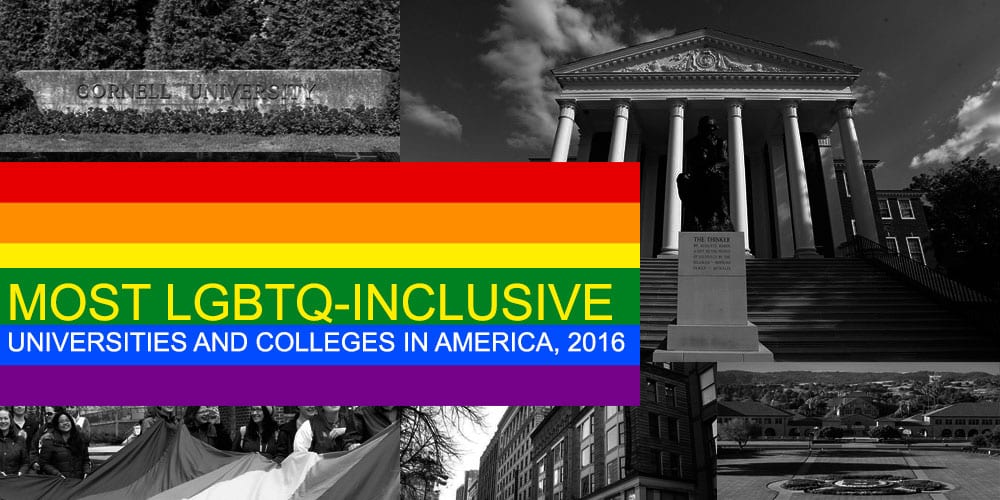 Cornell University has been named as one of the best universities in the U.S in welcoming LGBTQ students, according to the Campus Pride list of the top LGBTQ-inclusive universities and Colleges for 2016. Other institutions on the list include Penn, Princeton, UCLA, UMD and the University of Washington.

In order for a university or college to make the top list, they must score the highest percentages in the lesbian, gay, bisexual, transgender, queer or questioning (LGBTQ) friendly benchmarks for policies, programs and practices, conducted for and by LGBTQ experts in the field of higher education.

Take a look at the 30 most LGBTQ-inclusive universities and colleges, the order in which they’re presented is not intended to imply a ranking.

19. University of Illinois at Chicago

21. University of Maine at Machias

tweet
share on Facebookshare on Twittershare on Pinterestshare on LinkedInshare on Redditshare on VKontakteshare on Email
Prof. Dr. Amarendra Bhushan DhirajAugust 23, 2016