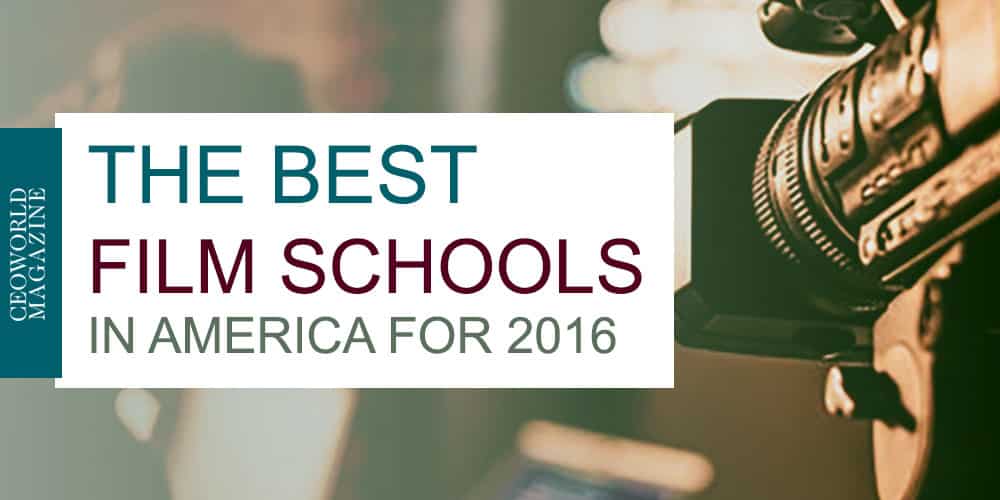 If you are considering a career in film and entertainment, CEOWORLD Magazine just released their list of the best film schools in the United States for 2016, with New York University Tisch School of the Arts (TSOA) coming out on top, followed by the American Film Institute (AFI) – located in the heart of the entertainment community in Hollywood.

Tisch School of the Arts ranked No. 1 on our overall list of the “Best Film Schools In America For 2016.” Rounding up the top five was AFI (No. 2), USC School of Cinematic Arts (No. 3), California Institute of the Arts (No. 4), and UCLA School of Theater, Film and Television (No. 5). Many notable alumni from these institutes are creating the box office blow-outs of today.

The Best Film Schools In America ranks institutes based on prestige, academics, program diversity, practical experience, unique career opportunities, and access to cutting-edge equipment. The 2016 rankings are based on a survey carried out between January and July 2016. The survey was developed and conducted by the CEOWORLD Magazine and includes responses from more than 28,400 individuals in film and entertainment industry. The margin of sampling error for the full sample of 28,400 respondents is plus or minus 1.2 percentage points. Respondents ranked schools on a scale from 1 to 10, with 10 being a perfect score. The scores for each school were averaged together and then ranked accordingly. In addition to sampling error, one should bear in mind that as in all survey research, there are possible sources of error—such as coverage, non-response and measurement error——that could affect the results.

Well, if you’ve ever dreamed of placing your imagination under lights and in front of a camera, check out these elite film schools. Lights, Camera….

Best Film Schools In America For 2016

4. California Institute of the Arts, Valencia

13. Savannah College of Art and Design

14. University of North Carolina School of the Arts

20. Ringling College of Art and Design

23. Northwestern U., School of Communication

tweet
share on Facebookshare on Twittershare on Pinterestshare on LinkedInshare on Redditshare on VKontakteshare on Email
Aimee Lee WebberAugust 22, 2016