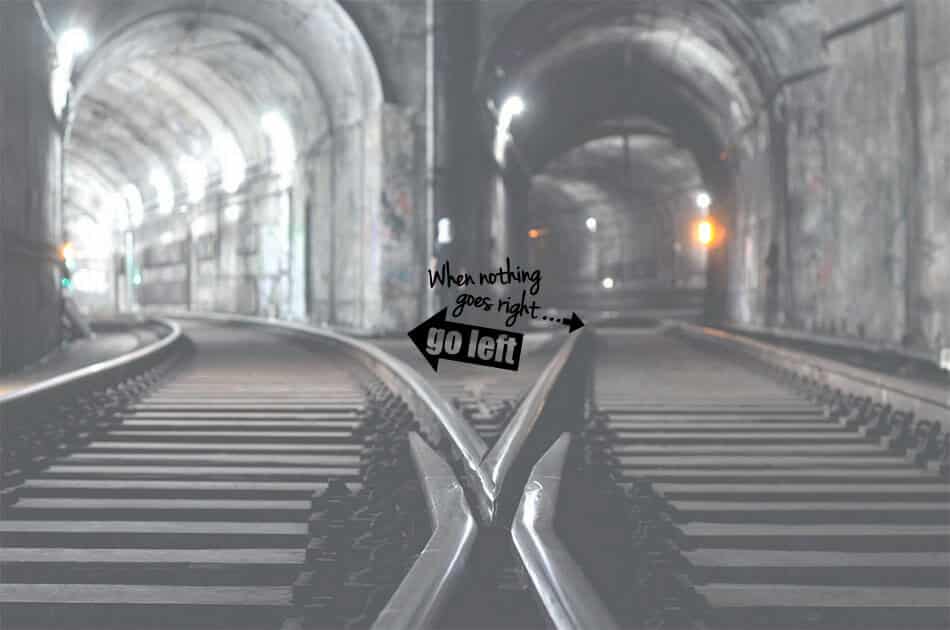 We all make them. Dozens, maybe more each day, they are OUR “DECISIONS.” And they have become increasingly risky and important to all of us, but even more important if you’re a business leader, leading a global-reach company. And here’s why.

What were fewer key decisions needed to be successful decades ago are today a plentiful minefield. Think about the consequences of a failed merger, or acquisition. Not good. How about a failed product line launch? Yikes! And maybe the worst: A failed manufacturing plant expansion. Serious stuff, right?

As a CEO advisor, I hear about these exact concerns — of success vs failure — from business leaders who understand the consequences, and yet still find themselves compelled to make important decisions without even a basic framework to help.

For some it’s like playing Black Jack in Vegas, for others it’s “analysis paralysis.” Whichever way you think is better, in today’s globalization world, the widening gap between them suggests we find a useful middle-ground way to bridge the gap, and fast.

Think about this. One of the most fundamental things a human being does in the course of a lifetime is ‘choosing stuff.’ We love it. It seems nearly everything we do, every move we make is a Choice. Like a virus, it’s taken over. “Making Choices” is now so pervasive to have infected nearly every culture and business worldwide. And we can thank the internet, and perhaps anyone under 30 years old with a smart phone. Which for all the great things they bring to all of us; they also bring an addiction to the need for speed, and the pressure that comes with making ‘snap decisions’.

But how can you “take your time” so to speak, when time is not a 24/7 Text App, but rather a major decision? Start here:

Decision or Choice: Which is it…?

Find any ones you like, or can specifically remember? There are literally 1000s of such events which over the course of time, the birth of the internet, and speed of social media developments that have to some extent seemingly conspired together to significantly blur the lines between Decision and Choice.

Isn’t making a Choice, though, the same as making a decision? Kinda, but there is a big distinction: A DECISION is something you “made” a long time ago, a contemplative analysis and review of the situation… whereas a Choice is the act of implementing the decision.

For example, we DECIDE to get married, but we chose our spouse. We decide to buy a new car, we choose the red one. We decide to grow our business, we choose where and how. Make sense? Choice is the Who, What, Where, When and How… while Decision is the WHY. So think about it… if you make a decision without objectively contemplating the “why,” you are unconsciously making a potentially hazardous ‘snap decision,’ putting “Choice” before “Decision,” and that can be seriously dangerous in business, or in your personal life.

A Framework for Making Better Decisions 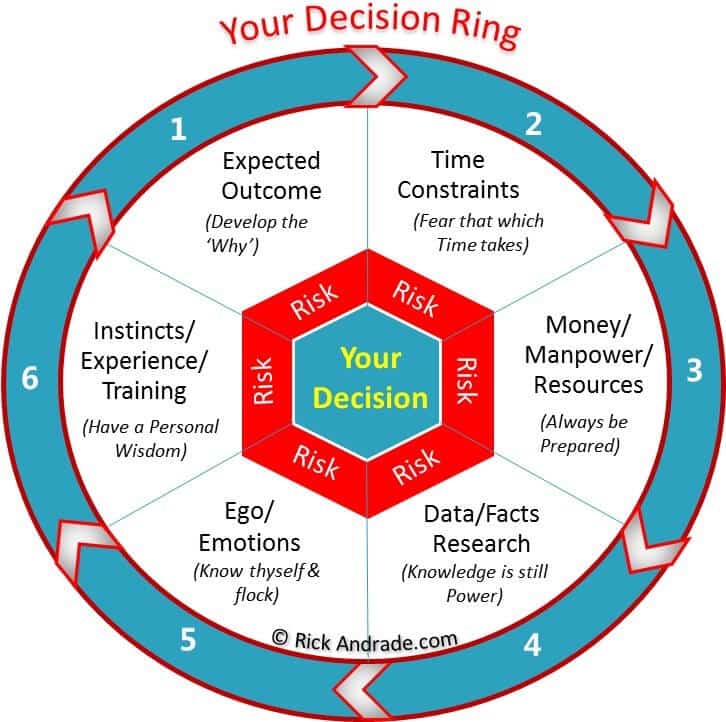 In the last year, and in a recent article: …How to Make Better Decisions, I analyzed and discovered 6 Key Principles of Decision-Making that arrests the impulsive digital-age desire to make a fast choice and move on, which in-turn gives you back a sense of control. I call them “Decision Rings;” designed to bridge the gap between a too fast ‘Choice’ and a too slow ‘Decision.’

As you can see, a Decision Ring is a simple 6-step circular process, and even if you never get past #1, ask the most fundamental question supporting any major decision; “Why the heck are we doing this?”  Because by asking “why” at the very beginning of any decision (or Choice), regardless of how much time you have to pull the trigger, if you can slow the contemporary urge to do so just long enough for a second guess – you just might take back what so many leaders in history wish they had.

So when you hear a friend or colleague say “you better make a quick decision or else,” draw a Decision Ring, and reflect for just a second or two: “Are we talking about a Capt. John Smith, or Paul McCartney?”

Here Are Some Quick And Easy Diet Tips For Business Travelers
Top 25 Highest Grossing Film Actors And Actresses Of All Time, 2016
These are the top 25 richest families in the United States 2016
My Two Life Changing Mentors and How I Pay it Forward Today

tweet
share on Facebookshare on Twittershare on Pinterestshare on LinkedInshare on Redditshare on VKontakteshare on Email
Rick AndradeJuly 7, 2016