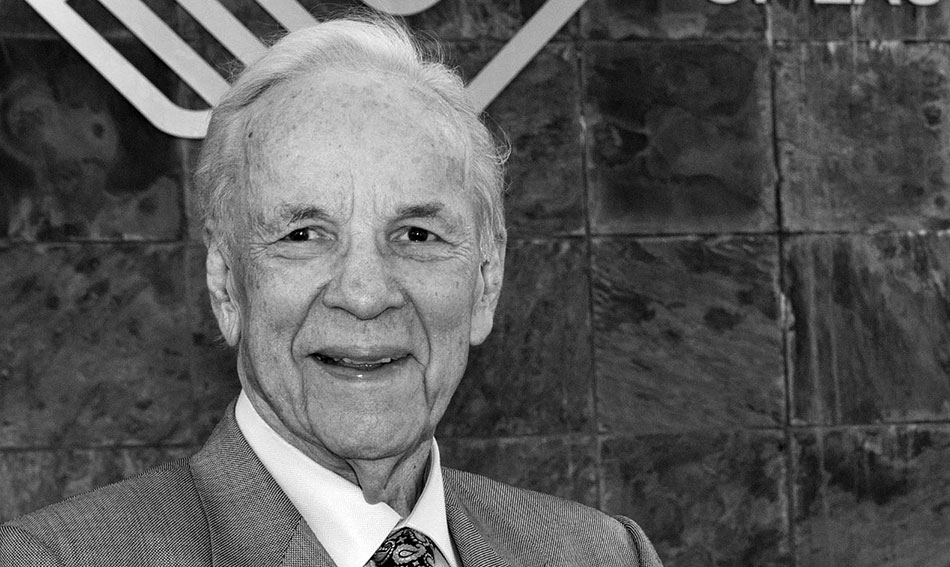 The entrepreneur turned philanthropist and real estate tycoon Conrad T. Prebys, the president of San Diego-based Progress Construction and Management, has joined the ranks of the world’s billionaires.

When he was a little boy, growing up in South Bend, Ind., Conrad Prebys stepped on a rusty belt buckle, contracted blood poisoning and spent a year bedridden.

Conrad T. Prebys is one of 5 sons who grew up in a blue-collar home a mile and a half from Notre Dame University.

Private school was not in the budget, so the Prebys boys attended Indiana University, where Conrad T. Prebys earned a bachelor’s degree in economics in 1955.

After stints working in management for a steel mill and running his own pizzeria, Prebys, at age 32, decided to move to San Diego in 1965.

After a few years, he and co-worker Tom Sparrow quit their jobs and together founded Progress Construction and Management. He bought out his partner in 1980.

2015: $1 million to the Masterpiece Trust and local public radio station KPBS. The trust, which has received a total of $2.5 million from Prebys and Debbie Turner since 2012, produces the critically acclaimed series “Downton Abbey.”

$15 million to the La Jolla Music Society to help fund a new $50 million performing-arts complex scheduled to open in late 2017. It will be called the Conrad Prebys Performing Arts Center.

$25 million to the Salk Institute’s endowment.

2011: $45 million to Scripps Health for the Prebys Cardiovascular Institute.

$15 million to the San Diego Zoo to redesign its big-cat and koala areas.

$1 million to the San Diego Hospice and the Institute for Palliative Medicine, adding to the Conrad T. Prebys Fund for Charitable Care established with a $1.5 million gift in 2009.

$2 million to the Salk Institute for an endowed chair in vision research.

2009: $10 million to the Sanford-Burnham Medical Research Institute, specifically for the Conrad Prebys Center for Chemical Genomics.

2006: $10 million to Scripps Mercy Hospital in Hillcrest for the Conrad Prebys Emergency and Trauma Center.

2004: $1 million to Boys and Girls Clubs in Santee for the Conrad Prebys Clubhouse.

tweet
share on Facebookshare on Twittershare on Pinterestshare on LinkedInshare on Redditshare on VKontakteshare on Email
Prof. Dr. Amarendra Bhushan DhirajApril 16, 2015