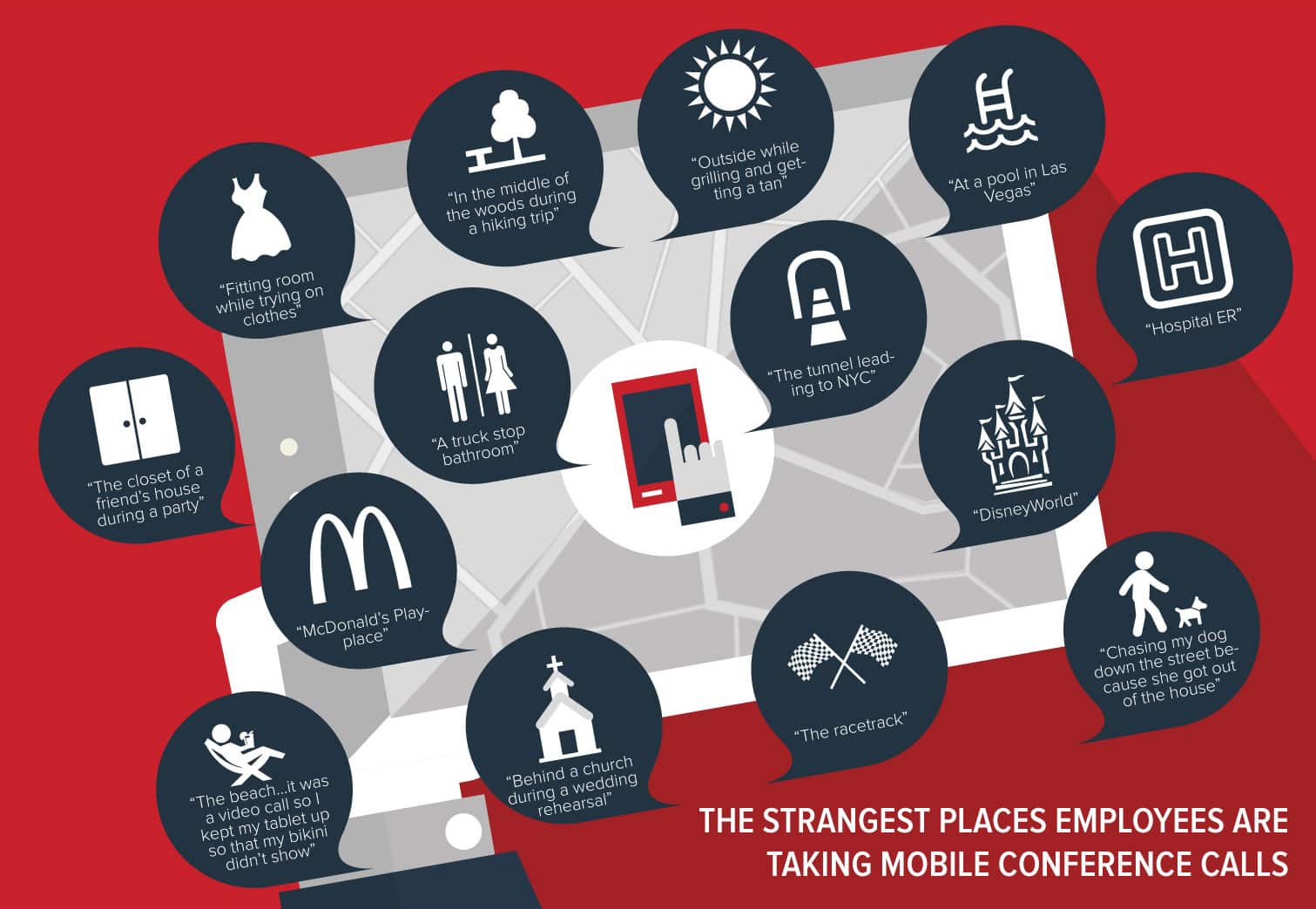 OK, so here’s a rhetorical question for you. What exactly are remote and mobile workers actually doing during conference calls?

Spoiler Alert: It’s probably not what you think they are doing.

It may come as a surprise to some, a new survey of more than 500 full-time, remote, and mobile workers by the conferencing company InterCall found what people are really up while they’re on a conference call.

More than a quarter of respondents also admitted to falling asleep during the call. A pretty gross display of multitasking — just as interesting were the places survey respondents said they took conference calls from.

There are gender differences when it comes to conference call behavior, according to InterCall’s study

The strangest place from which they have ever dialed into a work conference:

1. A truck stop bathroom
2. McDonald’s Playplace
2. The closet of a friend’s house during a party
4. The beach … it was a video call so I kept my tablet up so that my bikini didn’t show
5. Behind a church during a wedding rehearsal
6. The racetrack
7. Chasing my dog down the street because she got out of the house
8. Disney World
9. Fitting room while trying on clothes 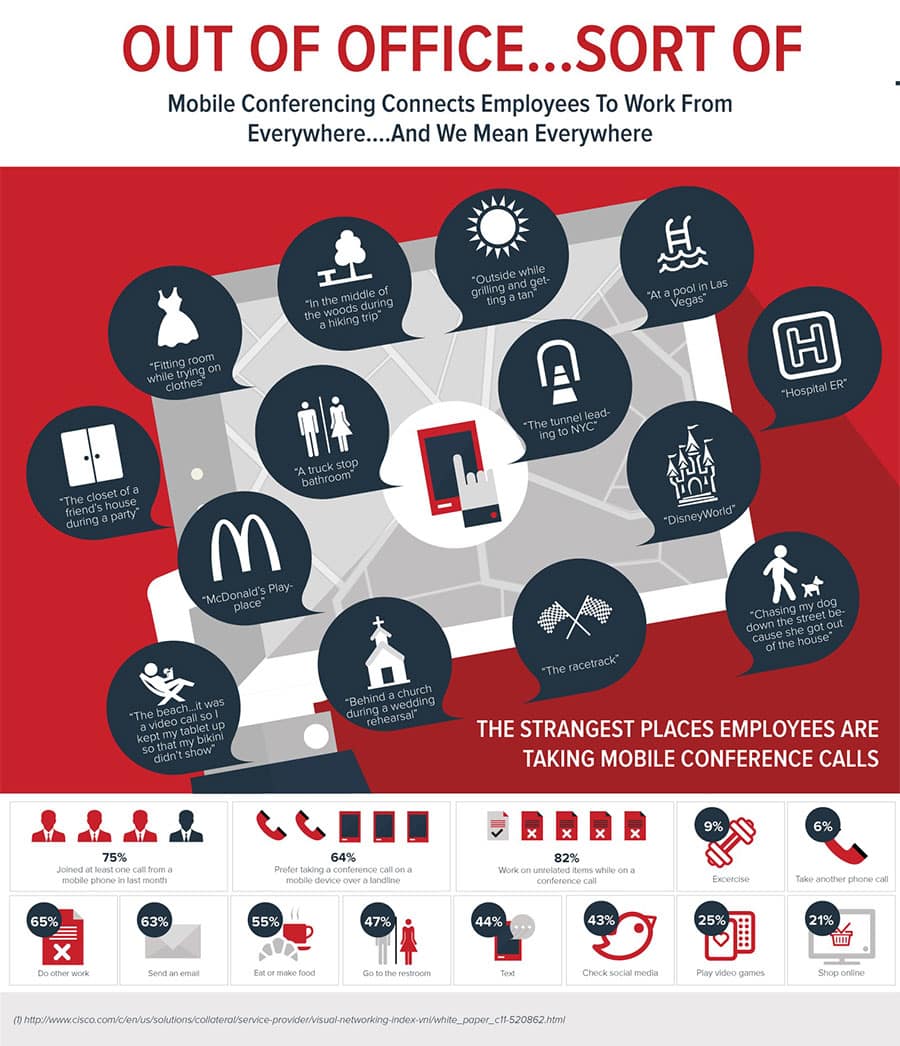 tweet
share on Facebookshare on Twittershare on Pinterestshare on LinkedInshare on Redditshare on VKontakteshare on Email
Aimee Lee WebberAugust 29, 2014