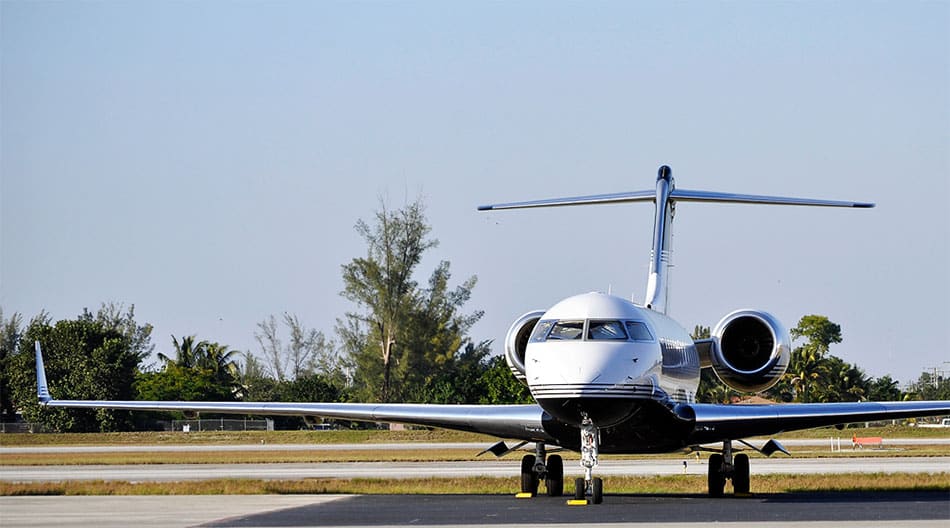 After several months of hunting for a new executive, extending an offer and closing the deal, your new leader will soon be joining you. If you think your job is done and it’s time to move on to the next project, think again.

CEOWORLD MAGAZINE recently spoke with author, executive recruiter and coach, Michael Burroughs. His groundbreaking book, Before Onboarding: How to Integrate New Leaders for Quick and Sustained Results, provides the rationale and steps necessary for a structured executive integration process that begins when an offer is accepted and concludes 90 days after the new leader’s start date.

CEOWORLD MAGAZINE: Michael, you’re a thought leader in the emerging field of executive integration. How did you first become interested in this subject?

Michael Burroughs: My first experience with a process for integrating new leaders came many years ago when I was a US Army officer. I was impressed with the concept, but the methodology I witnessed left much room for improvement. I decided that if I were ever in a position to design and implement a better process, I would. That opportunity presented itself many years later when I was the VP of organization development for a multi-divisional company. Several of our new leaders, both hired and promoted, were failing. For those who were successful, it still took too long for them to get up to speed. I designed, implemented and refined a process that had the right impact on our organization. Executives were up and running, sooner, and they were succeeding. Several of my colleagues suggested that I share this integration process with others. Their encouragement resulted in my book, Before Onboarding. I now advise organizations how to design and implement their own new leader integration programs, and combine my own process with executive recruiting projects.

What is the most common mistake you see regarding executive integration?

Michael Burroughs: Most organizations do nothing special to ensure the success of their new leaders. They focus most of their efforts on the selection process and take a “sink or swim” position once the new leader is on board. 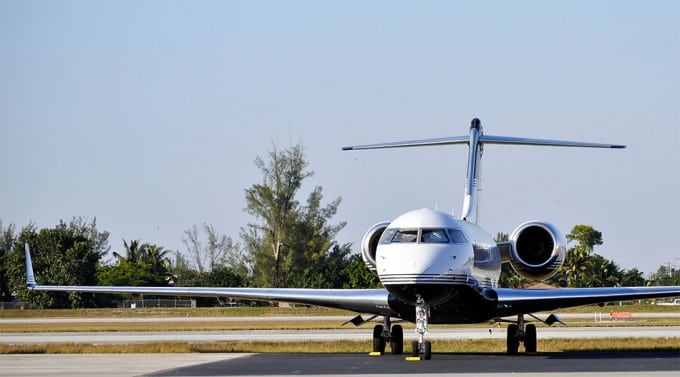 Why should our readers reexamine their executive integration strategies?

Michael Burroughs: There are several studies that all point to the same conclusion: far too many new leaders are failing to perform successfully. The numbers vary from 40 to 50 percent. That’s a staggering statistic! Many of those who fail will do so in two years or less. The studies also show that what a new leader does or fails to do in the first three months will impact this success rate. In short: those first 90 days are critical. Another key statistic involves ramp up time for new leaders, which ranges from six to nine months, depending on the study. Few organizations are willing to wait that long, yet most companies do nothing special to address this problem. Neither do they integrate new leaders they have promoted or transferred. While internally promoted leaders succeed at a higher rate than outside hires, the difference is minimal. The selection process is only half the challenge. What organizations do to ensure their new leaders achieve the right results quickly, avoid costly mistakes and build key stakeholder relationships early, has a direct impact on their long-term success. Organizations cannot afford to ignore this situation.

Why are many organizations ineffective at integrating new leaders?

Michael Burroughs: As a veteran executive recruiter and coach, I’ve often seen how the culture of an organization impacts a new leader’s success or failure. Top executives tend to think that if they have hired the right person, that individual ought to quickly thrive. Most organizations are ineffective at integrating their new leaders because they have not yet connected the dots regarding the payoff for doing so. When a new executive doesn’t measure up, there’s a tendency to “double down” on the selection process in hopes of being more successful the next time, as though it was the selection process that let them down in the first place. Companies often go to great lengths through assessments and other techniques, to ensure they have hired the right person. Yet the failure rates are still unacceptable. I remind my clients that the person they hired made it to the top of the candidate pyramid. But, again, the studies clearly show that that new leaders who are left to make it on their own during the first critical 90-day window, miss opportunities to be more productive sooner, and in some cases, they make early mistakes that can be career stoppers. Simply put, the “sink or swim” mentality is the most significant factor in new leader failures, and these failures are very costly to organizations.

What are some keys to successfully integrating new executives?

Michael Burroughs: I have conducted a lot of case studies of what some innovative organizations have done to solve this problem. They range from Fortune 500 companies to healthcare systems to state universities. For starters, in each situation there is a commitment from the very top executives to make an effective new leader integration process a part of their culture. Also, the HR organization fully supports, promotes and leads this process. This means having the right staff on hand or other resources available to do the work. At a minimum, an effective executive integration process must 1) begin before the new leader’s start date; 2) be overseen by an experienced executive integration facilitator coach; 3) directly include input from the new leader’s boss, peers and direct reports regarding the “must happens” in the first 90 days; and 4) extend beyond the new leader’s start date to anywhere between 90 days and one year. I outline methods for doing this in my book. 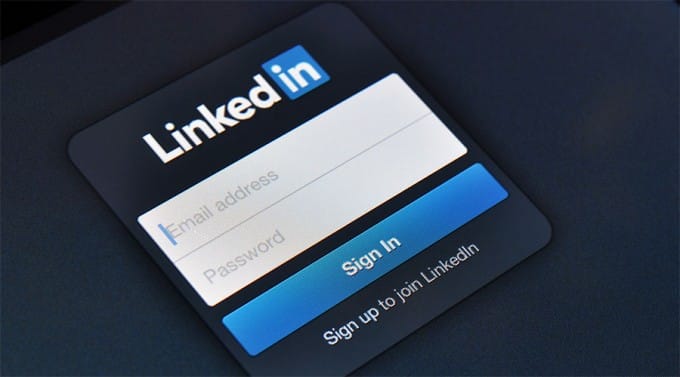 Michael, you mention the need for early successes in a new leader’s tenure. Why is this important?

Michael Burroughs: People need to see that the decision to put a new leader in place, whether an outside hire or internal promotion, was a smart one. The longer it takes for a new leader to fully assimilate, the higher the likelihood for missed opportunities or costly mistakes. I have never had a client for an executive recruiting assignment who has been patient for the right results. The question I am asked beyond all others is: “How long is this going to take?” Feedback I occasionally get when checking in with a hiring manager on the progress of a new leader is: “We’re happy at this stage with our hire, but we had expected to see results sooner than now.” Common feedback that I get from the candidates I place—candidates who have not been properly integrated, that is—is “I’m drinking from a fire hose! There is so much that needs to be done…” An effective new leader integration process can shorten this assimilation curve considerably. Everybody wins. And it sends the right message to the organization that we invest in our leaders’ success, and, moreover, many people are part of that process—the boss, peers, direct reports and other stakeholders. So in essence, everybody has some ownership in a new leader’s success.

What management levels are typically targeted for a new leader integration process?

Michael Burroughs: As new leader integration programs are still in their infancy, most organizations that have implemented them focus on senior executives VP and higher. The majority of these organizations have plans to extend the integration process to all levels of management at some point. The answer to your question is a simple one: All new leaders should be integrated into their new roles before assuming their new duties. One could even make the argument that the closer a new leader is to the people who make things happen in an organization, the more critical is the need. The sooner all new leaders can be integrated, the better off the organization will be.

How is executive integration linked to executive recruiting?

Michael Burroughs: At our firm, we provide our clients the option of having us integrate new leaders that we recruit for them. We use the model outlined in my book. Most organizations, however, recruit new leaders themselves. If they have an integration program in place, the process would be the same regardless of the source of the candidate. In today’s talent war, integrating new executives can be a strong differentiator for an organization. It sends the right signals to candidates that we are investing in your success. Our process begins when an offer is accepted and concludes 90 days after the start date. We call it, “pre-boarding.” We recommend that organizations follow that model. Waiting until after the start date costs precious time and is much less effective.

What are the differences in applying executive integration strategies to internally promoted or transferred individuals?

Michael Burroughs: The studies are clear on this. While internally promoted executives fair better than those hired from the outside, it is not by much. For external hires, much of the process is accomplished between the time an offer is accepted and the new leader’s start date. For internal promotions, there is a temptation to move them into their new roles immediately. The organization must delay those moves until the critical steps of the integration process have taken place. There are no steps in this process that differ based on whether the new leader externally hired or internally promoted.

Michael Burroughs: Loyalty to organizations is increasingly rare these days. It has to be earned. One way to do this is to invest in your new leaders’ success from the moment they accept your offer. The chances are very high that no other organization will have ever done this for them. I have never integrated a new executive who lacked a deep appreciation for having had integration support provided in their first weeks on the job. Organizations see the value in both productivity gains and costs avoided and wonder why they waited so long to do this.

*****
Michael Burroughs, author of the Before Onboarding:  How to Integrate New Leaders for Quick and Sustained Results,  is a managing director and Executive Integration Practice Leader at Sheer Velocity, LLC.

tweet
share on Facebookshare on Twittershare on Pinterestshare on LinkedInshare on Redditshare on VKontakteshare on Email
Jessica Todd SwiftMarch 4, 2014