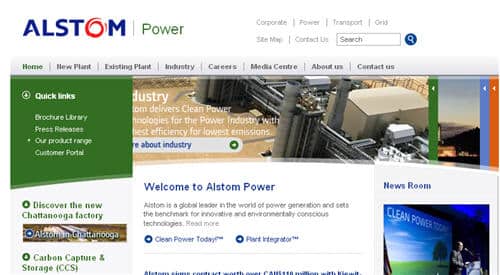 Alstom will provide 57 wind turbines of 1.67 MW each, for which the main components will be manufactured in Spain and Brazil and assembled on the three wind farms with commissioning planned for July 2011.

Alstom is a global leader in the world of power generation, power transmission and rail infrastructure and sets the benchmark for innovative and environmentally friendly technologies. Alstom builds the fastest train and the highest capacity automated metro in the world, provides turnkey integrated power plant solutions and associated services for a wide variety of energy sources, including hydro, nuclear, gas, coal and wind, and it offers a wide range of solutions for power transmission, with a focus on smart grids.

Under the contract Alstom will supply 57 ECO86 1.67MW turbines, which will be manufactured in both Spain and the company’s new Brazilian facility.

The ‘Brotas’ wind farm is due to come online in July 2011. The development will take the form of three different plants. The deal marks Alstom’s first Brazilian contract.

Desenvix is a subsidiary of engineering group Engevix, which has previously commissioned Alstom for a number of hydro-electric projects.

tweet
share on Facebookshare on Twittershare on Pinterestshare on LinkedInshare on Redditshare on VKontakteshare on Email
Megan BatchelorJuly 9, 2010