Chris Schueler, CEO, Simeio. As the Chief Executive Officer, Chris Schueler drives the overall vision and strategy for Simeio. He is a proven leader with 20 years of extensive experience in Go-to-Market (GTM), Operations, and Product Development in managed security services. With his solid depth of knowledge of the cybersecurity industry, Chris demonstrated phenomenal expertise in his roles in managed services for the last 15 years for global organizations like Trustwave and IBM.

At Trustwave, Chris led the security services, corporate strategy, and GTM at a global level. Under his leadership and design, the company witnessed significant growth in revenue and profit, which led Trustwave to become a global leader in all markets and analyst communities. Before that, Chris spent 11 years with IBM building, growing, and expanding their cloud and security managed services businesses achieving significant growth in revenue, margin, and NPS in both large public and small emerging environments. Chris is a veteran of the US Army and spent 12 years in Information Operations Commands. Most notably, he built the Joint Task Force Global Network Operations for the Department of Defense and served as the Director of Security Operations for the US Army.

Chris firmly believes in establishing a culture of innovation and creativity with added focus on consistent growth and development. He has been a driving force of employee development and culture, which according to his words," naturally leads to organization culture." Some of the initiatives introduced under Chris' leadership focus on a culture of growth, leadership development, learning, and development aimed at helping employees succeed.

Chris received a bachelor's degree in OMIS from Northern Illinois University and earned his Master of Business Administration from Auburn University. He is a health and fitness enthusiast and lives in Alpharetta, Georgia, with his wife and three daughters and enjoys spending time outdoors with his family.

Chris Schueler is an opinion columnist for the CEOWORLD magazine. Connect with him through LinkedIn. 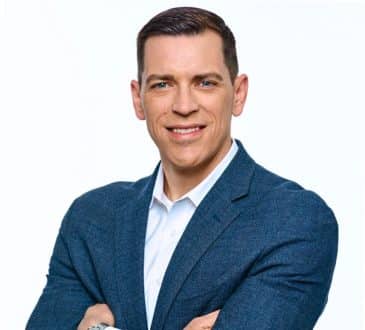 Chris SchuelerC-Suite Advisory
The landscape of responsibility is shifting: On the heels of Uber’s second data breach, it is now undoubtedly true that the future responsibilities for Chief Information Security Officers (CISOs) and Chief Security Officers (CSOs) are changing dramatically. As we have seen with this 2022 breach in particular, a cybersecurity leader can...