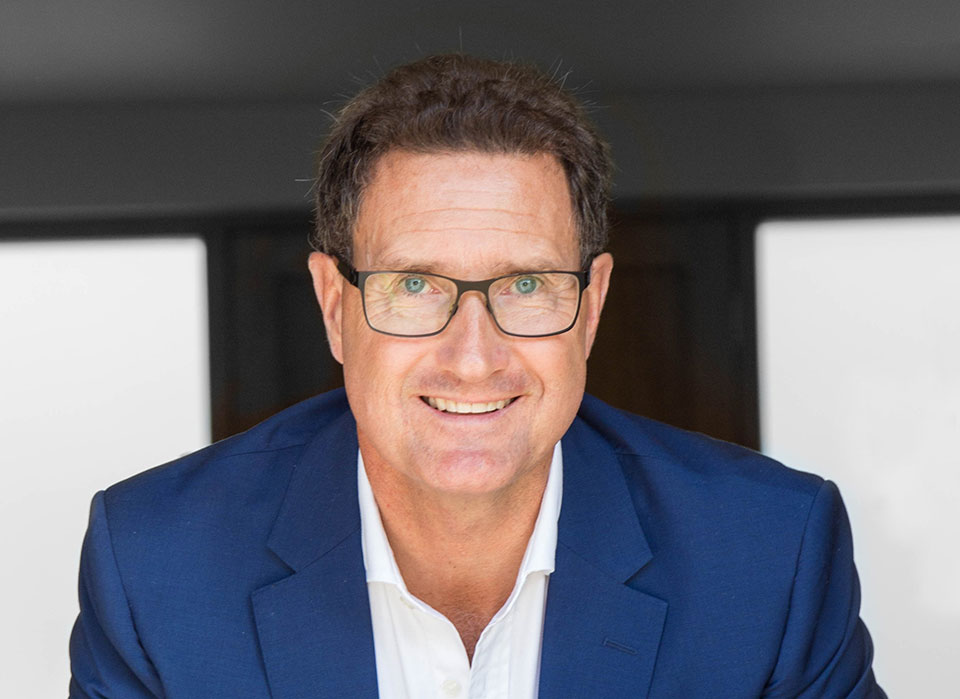 In my 25+ years of enabling business leaders to lead successful and sustainable change, I have determined that extraordinary leaders possess three core, critical skills:

Extraordinary leaders are focused on the delivery of outcomes that are sustainable. They have honed their influencing skills and worked on their emotional intelligence, knowing that when it comes to leadership, EQ trumps IQ hands down. And that 21st Century leadership is a team game, not a solo pursuit.

They also realise that every one of these attributes requires continual development. The future of their careers and their organisations depend upon it.

When it comes to the first two attributes of individual leadership (Delivery and EQ), each different type of leader between the two extremes of woeful and extraordinary can be plotted on a simple matrix that I have called ‘The Chequerboard of Leadership’.

The position on the board is not set in stone. No matter which square a leader may occupy today, they do not have to be imprisoned in that cell forever. They can move – preferably upwards and to the right – as long as they are aware of their position on the board and possess the desire to change. 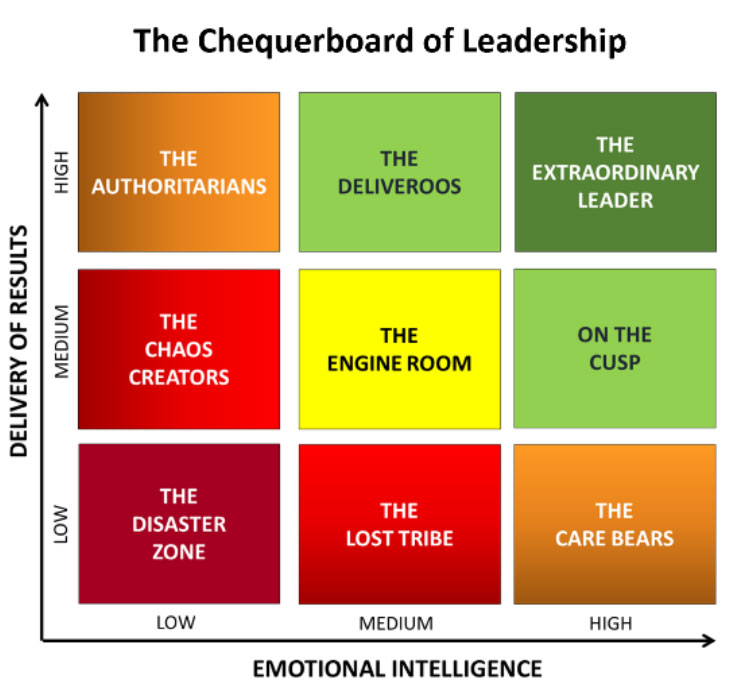 Where would you place your manager?

Where would you place each member of your organisation’s leadership team?

While the leaders who are floundering in The Disaster Zone may be irredeemable in their current role, every other type of leader on the chequerboard can transform to become better leaders.

‘Chaos Creators’ and ‘Authoritarians’ are renowned for delivering results that are short-term and leaving pandemonium in their wake. Helping them to move ‘eastwards’, developing their emotional intelligence skills, will enable them to deliver results that are sustainable.

Members of ‘The Lost Tribe’ and ‘Care Bears’ can move ‘northwards’, developing their delivery skills, which they will need to do if they wish to become relevant in the future.

The most populous square on the board is the one in the centre. ‘The Engine Room’ is also the square that contains a treasure trove of hidden potential. One global CEO once described it as his “permafrost middle-management layer”, but he was wrong. The Engine Room is full of leaders and managers that are so often taken for granted – and yet they are the backbone of the business.

This square can roughly be divided into two:

Too many organisations still conflate leadership with people management, which is a mistake. In today’s world of flattening organisational structures, virtual teams, hybrid working, outsourcing, partnerships and accelerating change, leadership is about influencing people across departments and outside of the organisation – to deliver the outcomes you need.

Leadership today is not about hierarchy. It is about influence. And leaders exist at all levels of your organisation.

The third trait of an extraordinary leader is the ability to build leadership teams that trust one another and work together to deliver shared objectives. 21st Century leadership is a team game, not a solo pursuit.

Leadership teams exist on a spectrum – from dysfunctional to extraordinary. They also exist at every level of an organisation – and each team must be functioning as well as it can if the unit, division, department or organisation is to succeed.

Organisations with dysfunctional leadership teams consistently under-perform. Some are weakened so much by the actions and inactions of their most senior team that they have to be rescued or become take-over targets. Some go under.

But even dysfunctional teams can be transformed – as long as the team leader is ready, willing and able to do so. They can move across the spectrum – first to ‘Fragile’, then onto ‘Developing’ and finally to ‘Extraordinary’.

Transforming dysfunctional leadership teams is challenging, but the alternative is far worse – as so many leaders have discovered.

Here is an abridged version of the spectrum: 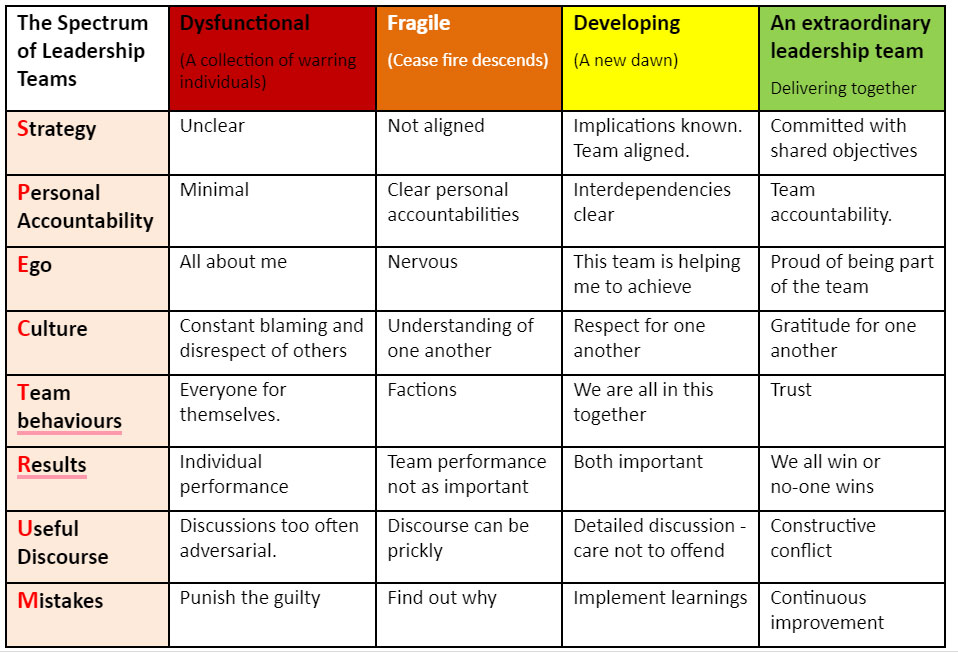 Where would you place the team you lead on the spectrum?

Where would you place the team of which you are a member on the spectrum?

Where would you place your organisation’s leadership team?

Campbell Macpherson is a sought-after speaker and international business adviser on leadership, strategy and change. He is an Anglicised Australian based in the UK and can be found wherever his clients need him to be. Campbell is an Executive Fellow of Henley Business School and author. His first book, The Change Catalyst (Wiley 2017), won 2018 Business Book of the Year in London. His second book, The Power to Change: How to Harness Change to Make it Work for You (Kogan Page 2020) was a Highly Commended Runner-Up in the 2021 Business Book Awards. His third book, You: Part Two (thriving in the second half of your life) was co-authored with his yogi wife, Jane Macpherson, and was published in 2021 by Hachette. All of his books are available from Amazon US & UK and Booktopia in Australia. More information about Campbell can be found Here.

Lisa BrownStats Gate
As of November 24, 2022, Stefan Persson was the wealthiest man in Sweden, with an estimated net worth of 15.4 billion...

Lisa BrownStats Gate
As of November 24, 2022, Amancio Ortega was the wealthiest man in Spain, with an estimated net worth of 62.9 billion...