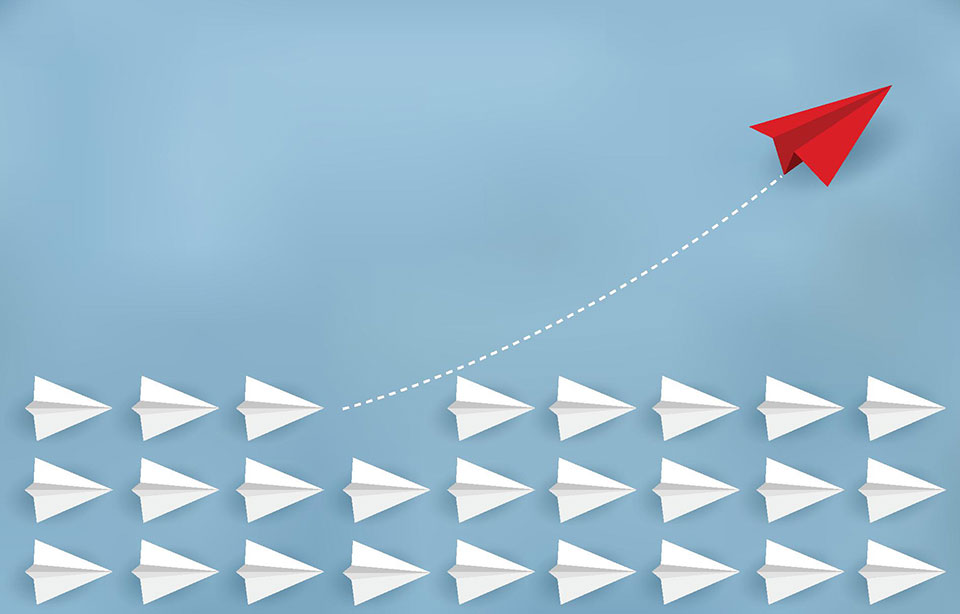 It’s been a steep learning curve. The breadth of change for leaders due to the global pandemic has been dramatic. We’re changing what we’re doing, how we’re working, where we’re sitting, when we work, and how we live. Success at work has been categorically redefined, and some are faring better than others.

During my hundreds of hours of coaching this past year, I’ve watched executives adapt in varying degrees. Most have determined new routines and have gained confidence. Broadly speaking, they are achieving many of the challenges these times have demanded. And yet, there is also significant burnout, as well as despair at the amount of time and energy necessary to accomplish the goals in an entirely new context. How well leaders adapt – and their ability to help their teams adapt – has largely to do with the emotional and psychological reserves of leaders, sometimes called resiliency.

It’s in these times that leaders will want to remember one of the principles of people leadership: Leadership is not a role, it’s an experience. What makes an experience satisfying will depend, in part, on the individual, but social scientists have also identified the importance of avoiding feelings of stress and overwhelm by organizing each experience with a beginning, middle, and end. Doing so creates environments where people can stay grounded, focused and connected. Over time, teams learn how to complete tasks in complete gestalts, loosely defined as wholes, resulting in increased trust and higher performance.

Holistic (wholistic) experiences are achieved, in part, through (1) the structure of interactions and meetings, and (2) the ability to engage with others about both the task and the group process. As an organizational development consultant for 25 years, I’ve always believed that the most powerful tool a people leader has is in setting the agenda.

While this has always been a game-changing skillset for managers, it’s even more imperative now since many employees working from home will find it more difficult to exchange informally in the hallways, or brief stops in colleagues’ offices. As such, phone and Zoom calls – now the norm – become precious opportunities to achieve more and bring their teams to the next level.

But Zoom meetings strung one after another mean that people are rarely fully present. At the start of each meeting, leaders can expect that members are still processing the feelings, decisions, and implications from the meeting prior. Without adequate transition time, leaders should expect meeting participants to have at least half their brain attuned elsewhere. This equates to less focus on the current moment and meeting.

Helping people close what they were pondering to become more present, while simultaneously expressing their emotional and psychological realities, is a deliberate act. While opening a meeting with informal questions and chatter is common, what is less common is moving the conversation to achieve multiple things at once. Leaders who ask for each person to check-in, to share a thought before diving in, allow for the transition. Sample check-ins are below, with a word in parenthesis that might reflect the leader’s clear intention:

–       Is there anything you need to put aside so that you can be fully present in this meeting? (support temporary closure of other topics)

–       What is sticking with you from our last meeting and why? (address lingering thoughts and feelings)

Help them be here now:

–       In a sentence, what do you most want from today’s meeting? (hear individual wants or expectations)

–       What do we need to pay attention to as a team as we begin today’s meeting? (bring attention to the needs of the collective group, in contrast to individual wants)

–       What is one wish and/or one concern about today’s meeting? (hear expectations; shape the agenda)

Help them close and open:

–       In one or two sentences, what’s the best thing that happened to you today? And how can you stay with that in this meeting? (personal sharing to build rapport; lift energy)

–       How are you feeling as we begin this meeting? (hear emotional states to determine what’s needed)

Leaders building a resilient team need not respond to each comment or person. The goal is to give each person a space to share and process feelings and thoughts, and build trust with each other by listening carefully and creating a safe environment. Leaders often leave the statements to stand on their own, but might ask the team what they noticed about the collection of statements. Allowing team members to make sense for themselves about the group’s needs (instead of only the leader’s interpretation) is an opportunity for the group to move toward interdependence (and high-performance). Of course, if a concern is raised that the leader can address, the leader will likely want to respond or address it in some way before moving on to agenda item #2. Note that a check-out at the end of each meeting, as well, is highly useful to reveal assumptions and feelings, understand how members have made sense of their experience, and provide feedback to the leader and each other.

Leaders have learned a lot about resilience during the last year. Their ability to create experiences that take into account psychological processes will further build resilience in both themselves and their teams. And with more change on the horizon for 2021, leaders can take deliberate steps to do so — starting at their very next meeting.

tweet
share on Facebookshare on Twittershare on Pinterestshare on LinkedInshare on Redditshare on VKontakteshare on Email
Lisa J. KossFebruary 11, 2021

Lisa J. Koss is the co-founder and a partner at Ontos Global. She has 25 years’ experience in global leadership, team development, talent management, executive coaching and design and organizational change initiatives. Her proprietary coaching model has been taught in 9 different languages across the globe. Her clients include Kaiser Permanente, ITT, Xylem, British Petroleum, Honeywell, Hewlett Packard, General Electric, Ernst & Young, and many more. She lives in the San Francisco Bay Area in California. Her new book is Leading for Learning: How Managers Can Get Business Results through Developmental Coaching and Inspire Deep Employee Commitment. Lisa J. Koss is an opinion columnist for the CEOWORLD magazine. Follow her on LinkedIn.
view all posts