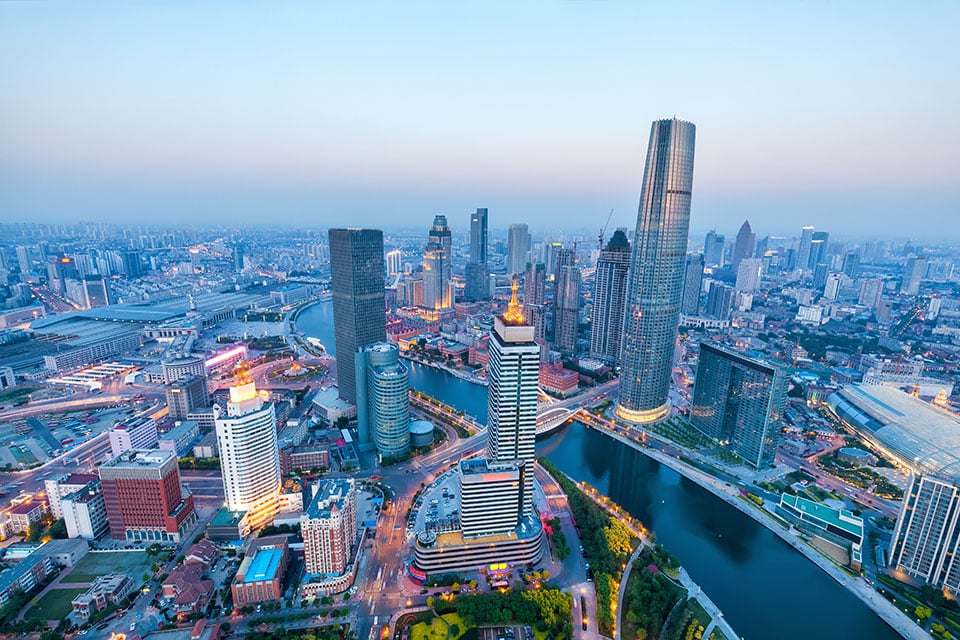 The Chinese economy is trying to recover from the Covid-19 outbreak, though if the government initiates recovery help, then the Chinese single market will develop even faster.

Due to the Covid-19 outbreak, the National People’s Congress that should have taken place in March was postponed, it almost illustrates the situation that the official GDP growth forecast for this year, for the same reason, is also missing– and might never be announced, nobody knows. But do the investors need the GDP growth target at all, as they are awaiting the economic rebound in China with great hunger, and is the recovery moving on?

Almost all governments have a GDP growth target that is embedded in the fiscal budget outlook, which makes good sense. Though in China, the GDP growth target has traditionally really been used as a target, regardless whether the growth was healthy, or unhealthily growth fuelled by public spending. Ahead of the congress in March, which was postponed, it was already clear that the Chinese economy would experience a disastrous first quarter. This was confirmed on the 17th April, when the first quarter GDP growth was released from China and showed a bitter minus 6.8 pct.

China was the origin the Covid-19, therefore also the first country that experienced an outbreak of the virus. Being the first to get hit by a pandemic does not necessarily translate to being the first one out it, though China is currently seen as being out. The classical thinking in the financial markets is always to focus on the next step, which is the recovery. There is certainly nothing wrong with that, but the challenge is, also concerning China, whether the reality is as straightforward as the financial markets would like it to be?

Since China was declared “cured” for the virus, one could claim that the country was ready to move forward with full steam ahead, at least if one focuses on the production capacity. My concern since the lockdown of China has been that the lockdown blocked the virus from spreading, but it did not eliminate the virus, although the lockdown eliminated the economy and generated value destruction. Judging from the different data and information from the past month, I don’t see strong signals confirming that the rebound is accelerating.

Right now, it is a true risk that the Covid-19 virus will start to spread to some extent again, though it’s too early to say if the risk is enough to, for example, dampen the consumers mood to spend money again. So far, the official China has supported businesses with liquidity and loans, though not compensation for lost income/sales. I take it as signal towards an official trust in the corporate sector’s capability to manoeuvre through the crisis through its own strength. Though the developments in China are far from doleful, and there even is a movement towards some government economic support, but the latter does not necessarily make me cheerful.

It was a positive surprise that Chinese companies’ expectations for the future (the PMI index show in graphic one) rose to index 52 (index 50 is neutral) in March, after the expected extreme dive in February. The result from March was even higher than before the Covid-19 crisis, which is why I am very excited about the coming reading for April, which will be published on 30th April.

The crisis also resulted to consequences wherein revenues among Chinese provinces were dropping so much, that on 20th April, China’s Ministry of Finance, on behalf of the provinces, announced additional bond issues for one trillion RMB ($ 141 billion). The money will solely be allocated to infrastructure investments and the Ministry of Finance has called for projects to be selected by the end of May. As investments in infrastructure in China are very quickly measurable in the GDP growth, this is a clear signal that the initiative is aimed to boost the GDP growth in the second half of this year. This is of course interesting, but this is where I get less excited about government spending, as it is getting harder to find profitable infrastructure projects in China. These criteria are just as important for public investments as it is for private investments.

It still belongs to my main scenario that Beijing will one day open its wallet towards economic support to both households and the corporate sector. This move would truly support the stock market, but the economic aid will be very domestic-oriented. My primary mega trend scenario is also that China’s economy is moving towards becoming the world’s biggest single market.

This development is happening much faster than many people realise, which for example can be illustrated by graphic two. Before the global financial crisis in 2006, the Chinese export represented 36 pct. of the GDP, now it is below 20 pct. And just think about how much the Chinese economy has grown in absolute terms over the past 15 years, in total, this is a good indicator how the domestic economy has grown in importance during the same period. I expect that if the government in Beijing initiates an economic recovery plan, then it will speed up the development of China’s single market even more.

China Export as a share of GDP (in pct.)

tweet
share on Facebookshare on Twittershare on Pinterestshare on LinkedInshare on Redditshare on VKontakteshare on Email
Peter LundgreenApril 28, 2020