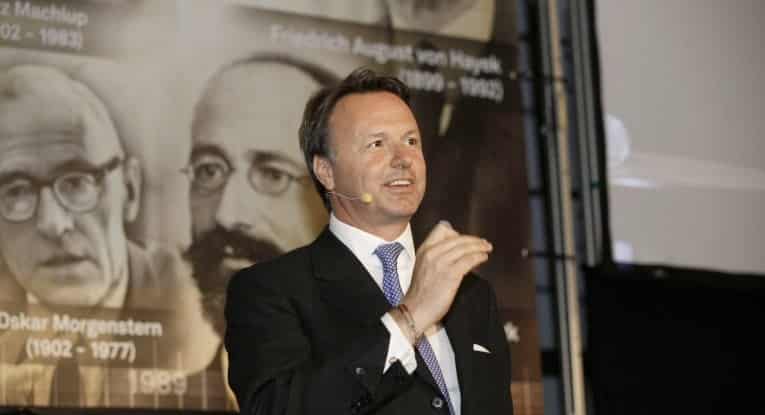 One thing about Nikolaus Kimla is undeniable: he intrinsically understands sales, and as the Founder and CEO of Pipeliner CRM, a customer relationship management platform purpose-built for salespeople, and its associated media channel SalesPOP!, it makes sense.

The Vienna-born, California-based entrepreneur discovered his aptitude for sales early in life, starting his first business at 16 selling t-shirts and sweaters. By 18, he had started his first photography studio. Then, at 23, he bought his first Apple Macintosh computer – the first ever to be released – and discovered a fascination with the relationship between hardware and software, which prompted him to learn the ins-and-outs of software development. This led Kimla to start his next business, uptime Technology, which laid the foundations for the five additional businesses he founded over the subsequent 30 or so years, three of which are still going strong today.

Over these 30 or so years, Kimla dedicated himself to understanding not only the complexities of software development, but also the motivations that drive people. As a subscriber to the Austrian School of Thought, he realized he could use these learnings to marry two of his passions: software and sales, developing Pipeliner CRM, a tool which he believes has the power to make the world a better place.

Business, Sales, and Salespeople: The Driving Force Behind a Better World

So how exactly can a CRM platform create a better world? According to Kimla it’s fairly straightforward, but to fully understand, the world as a whole must first be examined. In doing so it’s clear to see humanity is not in a great place, with a widening socioeconomic divide, self-serving politicians, famines, and environmental disasters – like the climate crisis – constantly making headlines.

Kimla believes that although the current situation feels dire, there is hope on the horizon, and that hope lies in an unexpected place: sales.

How? Kimla describes that sales and business have been the cradle of globalization, driving economies, creating jobs and vast sums of wealth, uniting countries, and now, has enabled businesses to overtake politics in terms of both societal and environmental impact. He puts it simply: “if the world needs to change in any aspect, it’s businesses who are responsible for steering the planet towards those changes. The people at the helm of that change? It’s salespeople, and that’s who we need to empower.”

Pipeliner CRM: The Birth of the Empowered Salespreneur

Pipeliner CRM is a sales enablement software built specifically for sales management and salespeople on 150 years of sound, proven business principles taken from the Austrian School of Thought, which Kimla has happily implemented in each product line and in Pipeliner’s overall company strategy.

These principles focus on the motivations of the individual which, in the way our current society operates with long commutes, considerable hours spent working in a physical office, and low average wages being the norm, are not being satisfied.

Pipeliner disrupts not only the CRM space by leveraging the latest technology and the science of cybernetics to quickly and easily integrate with all other systems to enable shorter onboarding and training times. It also disrupts the current way businesses and society operates by enabling salespeople to work from anywhere in the world, essentially empowering them to run their own businesses. Kimla describes this new generation of salespeople as “salespreneurs.”

The Future of Work and Potential Impacts

While it may take some time to be widely adopted, Kimla sees a future of work where being a salespreneur is the norm. Physical offices, crowded call-centers and long commutes will make way for flexible working arrangements, the removal of commutes, and salespreneurs all over the globe. These agents will run their own businesses, set their own hours, and ultimately make more money by taking a slice of the sales they make for themselves.

So how exactly does this impact the world if the concept of salespreneurs is widely adopted? Kimla believes that, considering the tens of millions of salespeople currently employed globally, the impacts of this shift would be significant, describing them as:

It’s still a long way away, but Kimla has already started the salespreneur shift by beginning with Pipeliner. He describes their approach in implementing this as the most progressive and green approach of any company within the space, providing the products and knowledge to salespreneurs so they can excel in all areas of business. All the salespreneurs have to do is provide the time and energy.

As for his motivation? Kimla states he has a complete belief and faith in sales as the wealth creators and peace producers of the world, stating: “Everything begins with sales, all the way back to the Stone Age when trade began. Only now, sales and trade are the solution to the economic equalities and the turmoil we, humanity as a whole, are facing”.

tweet
share on Facebookshare on Twittershare on Pinterestshare on LinkedInshare on Redditshare on VKontakteshare on Email
Anna PapadopoulosMarch 1, 2020