CEOWORLD magazine - Top Stories - Stats Gate - Which countries are most and least prepared to deal with an epidemic or pandemic like the Coronavirus? 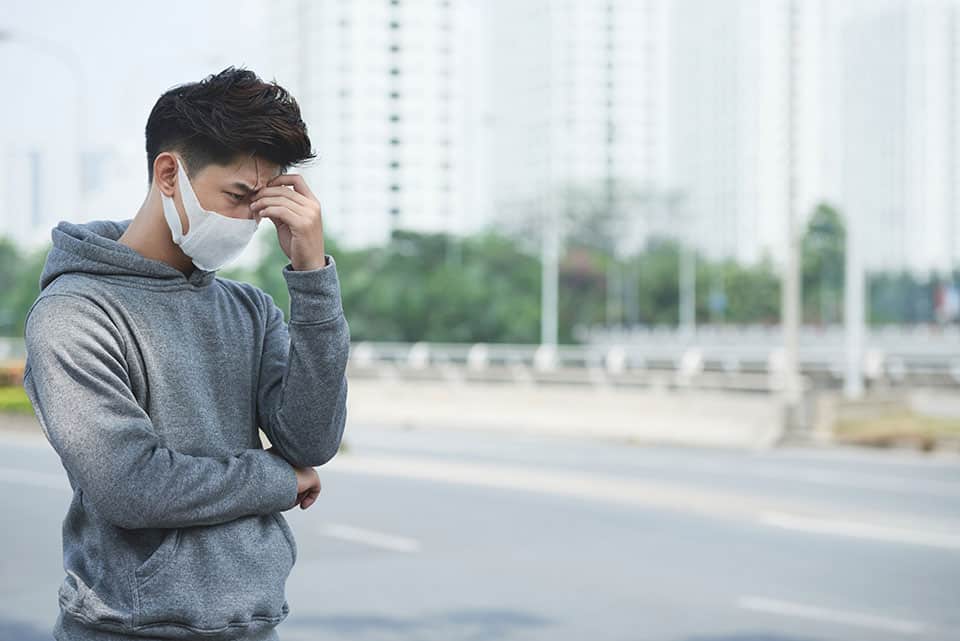 Unsurprisingly, the United States is the most prepared country to deal with epidemic or pandemic like the mysterious Coronavirus, that’s according to the Global Health Security Index. The United Kingdom came second with 77.9, followed by the Netherlands with 75.6.

Within the QUAD countries, the United States was ranked 1st, followed by Australia at 4th, Japan at 21st, and India at 57th. The four QUAD countries represent over 1,850 million or 1.37 billion people. The QUAD members are known for their significant influence on international affairs; all are members of G20. As of 2018, these five nations have a combined nominal GDP of US$30 trillion and an estimated combined GDP (PPP) of around US$40 trillion.

The Global Health Security Index is the first comprehensive study of global health security capabilities in 195 countries. The index analyzed preparation levels by focusing on whether nations have the proper tools in place to deal with large scale outbreaks of disease, with scores measured on a scale of 0 to 100 where 100 is the highest level of preparedness.

Unfortunately, Equatorial Guinea (No. 195) is the least-prepared country when it came to containing diseases, followed by Somalia (No. 194), North Korea (No. 193), Sao Tome and Príncipe (No. 192), and Marshall Islands (No. 191). Of all continents, Africa scored lowest. So far at least, no country in Africa has confirmed a case of the coronavirus.

Coronavirus outbreak has not been classified as an epidemic by the World Health Organization (WHO), but the disease has already killed 100 people and infected more than 4,500 since being detected in China’s Wuhan at the end of December. 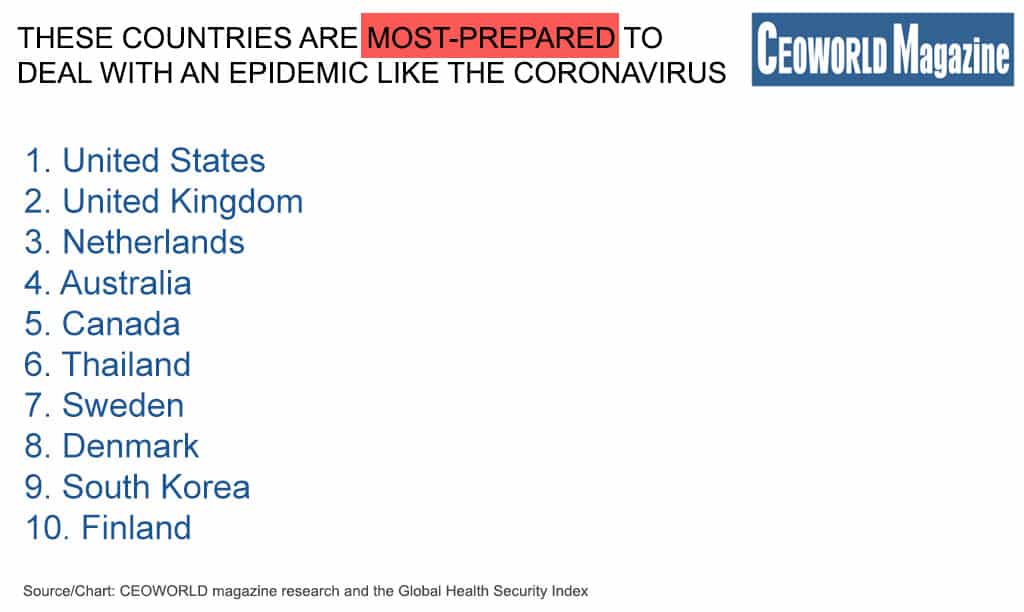 CEOWORLD magazine - Top Stories - Stats Gate - Which countries are most and least prepared to deal with an epidemic or pandemic like the Coronavirus?

tweet
share on Facebookshare on Twittershare on Pinterestshare on LinkedInshare on Redditshare on VKontakteshare on Email
Sophie IrelandJanuary 30, 2020