CEOWORLD magazine - Top Stories - C-Suite Agenda - As the Leader, Are You a Part of Your Team or Apart From It? 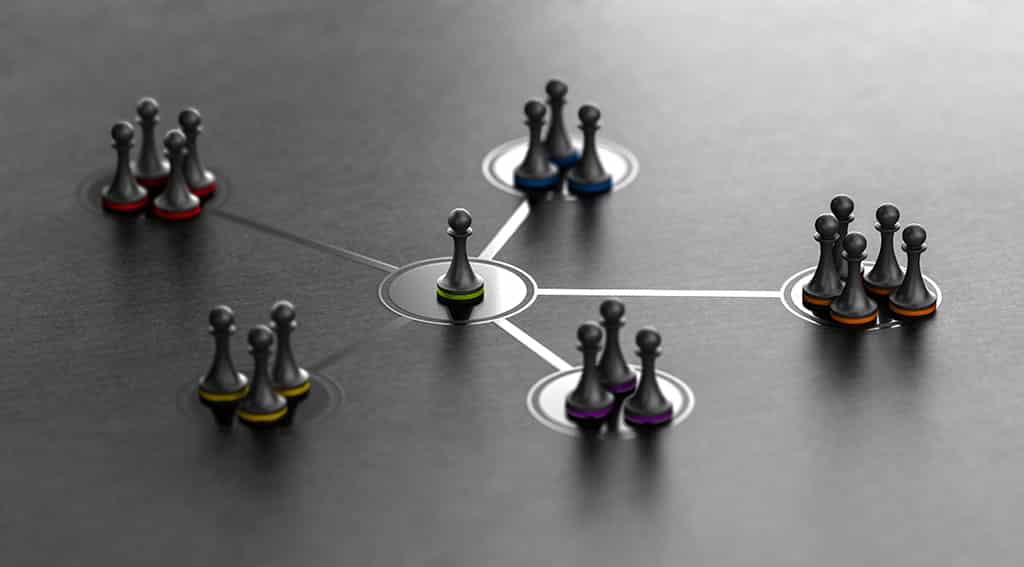 Over the years, I have asked many leaders:  Do you consider yourself a part of the team?  Or do you think of yourself as apart from it?  The answers have been all over the map.  Some say they are part of the team, others see themselves as separate from the team, while many were not quite sure what I was asking.  While some leaders like to consider themselves part of the team, they struggle with the concept both intellectually and in practice.  In large part, it’s because they believe they are there to direct, coach, and provide support, but they’re not really on the team.

Here’s what a leader being part of the team looks like:  Years ago while working at Mullen (today MullenLowe) I participated in a new business pitch, and agency CEO Joe Grimaldi closed the presentation by stating to the prospect, “You won’t come across another agency who will care more than Mullen about your business and your success!” I’d had been at the agency just long enough at the time to want to stand up in that moment and say, “He’s right, you know!” I had worked for a number of agencies over the years, and it was the first time in my life I had ever heard those words from a CEO delivered with such conviction and sincerity.

For starters, Mullen’s CEO was part of the presentation team, not sitting back at his office.  His presence at the meeting was a clear demonstration to the prospective client that its business was important to agency. What’s more, Grimaldi’s words were backed by a culture that he, Edward Boches, and others had built over many years. While I was there, the leaders lived it, modeled it, and inspired it in everyone at the agency in a manner that was palpable. (Mullen won the business, by the way).

The Power of the Leadership Triad

Years later, in 2012, I became acquainted with a wonderful book titled Tribal Leadership and had the good fortune to spend some time with one of its coauthors, Dave Logan.  A central theme of the narrative is its five stages of culture, which the authors ascribed (by percentage) to companies which live these cultures each and every day.  The results were sobering but instructive when it comes to the value of being part of the team.

Stage One is the “Life Sucks” culture.  As you might imagine, this is not only a less than ideal work environment, but a culture that resembles a prison gang more than a place of employment.  Based on their research, the authors said that roughly 2% of companies fall into this toxic category.  Stage Two is the “My Life Sucks” culture.  The authors claim that 25% of companies have people who essentially do just enough work to keep from being fired. These employees believe, “Your life may be fine, but mine, not so much.” They can’t wait for their work day to end, and their weekend plans take precedent over anything that might involve bringing their A game to the job at hand.  Stage Three is the “I’m Great” (you’re not) environment, found in 49% of companies.  This culture features command-and-control leaders, who would certainly be categorized as operating apart FROM their teams as opposed to being a part OF them.  If you’re keeping score, the less than ideal cultures described thus far represent 76% of the workplaces researched for Tribal Leadership.  (To learn about culture Stages Four and Five, check out the Tribal Leadership link above).

During our research for The Power of Peers, we found that when examining high performing groups and teams, the high performers had leaders who were a part OF a group/team, rather than apart FROM it.  The illustrations below paint a picture. 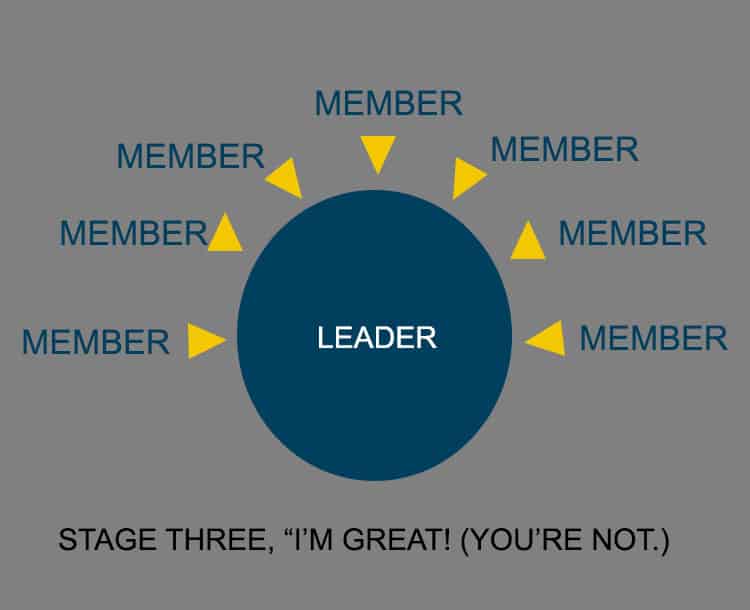 Note the relationship between the leader and the team members as well as the relationship the members have with one another.  Here’s what being apart FROM the team looks like.  While it’s how most companies are run, it hardly promotes much in the way of true teamwork.

The second illustration was developed in cooperation with Dave Logan during the writing of The Power of Peers. 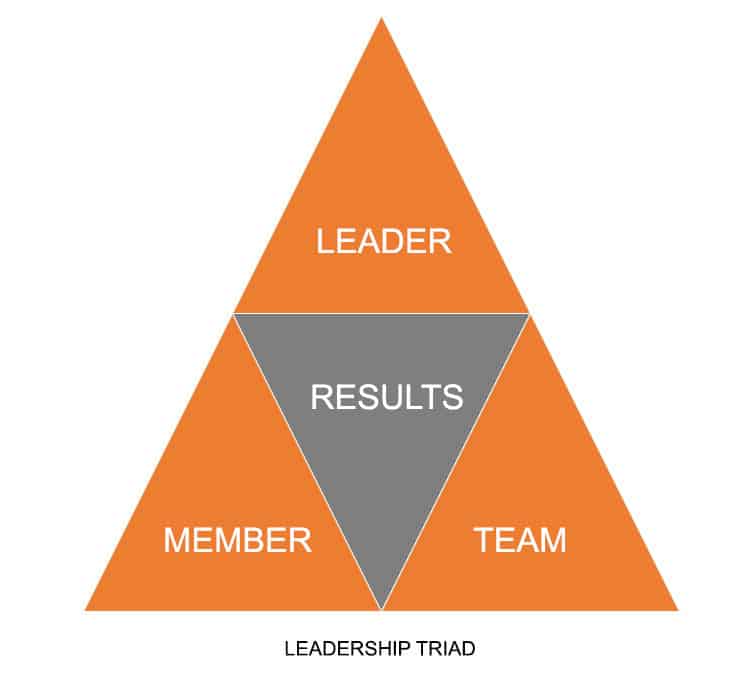 In this model, the leader, the group/team member, and the group/team itself are connected and realize they all have a role in assuring their success.  While the word “Results” sits in the middle of the triad, you could replace that with whatever outcome you like, including a positive culture, productivity, alignment, engagement, etc.  It’s not about a team trying to achieve results for the leader or team members looking to the leader as a single source of inspiration. Every member of the triad enjoys a shared responsibility for achieving excellence.

Life is Better When You’re Part of the Team

Leaders who are a part of their teams are in the best position to model behaviors they want all of their team members to embrace.  It’s how Joe Grimaldi led Mullen, and it’s why Stage Four “We’re Great” and Stage Five “Life is Great” cultures are found among many of the world’s top performing groups, teams, and organizations.  So what about you?  Are you a part of your team or not?  (Consider asking your team members how they perceive you in this regard as well).

# Why organisations need to understand the connection between a great customer experience and loyalty by Darrell Hardidge.
# How to retire on 100k a year through the property by Andrew Crossley.
# We need greater levels of emotional agility for true resilience by Deon Newbronner.
# How to Use Storytelling as Your Secret Weapon by Emma Bannister.

CEOWORLD magazine - Top Stories - C-Suite Agenda - As the Leader, Are You a Part of Your Team or Apart From It?

tweet
share on Facebookshare on Twittershare on Pinterestshare on LinkedInshare on Redditshare on VKontakteshare on Email
Leo BottaryJuly 24, 2019