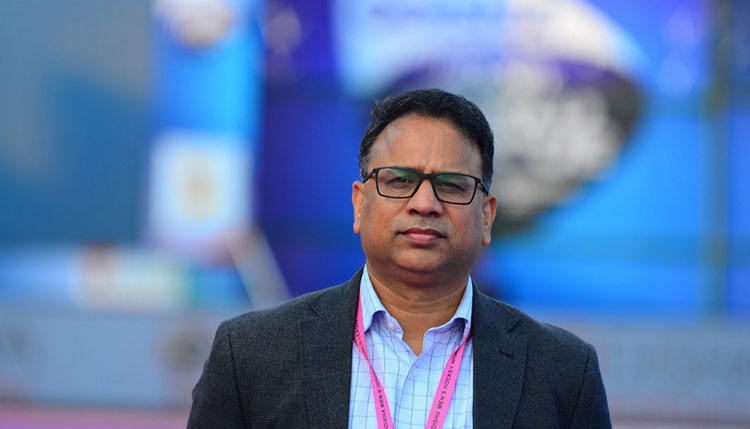 CEOWORLD magazine recently spoke with Vishal K. Dev, Commissioner-cum-Secretary, Odisha Tourism and Department of Sports and Youth Services, Government of Odisha, India about his experience, the economic outcomes of hosting the 2018 Men’s Hockey World Cup in Bhubaneswar, Odisha, India, and the net impact on tourism. The interview has been edited for clarity and brevity.

Q: What do you think brought the Hockey Men’s World Cup to Odisha?

Vishal K. Dev: Odisha is known as the ‘Cradle of Hockey’ in India. We are the only state to sponsor all the Indian hockey teams. Odisha’s Sundergarh district boasts of producing some world class hockey players and every kid there eats and breathes hockey. I believe the entire world knows about the importance we give to the game here and that’s why we are hosting such a grand tournament.

We want kids to get inspired and encouraged by having the best players come over to the state. Bhubaneswar is known as the ‘Sporting capital of the country’ as we have organised international sporting events like Asian Junior Women’s Rugby, World Hockey League and Asian Athletics Championship in the pastWe recently signed 11 MoU’s with various brands and sportspersons where Reliance Industries Group adopted athletics, while football and swimming were taken by JSW Group. Badminton was taken over by Dalmia Bharat Group, weightlifting by Ahluwalia Group, shooting by Aditya Birla Group, and hockey by Tata Group. We were sure that we wanted experts to deliver these projects and I am glad all these corporate came forward to support the same.

Q: How did the city prepare in terms of infrastructure and amenities?

Vishal K. Dev: Bhubaneswar is the only Indian city to win the prestigious American Pierre L’Enfant International Planning Award and the only Indian city to be ranked among the world’s best performing Smart Cities by British marketing agency Juniper Research. The city has undergone massive beautification for the upcoming World cup to engage locals and visitors.

Kalinga stadium’s capacity has been expanded for the World Cup from 9,000 to 15,000 by adding two more galleries. I am proud to say its the state-of-art stadium and one of the best hockey stadiums in the world. Apart from the hockey stadium, a general road widening, better signages, landscaping and parking places have been done up.

The city has implemented a non-motorised transport system (NMT) for the ease of people coming over for the world cup.The city has spruced up public places and parks and has implemented mechanical sweeping to an 80-kilometres stretch of main road which will include areas around the Kalinga Hockey Stadium. Around 100 e-toilets are being set-up in the city so that sanitation situation is taken care. The Works Department has constructed sides of all major roads to make them free of any water logging. Secondary and tertiary drains across the city are also being cleaned by the local body to give the city an improved look.

Bhubaneswar Municipal Authority further under its Street Art And Murals Project (STAMP) brought together artists and volunteers to paint the city’s largest wall murals along a 40km road network to promote the Odisha Hockey Men’s World Cup 2018. A unique Public Bicycle Sharing System under the Bhubaneswar Smart City Limited (BSCL) has been introduced as part of which 2000 modern bicycles are being provided at docking stations across the city. Bhubaneswar Development Authority has further signed a partnership with Clean Air Asia for sustainable smart environment. Also, the technology-driven and citizen-friendly ‘Mo bus’ services was launched last month. 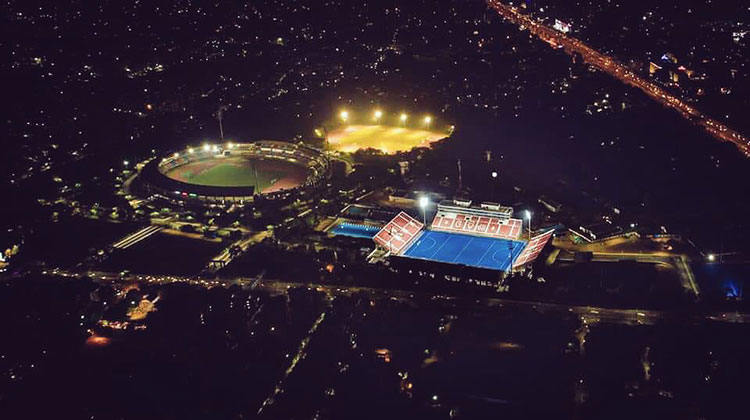 Q: How will tourism and the state receive a boost from hosting this event?

Vishal K. Dev: We strongly believe that the world cup will put the state on the global map as a prominent ‘Global Sports Destination’.  Last year, when we organised the Asian Athletics Championship and Hockey World League, the state received a record footfall of both national and international tourists. This year we aim to surpass that. We are backing it up with infrastructure development. We also signed a content partnership with TripAdvisor and an MoU with Oyo rooms for the world cup as well. Sports Tourism is one of the primary agenda of the state. Also, we want to put across Odisha as an investment hub to the world. At the recently concluded Make in Odisha Conclave 2018, many businessman spoke about the importance of sports tourism and investment. Not only that, visitors who are here for the world cup are getting a chance to explore Religious tourism, Eco Tourism, Buddhist circuit and art and crafts of Odisha.

The Handicrafts Textile and Handlooms department of the government of Odisha, decided to locally create and provide all the souvenirs and mementos for the upcoming Hockey World Cup. Curated and designed especially for the occasion, the crafts selected are of varying raw materials and geographical areas. As a memento for all the participating countries, each player will get an Ikat stole and a Dhokra artefact packed in a Navrangpur Lacquer Box. Each stole has been designed for men using traditional ikat motifs but in the colours of the participating countries. Produced in Sonepur and Sambalpur- in western Odisha, 16 unique silk stoles will be presented to the respective team players.

Q: How has the world cup fared so far?  What were some of the pre-WC activities?

Vishal K. Dev: We are already being complimented for our efforts of making the hockey world cup larger than life. Our World Cup anthem by AR Rahman featuring actor Shahrukh Khan has just been released and the entire country is buzzing. We have been promoting the event aggressively both nationally and internationally. We unveiled our Sports Tourism campaign which is one of its kind called ‘Odisha by Morning, Hockey by Evening’ on the iconic red buses in London during the women’s world cup. International media loved and it called it ‘a fresh concept’. The same campaign has been implemented in Germany, Australia and Kuala Lumpur. Since I also head tourism department, we made sure we promoted the campaign through all our major tourism events like WTM in London and PATA in Malaysia. We also organised roadshows both nationally and internationally. We also launched two more campaigns namely ‘Heartbeats for Hockey’ and ‘Ab Bas Hockey’ to promote Hockey in India.

Apart from these activities, we organised a series between New South Wales and Odisha team to inaugurate the newly renovated Kalinga stadium. We also launched a Cheer song by Mika Singh, organised Asia’s First Ekamra Sports Literary Festival which saw in attendance many national and international sports persons and journalists , installed Trophy Replicas and unveiled the Countdown Clock.  We have done  beach cleaning and plantation drive as part of the world cup as well.

We also launched India’s first of its kind City festival titled ‘Bhubaneswar Dot Fest’ to make the world cup an extravaganza for all the locals and tourists. Artists likeVishal-Shekhar , Sona Mohapatra, Shreya Ghoshal are some of the prominent names who have performed already. As part of it, an International Food Festival is also being organised. The international cuisine includes Mongolian, Japanese, German, Italian, French, Spanish, Mexican, Australian, Pakistani, Thai, Afghani, Chinese, and other popular cuisines from different states of India.

There is also a Bhubaneswar Storytelling Festival and Bhubaneswar Art Trail going on to engage both locals and the tourists.

tweet
share on Facebookshare on Twittershare on Pinterestshare on LinkedInshare on Redditshare on VKontakteshare on Email
Anna PapadopoulosDecember 12, 2018