Known as one of the most prestigious European universities, the University of Oxford continues to be ranked first in Europe for graduate employability, followed by the University of Oxford in the UK, and Switzerland’s ETH Zurich – Swiss Federal Institute of Technology. The definitive magazine for top CEOs and business leaders, the CEOWORLD magazine pulled data from QS Graduate Employability Rankings to find out which European universities ranked highest for graduate employment.

UCL (University College London) in the United Kingdom and Ecole Polytechnique in France ranked as 4th and 5th, respectively. The ranking aims to highlight universities producing the most employable graduates and is based on a methodology which considers 5 factors, including each university’s graduate employment rate, alumni outcomes, employer reputation, employer/student connections, and partnerships with employers per faculty. 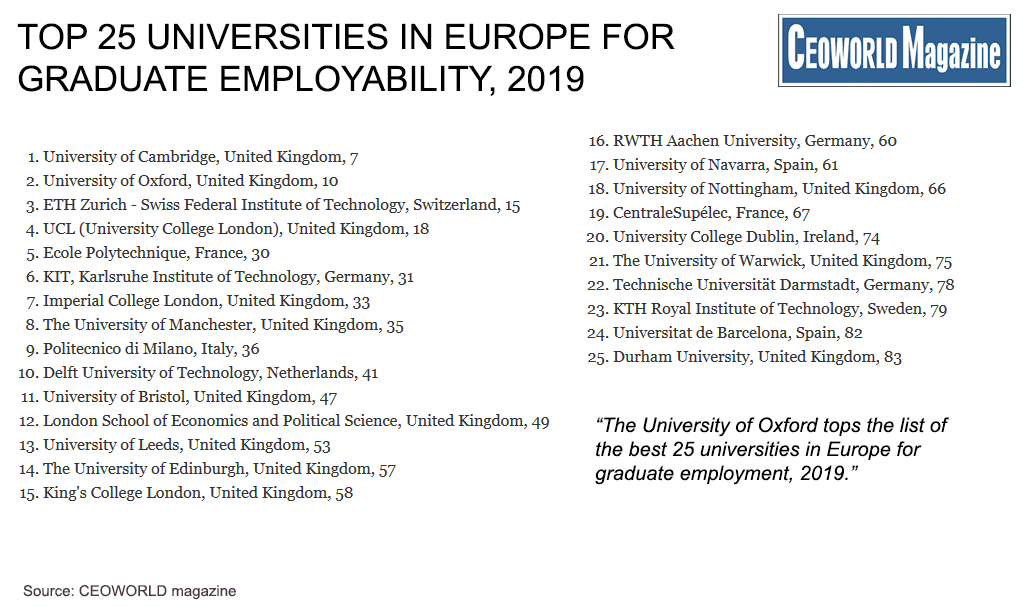 tweet
share on Facebookshare on Twittershare on Pinterestshare on LinkedInshare on Redditshare on VKontakteshare on Email
Prof. Dr. Amarendra Bhushan DhirajDecember 3, 2018