The Microsoft founder Bill Gates and actor-turned-humanitarian Angelina Jolie are the world’s most admired people, according to a YouGov study. The 2018 list features 20 men and 20 women, all of whom are chosen as a result of online interviews with more than 37,000 people in 35 countries.

Following on from Angelina Jolie in the female list is Michelle Obama, with 8 percent share of admiration, followed by Oprah Winfrey and Queen Elizabeth II.

Meanwhile, Barack Obama, Jackie Chan, and Xi Jinping follow on from Bill Gates in the male list. The majority of women featured hail from the entertainment industry, with Taylor Swift, Madonna, Priyanka Chopra, Liu Yifei and Gal Gadot all making an appearance. 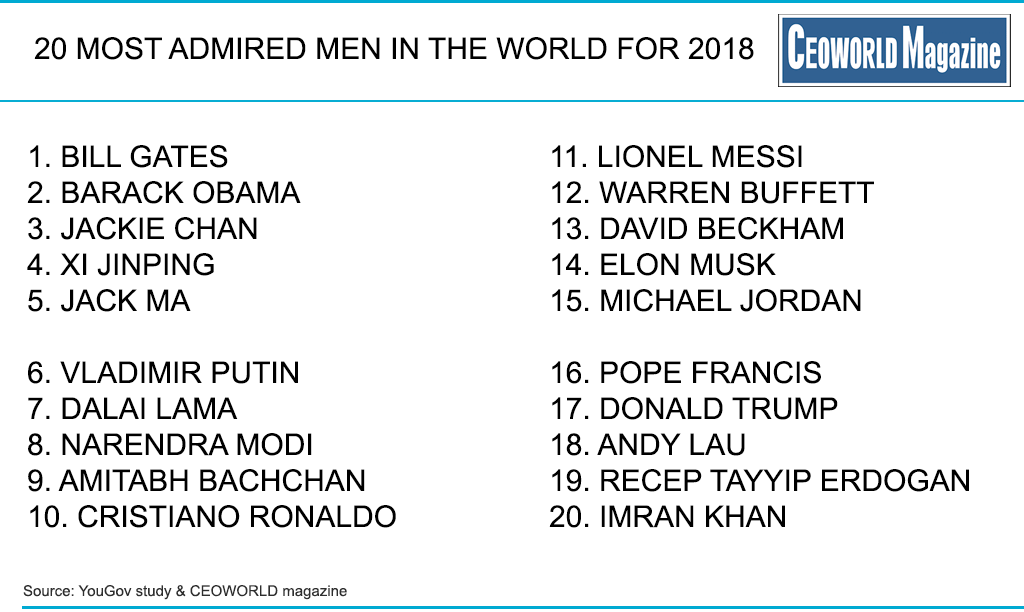 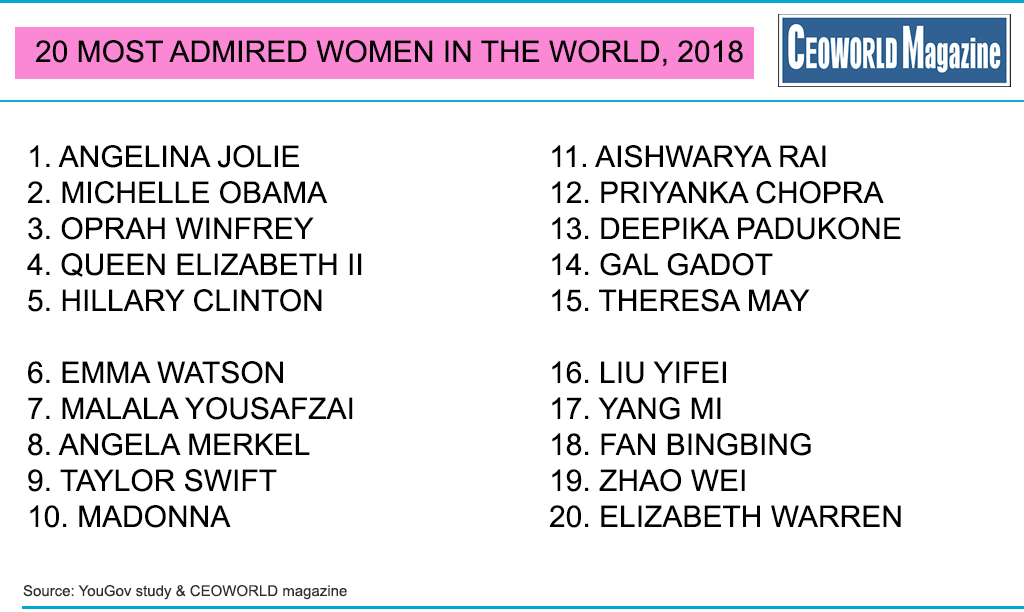 Data has also been split into local categories, allowing users to see which figures proved most popular in their country.

tweet
share on Facebookshare on Twittershare on Pinterestshare on LinkedInshare on Redditshare on VKontakteshare on Email
Prof. Dr. Amarendra Bhushan DhirajApril 11, 2018