It’s no secret that it’s easier — and cheaper — to retain the customers you have than it is to acquire new ones. In fact, a study by Northwestern University’s Center for Retail Management found that up to 15 percent of a company’s most loyal customers account for between 55 and 70 percent of business sales.

Not only that, but more than three-quarters of these customers enjoy telling other people about the brands they support, acting like an extra arm of your marketing team. Good news travels fast: The more you can provide your customer base in the form of great service, the more your best advocates will sing your praises and build up your pool of brand loyalists.

A Little Goes a Long Way

According to a Gartner Group study, 20 percent of existing customers will be responsible for generating 80 percent of the future revenue of a business. That 20 percent sounds small to start, but when it begins to add up over an indeterminate period, the result is an educated, loyal group of customers.

Many of the brands that are most successful at winning customer loyalty do so by investing in channels that help turn their product and everything associated with it into a lifestyle that others admire and want to take part in. Consider the Starbucks app. Sure, it allows customers to place and pay for orders, but it also gives them access to the My Starbucks Rewards program and its music streaming library. The app is constructed to directly support the idea of Starbucks as not only a way of life, but also a way to improve your life.

Walgreens’ Balance Rewards program takes a similar tack when trying to gain customer loyalty. Customers can place prescription refill orders, then — similar to the Starbucks app — monitor them and pay for them through the app, all while earning Walgreens perks for their loyalty through the program.

The “spend money to make money” adage works similarly in customer loyalty. Businesses need to spend a little to build a financially viable base of customer advocates, whether that means investing in rewards programs or giving them other incentives. It’s common for businesses to see initial losses, so don’t get discouraged early. Play the long game to engender loyal customers who continue to spread your brand’s virtues.

Leave Them Coming Back for More

Loyal customers will look to their preferred brands when they need products or services. To create those types of customers and get them to talk to their friends, use these four strategies.

Communicating with customers is key to taking quick, decisive action. These actions are most often needed when situations go awry, but it’s also important to recognize and replicate positive customer experiences.

Acquiring regular buyers is difficult, and you’ll always have to chase them if you’re not getting enough repeat business. Investing in the customers through effective communication you have will go a long way toward ensuring profitability and retaining enough customers to thrive for the long haul.

share on Facebookshare on Twittershare on Pinterestshare on LinkedInshare on Redditshare on VKontakteshare on Email
Jeff EpsteinNovember 17, 2017

Jeff Epstein is CEO and founder of Ambassador, a trusted referral software company that empowers brands to increase customers, referrals, and revenue by leveraging and scaling word of mouth.
view all posts

Sophie IrelandC-Suite AdvisoryJuly 7, 2020
The coronavirus pandemic has all but shut down the hospitality industry across the UK, and the government’s recent easing of...

Jan JacobsC-Suite AdvisoryJuly 6, 2020
Within business economics, a lot is currently badly taught worldwide by Business Schools and it entails the danger that wrong...

Do You Know The Line You Won’t Cross?

Michelle GibbingsC-Suite AdvisoryJuly 6, 2020July 6, 2020
In the workplace, you'll see people who lose their voice and authenticity in an attempt to be liked by everyone... 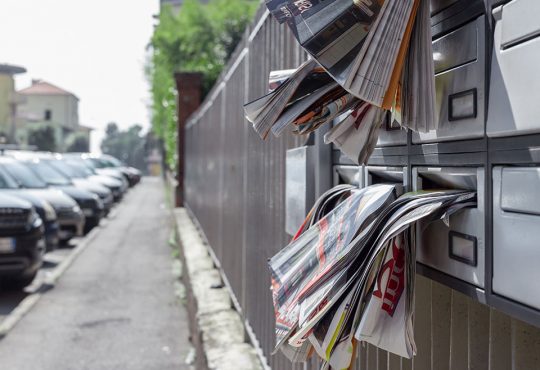 Advertising Market: Agencies Are Rather Pessimistic About Business In 2020

Maria GourtsilidouC-Suite AdvisoryJuly 5, 2020
The Ad World Masters agency presented a new survey about the advertising market globally and how is affected by the...