CEOWORLD magazine > Latest > Business Education > Here are the 10 best airports in the world for 2016, ranked by air travellers

It’s no wonder, for the 4th consecutive year, Singapore’s famed Changi International Airport has been voted by air travellers as the world’s best airport for 2016, according to Skytrax, an aviation research organisation.

Rankings of the World’s Best Airports for 2016 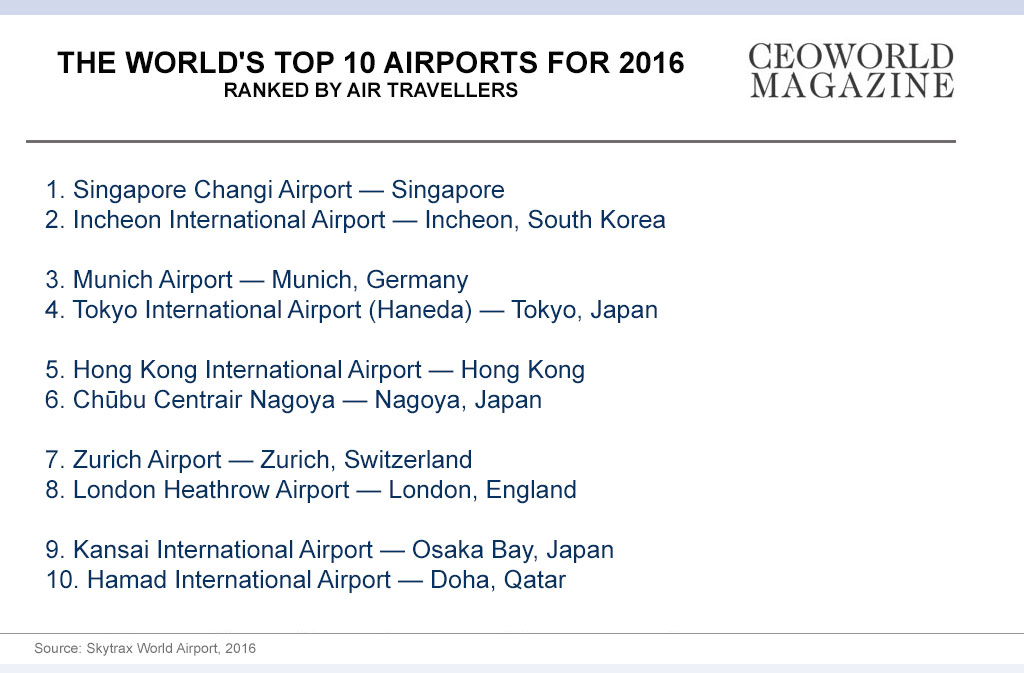