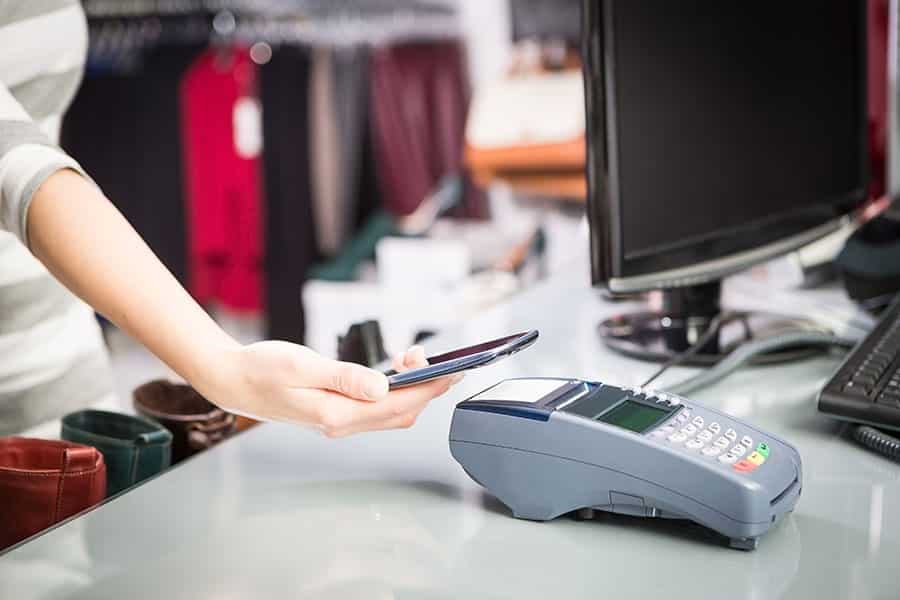 Bitcoin is almost certainly the most controversial currency in the world right now. You may have heard about Silk Road, the anonymous marketplace through which myriad illegal goods were sold and which was shut down by the FBI, about the recent headaches at the Mt. Gox exchange, or about concerns about the underlying long-term economics. That said, Bitcoin raises some important questions for retailers, equity investors, and consumers about the best approach to the currency. This article explores some of those questions and their implications.

Fundamentally, Bitcoin is a currency. Retailers and others accept it as payment for goods and services, there are markets on which it can be exchanged for national currencies, and there is a well-understood and finite, if small, money supply—the value of bitcoins in circulation represents about 0.5% of the value of dollars in circulation.

Given the role of currencies as a vehicle to store and transfer value, and given that the large majority of the world does not accept bitcoins as payment, most will need to involve a second currency in their transactions. The most immediate consideration, then, is the stability of its value against other currencies. So far, the results have not been positive.

Stax analyzed changes in the U.S. dollar/Bitcoin exchange rate over the last few years, and found that annualized volatility is around 120% as of this writing. In contrast, volatility of stock returns on the S&P 500 index was only around 15% over the same period, and the volatility of the dollar against other major national currencies was in the single digits. By that measure of risk, holding bitcoins over a long period of time has not been advisable for the faint of heart. Given this uncertainty, why should anyone be interested in Bitcoin?

While plenty of open questions remain around Bitcoin’s long-term future, there are three factors which should make retailers, investors, and consumers take the platform much more seriously.

Mobile payments are still a relatively small fraction of overall payment volumes, as my colleague Brett Conradt has noted, but they are clearly ascendant. They’ve been an important force in Japanese society for nearly a decade. Here in the U.S., Apple, Google, Square, and the credit card companies are all jockeying for position to become the standard by building on top of the existing credit card payment networks.

Bitcoin’s has two major advantages in mobile payments. First, it has a low transaction cost that declines over time. The decline in transaction cost is actually built into Bitcoin’s infrastructure—because of its design, the reward to payment processors (so-called “miners”) declines over time. Low transaction costs are crucial to driving mobile payments, because mobile payments are well-suited to common transactions of lower value (e.g. transit, convenience stores, etc.). Bitcoin transactions are commonly free to process, with some exceptions, in contrast with around 1% for debit transactions and around 2% for credit transactions. The potential impact on retailer profitability is substantial, particularly in tighter margin retail categories. In addition, the instantaneous transfer of currency under Bitcoin enables retailers to receive payment immediately, rather than waiting for credit card processors to settle, providing a better cash flow profile to retailers.

The second advantage Bitcoin has for mobile payments is its design—which is more like cash than like credit cards—and the impact of that difference on adoption. Essentially, the transfer of value from one party to another is a transfer of a uniquely identifiable set of bitcoins, much the same way that one person pays another with one or more unique, serialized bank notes. In contrast, credit card transactions and bank draft EFT transactions are effectively a reduction of one entity’s balance and a corresponding increase in another’s, but without the same level of authentication of individual transactions. Bitcoin provides a framework to prevent fraud by enabling a higher level of traceability, and it also reduces the cost of security associated with credit cards, such as chargebacks. Given an increasingly security-conscious public, the use of mobile payments for everyday transactions requires confidence in the integrity of the system.

Looking beyond the mobile space to the broader payment landscape, Bitcoin has another advantage in payment security, in that its entire infrastructure is distributed. The complete history of payments (the so-called “block chain”) is distributed across transaction processors. This distribution also applies to the individual owners of bitcoins, meaning that there is no single central database containing the equivalent of credit card numbers. In a time of massive credit card data security breaches (e.g. Target and Neiman Marcus) occurring as a consequence of centralized infrastructure, this is a real differentiator. As any retailer or investor that owns one knows, security breaches often have a chilling effect on brand image, and in many cases on sales as well.

Regardless of transaction costs and security, at this point Bitcoin has a clear scale disadvantage relative to even the smallest of the major rival mobile payment platforms. Given the network effect benefits for both consumers and merchants of having a single, dominant platform, this is no small hurdle for Bitcoin to clear. So what will bring more consumers and merchants into the platform?

Factor #2: Volatility will come down

Bitcoin is only a fully functional currency to the extent that it does an adequate job of storing value. As noted earlier, it has not done a good job of maintaining a stable relationship with national currencies—its value in dollars, euros, and other currencies has been volatile, which poses problems for those taking a longer term position by holding bitcoins over time.

That said, Bitcoin’s volatility has come down materially over time. While over the roughly three years of its existence volatility of the dollar/Bitcoin exchange rate has been around 120%, Stax analysis shows that the last two years have had volatility around 95%, and early 2014 volatility was closer to 80%.

This trend is likely to continue for two closely related reasons: the rise in transactions and the growth in the monetary base. Bitcoin payment volumes have been rising, reaching over 100,000 per day during the 2013 holiday shopping season. Increased transaction volumes also necessarily drive expansion of the supply of bitcoins—miners process payment transactions in exchange for newly-minted bitcoins. An expanded money supply and increased transactions between Bitcoin and national currencies are likely to create a more liquid exchange market, decreasing volatility.

Current volatility levels are obviously still very high for those thinking of holding bitcoins over a long period. While we don’t have a clear sense of exactly what portion of bitcoins are “on deposit”, it is reasonable to expect that most people are spending or exchanging them for national currencies, rather than depositing them. For those people and companies, short term volatility is the primary concern, and this has been substantially lower.

The implication for retailers accepting Bitcoin and equity sponsors owning them is that accepting short term exposure to Bitcoin, while somewhat riskier than dollars, is much more palatable for shorter-term positions. But why accept any risk at all?

Virgin Galactic and Tesla each accept Bitcoin as a payment method today. Is it because they believe there is pent-up demand accessible only by tapping into large sidelined Bitcoin reserves? Probably not. A more likely driver is that these are companies with forward-thinking brand positions (e.g. early commercial space travel, early mass-produced luxury electric car), and they want to reinforce those brand positions in as many ways as possible.

Admittedly, Virgin Galactic and Tesla are more extreme cases of brands appealing to early adopters. That said, far more mainstream internet companies like Overstock, WordPress, and OkCupid are already accepting it. eBay and PayPal are both said to be considering adoption.

Beyond the potential brand benefits for retailers, institutional money is starting to flow into the space. Beyond the high-visibility stake taken by the Winklevoss twins, the likes of Andreesen Horowitz and Lightspeed Venture Partners have been investigating the space. A Swiss equity sponsor, The Phoenix Fund, recently invested $200M in a maker of Bitcoin mining hardware. 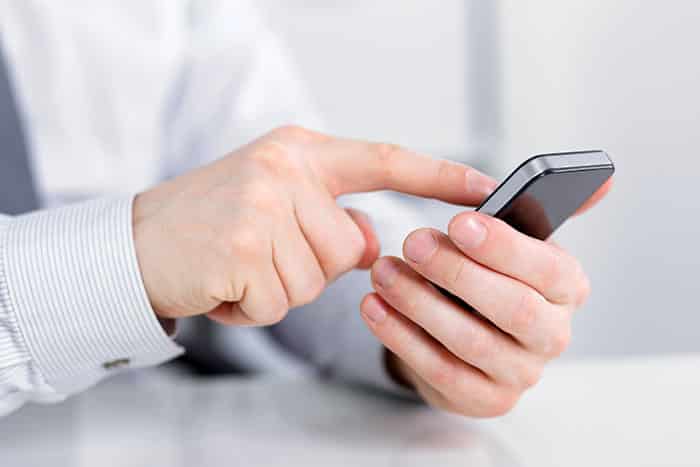 Next Steps for Retailers and Investors

So should all retailers immediately being accepting Bitcoin? Should equity sponsors start acquiring companies along the Bitcoin value chain? As with any emerging sector, the answer is often not so simple. Understanding the opportunities and their risks is critical to a winning strategy, and the answers likely vary by sector.

Retailers need help understanding myriad issues related to adoption: assessing the brand impact, quantifying potential new demand, clarifying the potential risks, and understanding the resulting shifts in the basis for competition, to name a few. A fact-based, independent perspective on the right go-to-market strategy and tactics can be helpful in these types of decisions.

(Writing by Ben Kadish; Editing by Amy Canter, Todd Aitken, and Megan Batchelor) Ben Kadish is Management Consultant at Stax Inc., a global strategy consulting firm servicing private equity firms and Fortune 500 companies on market and business strategy, commercial due diligence and industry analytics. He can be reached at benatstax@ceoworld.biz.

If you enjoyed this post, then you may want to check out his insights on “The Evolution of Platform Pricing Strategies in Technology,” please also share it and follow CEOWORLD magazine on LinkedIn to stay up-to-date on future articles!

tweet
share on Facebookshare on Twittershare on Pinterestshare on LinkedInshare on Redditshare on VKontakteshare on Email
Featured columnistsMay 15, 2014