CEOWORLD magazine - Top Stories - CEO Insider - The Five Surprising Words That Keep a Good Executive from Being Great: I Want Everyone On Board 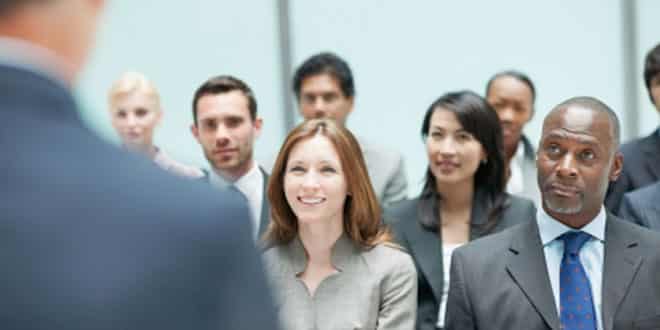 Leadership gurus, management coaches, and consulting firms are fond of telling CEOs and their management teams that top down, command and control, leadership is old school and bad while team-oriented inclusive leadership is modern and good.

Unfortunately, too many leaders take this advice much too far.  Not only are they letting their team make decisions they themselves should be making, they are also waiting until they have unanimity before acting!

The five surprising words that stop good executives from being great leaders are, “I want everyone on board.” Decisions are stymied because leaders cede to almost any member of their team the right to veto.  We see it often.  Just one member out of 20 might not like the idea, but the decision is just as dead as if all 20 team members hated it  . . . even if the boss likes it.

Requiring everyone to be on board not only makes decision making slow and bureaucratic, but far worse, it makes it more political.  It is rare that a decision is seen as a win-win for everyone on your team.  In fact, if someone on your team brought you the idea, that person immediately stands to gain in the eyes of the rest of the team.  We know this may seem like we are implying that executives behave like immature middle schoolers but this often subconscious behavior is present in many highly competitive people.  The best team players of course squelch the fear that someone else might become MVP.  But if most people are honest they would prefer the MVP award be bestowed on them!

Getting everyone on board means giving veto power to the person on your team who is most inclined to ask, “is this bad for me?” rather than “is this good for the company?”

Do we recommend going back to the days of the imperial “I give the orders around here” boss?  No, not exactly.  All of the leadership experts that have banged the drum of teamwork during the past few decades were right that “it’s my way or the highway” attitude killed the honest communication critical to running a big organization.  After all, there is not going to be much gained by trying to tell hard truths to a boss who already thinks they know everything.

Leaders do need to create an environment where their teams talk truth to power and where they listen, absorb, and use that truth.  But that does not mean that they need to build consensus before taking action.

Great leaders should solicit input from their teams. They should strongly encourage dissenting voices.  In fact, they should create a culture where there is an obligation to dissent.  If the team has compelling facts, those facts must be surfaced and used to make the decision.

What they should not do is allow opinions without facts to substitute for their own good judgment. A leader should not delegate veto power to team members when their objections are just opinions: “I don’t feel comfortable with this.” “I don’t think it will work.” “I just don’t like this approach.”

Opinions without facts are so common, that it led Senator Patrick Daniel Moynihan to famously say, “everyone is entitled to their own opinion, but not their own facts.”

When leaders consistently show great intellectual curiosity, a hunger for facts, and a clear desire to change their own mind when they learn new insights, they will get the kind of robust fact finding they need with their team and their organization.  There is no need to give up decision-making power and to cede veto authority just to prove that they are listening.

Leadership experts also argue that a more team-oriented style was the solution to ensuring engagement and buy-in to big decisions.  After all, the reasoning goes, if a leader makes a decision without everyone on board they should expect that the recalcitrant team member won’t go “all in” to make sure the execution of the decision is successful.  In fact, that team member may first sabotage the effort and then be the first to say, “I told you so.”  But apparently getting everyone on board does not solve that problem as finger pointing just goes on behind closed doors.

When the people objecting to a decision can only bring “fact-free” opinion to the table, then it is time for the leader to make a decision whether the others are on board or not.  It may feel risky, but that is what leadership is all about.  Most will get on board once the decision is made. If some do not, maybe they are not the kind of people you want on your team—much less the kind of people to whom one gives veto power.  As the saying goes, “Catch the vision or catch the bus.” It’s not “Hey, team, catch the vision if the mood strikes.”

Written by Jeremy Eden and Terri Long are the Co-CEOs of Harvest Earnings, an advisory services firm that helps companies to engage their employees in growing earnings and improving the customer experience. They have helped companies like PNC Financial, H.J. Heinz, and Manpower to reduce costs and increase revenues by millions of dollars. Jeremy has decades of consulting and performance improvement experience in business including at McKinsey & Co. Terri was in the corporate banking world for eighteen years before joining Jeremy over a decade ago. Their new book, Low-Hanging Fruit: 77 Eye-Opening Ways to Improve Productivity and Profits, was published in March 2014 by Wiley. They are based in Chicago.

CEOWORLD magazine - Top Stories - CEO Insider - The Five Surprising Words That Keep a Good Executive from Being Great: I Want Everyone On Board

tweet
share on Facebookshare on Twittershare on Pinterestshare on LinkedInshare on Redditshare on VKontakteshare on Email
Featured columnistsApril 25, 2014