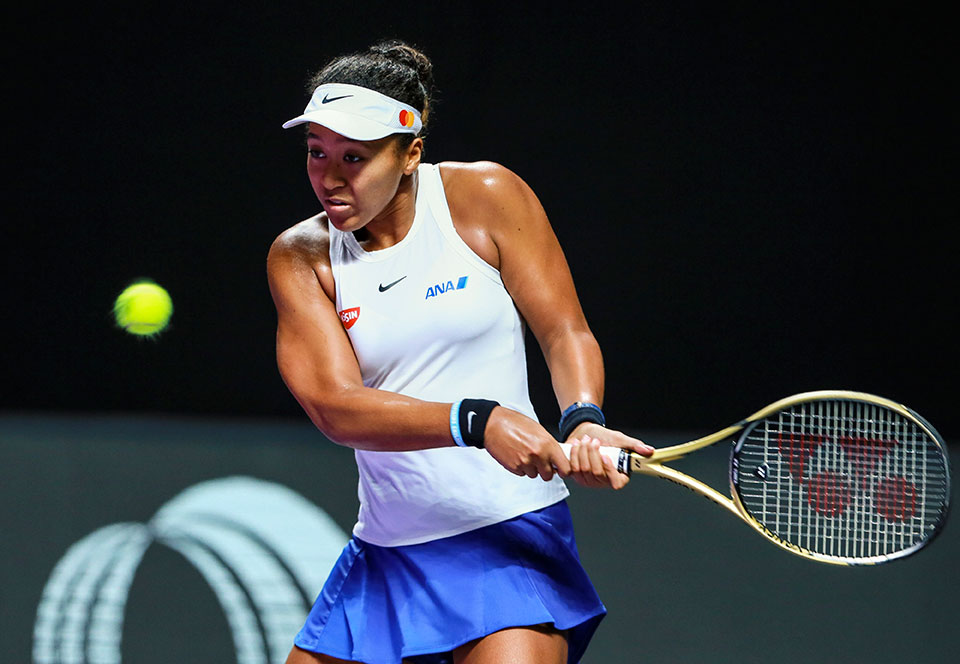 With the deluge of news stories, you’re to be forgiven if you missed the recent news of tennis star Naomi Osaka dropping out of the French Open – not for reasons of physical injury, but something less often talked about. When she announced her decision, Osaka said it was a choice to put her mental health above the strong odds in her favor that she would have racked up her 5th major championship in this year’s French had she continued.

That was the headline. But more important still for leaders in any organization these days was the greater underlying lesson: Emotional Intelligence (EI) isn’t the nice-to-have skill many still view it as. It’s fundamental to successful business strategy, never more than in an uncertain environment.

Fault on the Court

To be clear, there is a great deal of important nuance to the Osaka story (including the uneven treatment of women in professional sports versus their male counterparts, and a collective lack of understanding of mental health being as if not more important to our physical health). But for the moment, here’s a quick summary of what happened.

The controversy began after Osaka’s first-round. After winning, Osaka chose to skip the post-match mandatory press conference. Athletes are required by the “business of tennis” to meet the press and answer whatever questions the media might choose to hurl at them. In an odd and atypical way to most businesses, in tennis people are the product.

The tournament organizers make oodles of money off the appearances of players on and off the court. In one sense, it’s no wonder they seek to maximize their yield. But in the end, regardless of the product, human or otherwise, businesses are made up of people, and those people have roles, ideas, skills, and needs, that go far beyond the product or even the business. When you forget that fundamental truth, you immediately put your organization, its stability, and its value at risk.

While it’s true that all tennis players, male and female, are subject to these post-match conferences, for years now, women athletes have pointed out that they are subjected to questions and treatment far beyond the realm of tennis while by and large male players are not. The strain on these women athletes is well-documented. Nodding to the strain and the disparity, Osaka, as she often does, took matters into her own hands and chose to put her mental wellbeing above the obligation by skipping the Q&A session. She didn’t just no-show, however. Like the professional she is, she reached out to the tournament officials to make them aware of why she was opting out. Their response? They fined her, $15 grand to be exact. They then threatened that if she kept it up, the fines would continue and steepen.

The reaction of other players and the public was shock. Were the tournament officials really that callous? Did they really devalue not just mental health, but the professionalism of one of their star products, even if they disagreed with her? More, were they really saying that ‘rules are rules’ never to be reexamined as the landscape shifts? Rather than pursue all of that as the lightning rod of the incident, in a respectfully worded note to officials Osaka chose to drop out of the tournament – to, in other words, forego an event she spends her every moment working to be part of – so that she wouldn’t be a distraction to her fellow athletes or the game itself. By her own calculation, she gained. But what did the business leaders of the French Open lose? 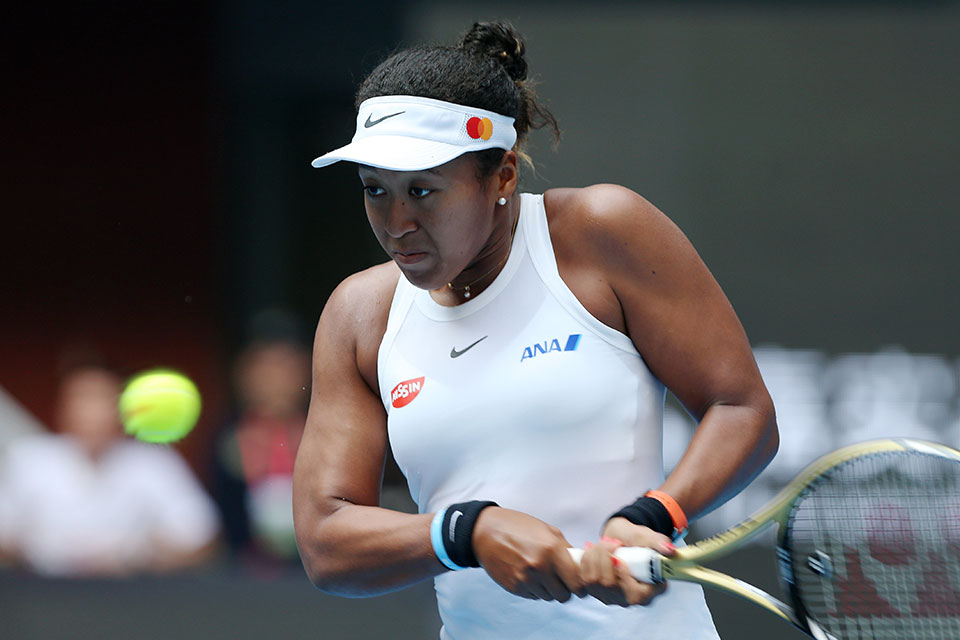 Not Just a Game

Now think about this, and think about it as a business leader. In response to Osaka, French Open officials put their rules above reality, and it was not the first time. There is no indication that over years of complaints that officials (at any major tournament, not just the French Open) made any effort to look into the disparities in male versus female athlete press conferences, or to explore the impact – even when that impact was a negative one on, to put it coldly, their own product. Ask yourself: Is it the rules that set the course and the tone for how you do business? Aren’t rules there to support rather than lead? And are we to conclude that rules should never be reconsidered when the landscape shifts?

Even if you think the Open officials should be cut some slack, consider that this wasn’t simply enforcement of the rules on just anyone. Naomi Osaka is a four-time grand slam champion. More, all of her major wins achieved in the past 3 years. She is arguably the face of women’s tennis right now, a player on the rise, and consistently ranked number one or two in the world. But there’s more. Osaka isn’t just a product. She is a leader within the larger business that is professional tennis. And by all appearances over the last several years, she is a leader far more tuned into the environment in which tennis does business right now, someone whose leadership skills ought to be valued higher than any rule.

Naomi Osaka doesn’t just play great tennis that fans love to watch. She has consistently used her platform and position in countless ways to bring attention not just to inequities in tennis, but in the world. As but one example, she famously wore a new facemask every day of the US Open last year emblazoned with a different name of a victim of racial discrimination, among them George Floyd and Brianna Taylor. Fans celebrated her. She even brought new fans to the sport. Osaka isn’t just the face of tennis right now, she is the face of a new generation who see the line between their work and their life as ever-fading, and who are forcing organizations and their leaders to reassess their values, priorities, and strategies. More, she knows that the emotional intelligence to tune into and embrace those trends isn’t just vital to the business, it’s vital to the human beings who make that business possible in the first place.

Even after the abrupt treatment she received, Osaka never wavered, nor did she scorn or saber rattle. Instead, she sought to open a dialog with those who had fined her. The response of the Open officials was unwavering as well, just in a different, shortsighted way. It was also a leadership lesson that others took note of.

Why on earth would you simply and coarsely dismiss out of hand one of your most public and prophetic leaders on the rise? Is it possible that she is seen not as a leader, but simply an employee, in a world where leadership now must be cultural, shared, and must move across the while of those who touch the business?

There was a time when leaders used the authoritarian actions of other leaders as cover to view and treat employees as cogs. Those times are fading. Consider the response of the company Calm, makers of the relaxation and meditation app, to the Osaka story. Calm has no direct connection to tennis. They do however have a connection to mental wellness, and a clear understanding of its impact and importance for every business. Calm offered to pay the $15,000 fine, not just for Osaka, but for any player opting out of any 2021 Grand Slam media appearances for mental health reasons. In other words, rather than think narrowly within the rules of their business plan, Calm opened up, among other things choosing to redirect capital to serve a larger purpose. It was a bold move for a tiny company. They were not outliers.

Others followed quickly. Nike. Sweetgreen. Tag Heuer. Body care company Shiseido. Just savvy marketing moves? You could conclude that. But you’d be as shortsighted as the leaders of the French Open. Emotional Intelligence doesn’t mean simply and naively concluding that you need to be more sensitive. EI is about awareness of the humans and human capital central to any business … awareness of why people choose to work for you, why they work hard for you (or don’t), why customers buy from you, why partners team with you. In short, EO is today a strategic imperative and advantage, and increasingly the reason why some thrive as the world changes more rapidly every day, where others do not.

tweet
share on Facebookshare on Twittershare on Pinterestshare on LinkedInshare on Redditshare on VKontakteshare on Email
Larry RobertsonJune 21, 2021