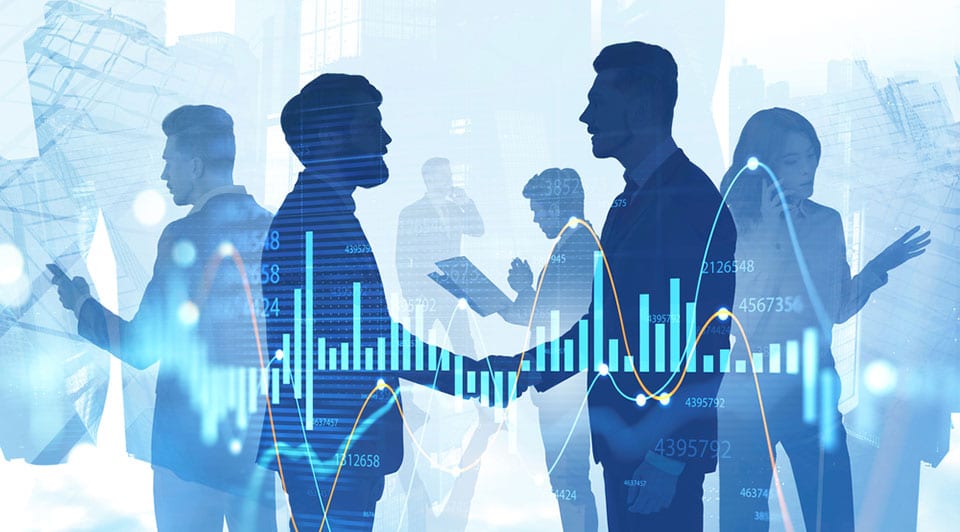 A global pandemic is a game changer.  We can feel it in the air.  Something is different – something big. What used to be “soft skills” have become survival skills.  For our careers, for our marriages – sometimes even for our lives.

“I’m sitting in my driveway, and I’ve locked myself in my car,” Mark told me.  “I can’t go into my own house.  I can’t face my wife and my kids.  I can’t plaster on a fake smile and play the game one more second – not tonight.  I’m scared.”

I answered this call just before midnight.  This cry for help wasn’t from someone waiting for a relief check who couldn’t make rent. This call came in from a physically healthy senior executive who routinely presents at board meetings, staff meetings and even occasionally in the media projecting an aura of success, confidence and power.

This call came from someone with enough money to stop working and retire.

While we’ve all seen the splashy stories about wealthy people running away to beach houses, boats and even private islands – the emotional toll of what we are going through doesn’t discriminate along class lines any more than the actual virus does.  It’s just a little tougher to spot because it simmers beneath the surface for a while before it erupts.

That’s important for all of us to realize, regardless of our income level, because if we don’t take emotional precautions this “thing” can hit us as psychologically as it would physically if we strolled into an ER without wearing a mask.

What do we need to do?

We need to learn to hit pause.

While this sounds simple, it’s as vital for our lives as handwashing and social distance at a time like this.  That’s because, under this type of collective stress, things that seem as innocent as a harsh word or a sarcastic tone can be fatal to our careers, our marriages and maybe even someone’s life.

I’ve been in the business of coaching talented, driven and some would even say workaholic professionals how to pause under pressure for decades.  I remember being interviewed when high performing executives were suicidal during the subprime mortgage crisis.  The nature of the external crisis has changed this time, but the internal challenges remain the same.

Pausing is easier to talk about than it is to do in a crisis.  It’s time to get serious about teaching people how to employ this lifesaving skill under pressure.

Let’s start with a simple premise:  Like many things in life, pausing is not one of those skills where one approach works for everyone.

If pausing were that easy, we’d already be doing it.

Like many things that are easier to grasp in theory than they are to put into practice, we have to back up the discussion and talk about why people don’t take a lifesaving pause before they run themselves over the edge of a cliff emotionally.  That’s where understanding your power style, and what happens to your perspective of reality under pressure, matters most.

The blind spots of anyone’s power style will kick-in and hijack their thoughts, feelings and ultimately their behavior when they lose a sense of control.

Power is relational.  Essentially, anyone’s power style tends to mimic the verbal and nonverbal cues they internalized in childhood to relate effectively under pressure.  In my research for Harvard, I explored how we are all conditioned to react to stress by witnessing the reactions modelled by the first people who exercised power over us – the caregivers in our family systems.

When our benchmark for “normal” gets fuzzy, when the logical standards we’ve used to regulate ourselves in the past start slipping away – the blind spots of our power style can kick-in faster than the speed of thought.

Did your parents consider your feelings during a tense day, or did they expect you to do as you were told without question?  Could you get one of your parents to agree to a request that had been refused by the other, or did they operate as a united front?  Simple questions like these can help you determine how your signature power style emerges from the four core power styles: The Pleaser, The Charmer, The Commander and The Inspirer.

Understanding your power style can help you assess what types of activities will actually incent you to pause, and what situations may trigger you to overdo, overschedule and ultimately explode.

Pleasers want to keep other people happy.  Many of them have internalized the belief that their value is based on their ability to work hard, meet other peoples’ expectations and minimize their own needs.  Under pressure, pleasers can literally run themselves into the ground.

It’s vital for Pleasers to summon the courage necessary to hold others accountable and set boundaries to protect their time, their emotional composure and their physical health.  Doing this sounds simple, but the first couple of times a Pleaser tries to clock off at 6 PM, it can feel terrifying.  However, once Pleasers face their fears, they discover that others start to respect them more.  What’s more, this enhances the respect they have for themselves.

Charmers need to feel special.  They tend to be brilliant rain makers who need the thrill of competition to feel centered.  Without being able to land a new client, have their photo snapped at a prestigious even or catch someone’s eye at a cocktail party, they can get depressed.

In times like these, Charmers learn that they best way they can help themselves is by helping others.  Using their natural charisma to raise money, donate supplies or even lend a helping hand to those in need is an emotional lifesaver for Charmers.

Commanders need to feel like they are in charge.  These are the men and women who foster a sense of urgency in others by barking orders or erupting emotionally.  Unfortunately, making impulsive decisions prompted by personal anxiety at a time like this can take them, and those following them, off course.

This is a time for Commanders to practice strategic listening skills.  Commanders benefit from turning down the volume on the conversation they are having with themselves and becoming more mindful of what’s unfolding in the lives of those around them in the present.

Finally, we have the Inspirers.  These are the men and women who are so committed to the greater good carry that they weight of the world on their shoulders.  It’s vital for Inspirers to remember that we are all in this together, and they don’t have to do it alone.

Two days after calling me from his locked car, Mark sent me a smiling photo of himself in the kitchen making chocolate chip cookies with his wife and twin sons.  An Inspirer who was used to saving the day for everyone else, Mark had a tough time accepting how powerless he felt about the economic pressures impacting thousands of people working at his firm.

The night Mark called me, he realized that his sense of self had become so narrowly focused on protecting others that he had lost perspective on the simple fact that intimacy is a two-way street.  As he got to the roots of his power style, Mark got to the feelings that were prompting him to isolate when he needed the support of his family.  Most notably, he eventually got out of that car.

Pausing under pressure isn’t a “soft skill” anymore.  This isn’t about charm school – or even common courtesy.  This is about the conversations we need to start having with ourselves to save our careers, our families and possibly even our sanity as we sit in the void together waiting for the new normal to take shape.

Burnout happens when your awareness narrows to the point that all you can focus on is what could go wrong.  People who master the art of pausing under pressure learn to refocus their awareness on what’s unfolding in the present – and to spot things that might actually go right.

tweet
share on Facebookshare on Twittershare on Pinterestshare on LinkedInshare on Redditshare on VKontakteshare on Email
Maggie CraddockJuly 25, 2020

Maggie Craddock is the president and founder of Workplace Relationships, LLC. To learn more about her coaching methodology, her upcoming book Lifeboat Navigating Unexpected Career Change and Disruption (August 2020) and her previous books published by The Harvard Business Review Press and New World Library. Maggie Craddock is an opinion columnist for the CEOWORLD magazine. Follow her on LinkedIn.
view all posts