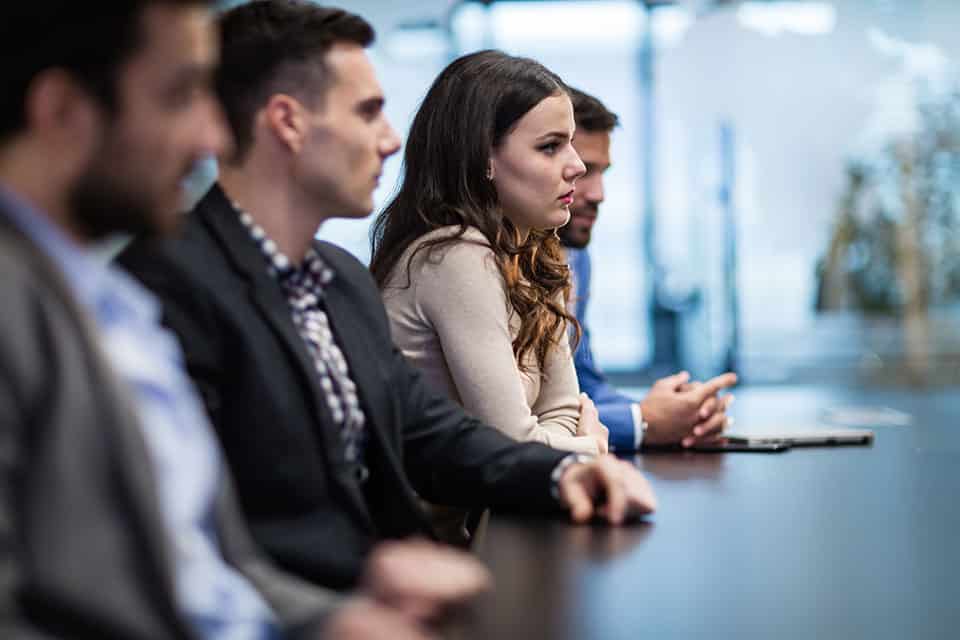 As our nation grapples with the public health and economic devastation wrought by COVID-19, we are also faced with another hateful enemy: racist hate crimes. Americans who have known no other home and owe no allegiance to any country but their own are being spat on and viciously attacked as they are assumed to be from China and somehow responsible for the spread of the virus. This is currently most prevalent for members of the Asian American community who are being stripped of a sense of belonging, even as they do important front-line work as physicians, pharmacists, nurses, and other essential workers.

And, as the trend of globalization continues, workplace diversity is a major goal for companies. Research shows that companies which embrace a more diverse culture earn 19 percent higher revenue than those that do not. Although many company managers are aware of the importance of diversity, they do not know what exact benefits diversity can bring. Unfortunately, the reality of achieving workplace diversity is challenging.

The “All-American” identity has long been the privilege of Caucasian Americans. Everyone else is a hyphenated American. Americans of color and children of immigrants are often asked “Where are you really from?” This othering of Americans can be devastating to those who have only ever known one home: America. In the face of foreign threats, real or imagined, certain racial and ethnic groups are held accountable, accused of split loyalties, and told to “go back where you came from.”

What can CEO’s do to embrace diversity in the workforce post COVID19?

Now is a good time to examine the root of this problem. Immigration to America has happened in waves, starting in the colonial era. With some exceptions such as the Africans brought here as slaves, and Chinese railroad laborers, the first four waves of immigrants arrived here largely from Europe with one-way tickets – fleeing war, famine, religious persecution, or poverty. They were largely White and Judeo-Christian. While many suffered in ghettos on arrival, over a generation these immigrants were able to “assimilate” into the Great  American melting pot — giving up some cultural practices in return for becoming American and enjoying the freedoms and bounty this land has to offer.

Since the Immigration and Naturalization Act passed in 1965, most immigrants have come from Asia and Latin America and are more racially, culturally, and religiously diverse.  Thanks to advances in communication and lower costs of travel, they can retain strong cultural ties with their native lands. But even if they willingly gave up their cultural practices to “become American,” they will not be able to escape the “Where are you really from?” question.   It is no surprise that these newer groups are only able to feel a sense of belonging among those like them.

The unhappy consequence of this outdated model of integration is playing out in places like the San Francisco Bay Area for example, where large demographic shifts that typically play out over centuries, have happened in fewer than four decades. We have not had time to develop the cultural competency that allows us to celebrate our diversity and draw strength from it. This has resulted in cultural silos: people living in immiscible enclaves as hyphenated Americans with nuanced understanding of their own kind but often a stereotypical understanding of others. In times of relative peace, with plenty of “real” issues like housing and transportation to be addressed, these trends may be dismissed as unimportant.

The COVID-19 crisis, much like 9/11, proves otherwise. It is time for us as Americans to move beyond the band-aid fixes of setting up hotlines to report crimes and starting on-line petitions. We need to acknowledge the time has come for an alternative model of integration; one that stands the test of accelerating diversity and does not require giving up one’s unique cultural identity to become American.

America is no longer a melting pot— it is a mosaic. We must begin the hard work of increasing our cultural competency, not merely “tolerating” people who dress, eat, pray, and express differently. but developing an open-minded curiosity about them. We must embrace the notion that what makes people “real” Americans beyond citizenship is love for our country and the values she stands for.

Cultural competency is not something that can be taught in classrooms. It cannot be gained by sitting through sensitivity training or unconscious-bias seminars. It must develop in communities organically, through repeated agenda-free interactions, between diverse people, and in uplifting settings such as community events, concerts, and festivals.

tweet
share on Facebookshare on Twittershare on Pinterestshare on LinkedInshare on Redditshare on VKontakteshare on Email
Usha SrinivasanMay 30, 2020

Usha Srinivasan is the founder of Sangam Arts, a non-profit focused on creating and nurturing strong intercultural connections between the many vibrant cultures in the US through visual and performing arts. In response to COVID-19, Mosaic Silicon Valley continues to bring unique programming through its series of Mosaic Connect virtual performances. Usha Srinivasan is an opinion columnist for the CEOWORLD magazine. Follow her on Twitter or connect on LinkedIn.
view all posts