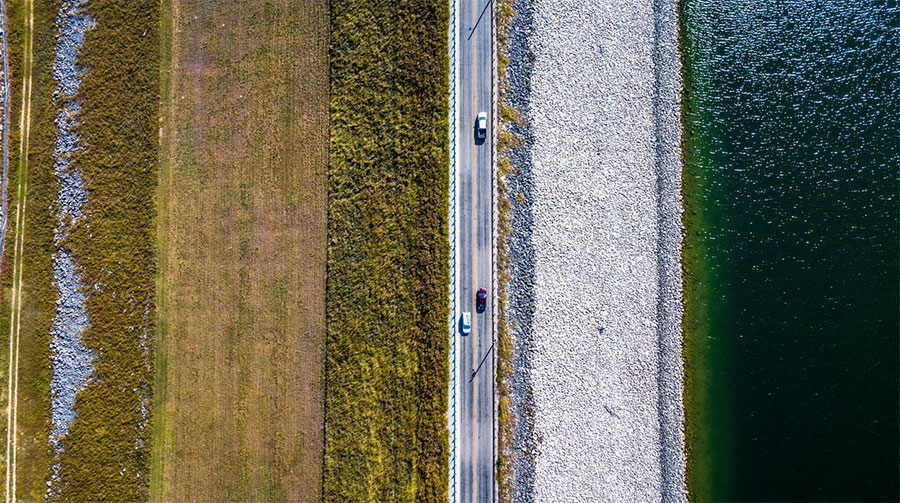 MOVE over New York and California – Texas has been named the best US state for doing business, according to the CEOWORLD magazine’s list for 2018. South Carolina ranked number 2 on the list, followed by Florida (No. 3), North Carolina (No. 4), and Tennessee (No. 5).

The magazine placed Georgia in sixth on the list ahead of Indiana, and Colorado. Arizona and Ohio round out the list at nine and ten, respectively.

Utah took the No. 11 spot, followed by the South Dakota (No.12) and Nevada (No.13).  To determine which states have the best and worst business climates, the CEOWORLD magazine identified, reviewed, and surveyed nearly 20 measures of doing business. These were divided into four major categories: regulations, economic conditions, quality of life, and skill level of the workforce.

Meanwhile, Alabama ranked No. 14 in the CEOWORLD magazine’s ranking of the best US state for doing business in 2018. Wisconsin came in fifteenth place, followed by Wyoming (sixteenth), Iowa (seventeenth), Kansas (eighteenth), and Virginia, ranked nineteenth. Out of all 50 US States, Delaware ranked No. 20th overall.

The best (and worst) US States for doing business in 2018 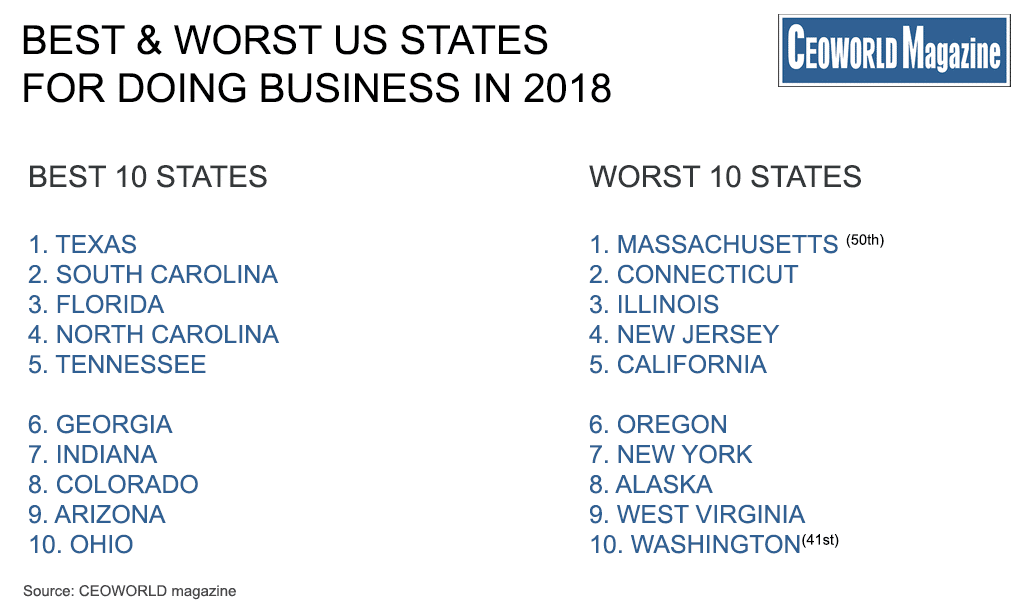 tweet
share on Facebookshare on Twittershare on Pinterestshare on LinkedInshare on Redditshare on VKontakteshare on Email
Aimee Lee WebberMay 3, 2018