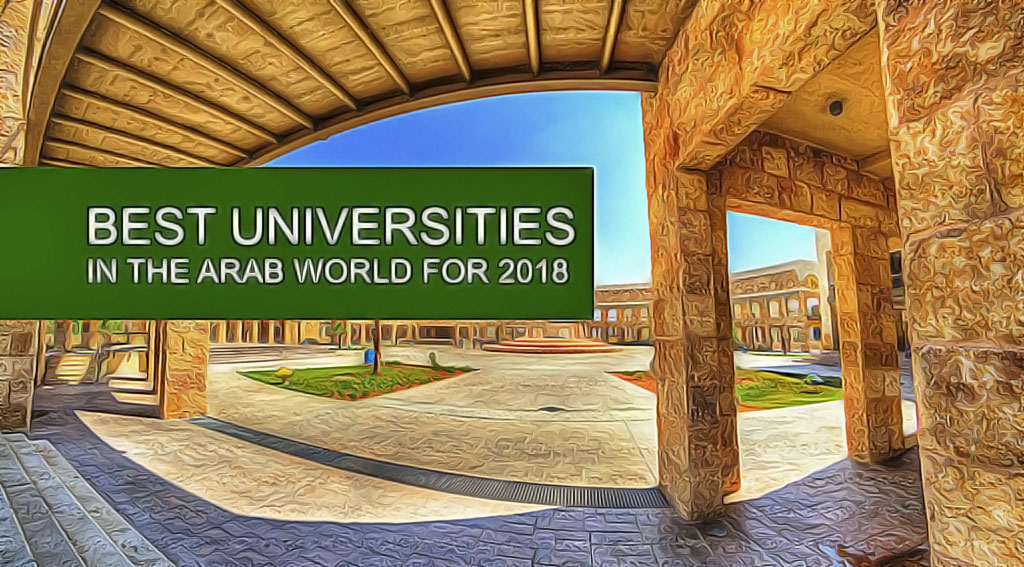 King Saud University in the City of Riyadh has been ranked number 1 in the CEOWORLD magazine’s best universities in the Arab world for 2018. United Arab Emirates University came in second in the Arab region followed by the American University of Beirut (AUB) at the third position.

Universities in Saudi Arabia dominate the upper echelons of a university ranking that looks at the best institutions in the Arab World (also known as the Arab nations or the Arab states). There are 53 universities that make the cut.

They are joined in the top five by United Arab Emirates University in Abu Dhabi, UAE, and American University of Beirut (AUB).

The most-represented nation in the table goes to Saudi Arabia, with ten universities altogether. Egypt is next, with nine institutions. Egypt was followed by United Arab Emirates (7), Jordan (5), Iraq (4), Lebanon (4), Morocco (4), Bahrain (3), Kuwait (2), and Tunisia (2). Only one university made the rankings from Algeria, Oman, and Qatar.

These are the best universities in the Arab world for 2018:

General Methodology on the CEOWORLD magazine’s Best Universities In The Arab World For 2018 ranking. The rankings are based on seven major metrics of quality and reputation. Overall Score (100%) is the sum of:

To establish our list, we collected information and statistics from publicly available sources, research, and survey. The ranking measures the quality of education, job placements of graduates, recruiters response, employers feedback, without relying on institutions data submissions.

Graduates, industry professionals, employers, and recruiters were asked to rate universities on a scale of 1 “marginal” to 100 “outstanding” or “don’t know.”

However, this is by no means a comprehensive list, while institutions above are the CEOWORLD magazine’s “Best Universities In The Arab World For 2018,” there may be many other institutions that offer excellent programs.

* This ranking should not be viewed as the most important aspect when choosing an university, and are merely one element to consider.
* The top-ranked university receives 100 points.
* The rankings are the result of a rigorous analytical exercise, incorporating multiple data sources, without relying on university data submissions.
* Detailed survey data and information collected directly from 85,000 individuals, across 7 data points.
* CEOWORLD magazine conducted its survey from early-October 2017 to mid-February 2018.
* Magazine invited 85,000 Individual from 21 countries to participate in this year’s study.
* Surveys completed by 40,000 graduates; 4,800 recruiters; and 40,200 employers (with 100 or more employees) around the Arab world.
* We analyzed over 72 institutions during the data collection process.
* The overall score is numerical scores given to the universities based on students, industry professionals, and recruiter feedback — measuring the quality of the business school. Total scores are out of 100.
* The margin of sampling error for the full sample of 85,000 respondents is plus or minus 1.2 percentage points. In addition to sampling error, one should bear in mind that as in all survey research, there are possible sources of error—such as coverage, nonresponse and measurement error——that could affect the results. 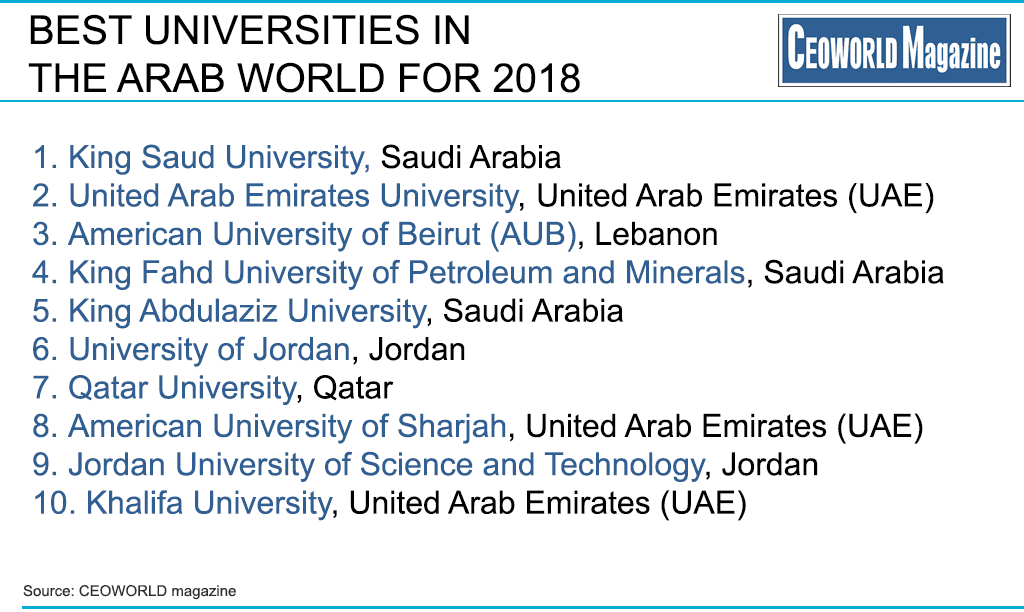 tweet
share on Facebookshare on Twittershare on Pinterestshare on LinkedInshare on Redditshare on VKontakteshare on Email
Megan BatchelorMarch 21, 2018