The margin of sampling error for the full sample of 5.000 respondents is plus or minus 1.6 percentage points. In addition to sampling error, one should bear in mind that as in all survey research, there are possible sources of error—such as coverage, nonresponse and measurement error——that could affect the results. 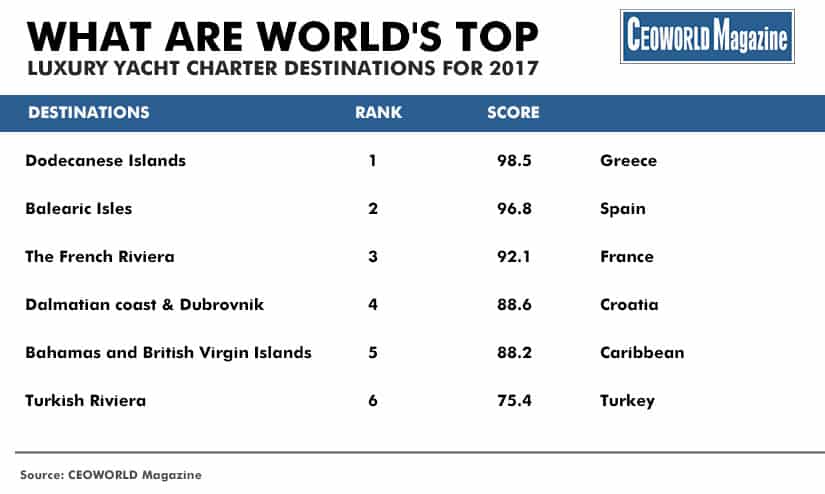 Below are the top 6 best and most popular luxury yacht charter destinations for 2017:

The Dodecanese islands are made up of 12 main islands, the principle of which are Astypalaia, Kalymnos, Kos, Leros, Nisisros, Patmos, Rhodes and Symi and are situated in the south-eastern Aegean sea, just off the coast of Turkey. What’s more, Dodecanese is actually a group of over 163 islands, and only 26 of those are inhabited. The word Dodecanese is derived from the Greek word meaning “twelve islands”.  Chartering a luxury yacht is the best way to go and visit these islands as there are so many.

Known for its mild climate and stunning landscape, the French Riviera, in the South of France, is one of the world’s most popular luxury yacht charter destinations. The French Riviera is packed with glitz, glamour, and desirable hotspots between the world famous Monaco, Nice, Antibes, Cannes, St Tropez, and Marseilles. 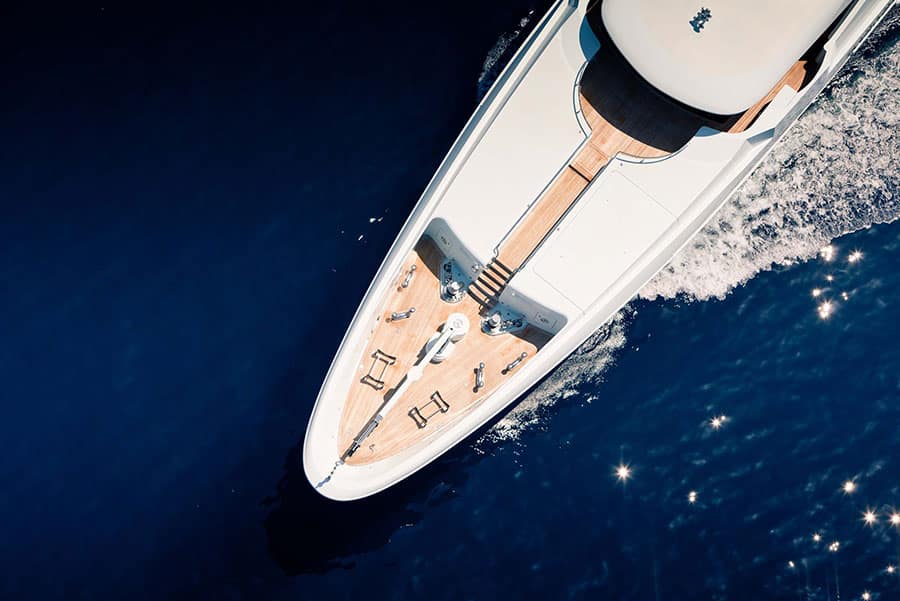 In recent years, Croatia has blossomed as one of world’s hottest new luxury yacht charter destinations, and the Dalmatian Coast and Dubrovnik have become 2 of the Croatia’s most famous stretch and sought-after escapes. 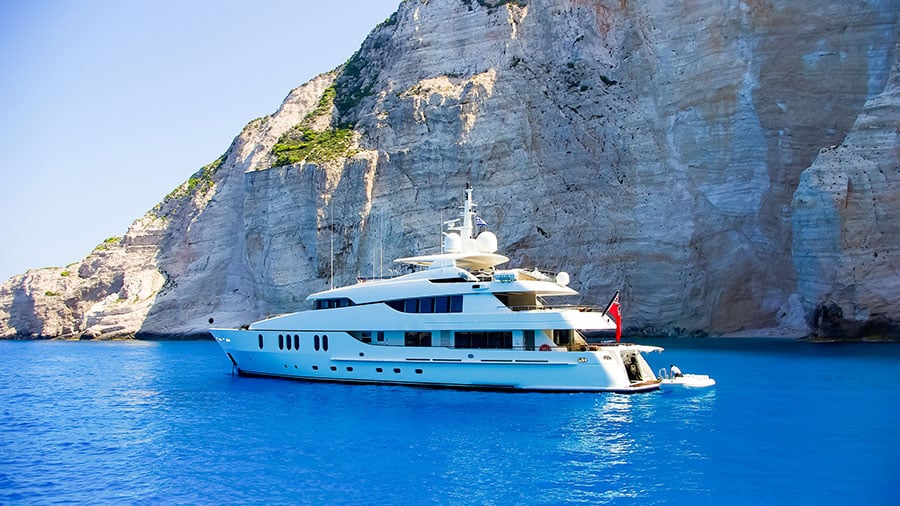 tweet
share on Facebookshare on Twittershare on Pinterestshare on LinkedInshare on Redditshare on VKontakteshare on Email
Megan BatchelorJanuary 2, 2017