The Securities Exchange Commission last month adopted a long-anticipated new rule requiring publicly-traded companies to identify and disclose the compensation gap between what the company pays its chief executive officer and the pay and benefits of its “median worker.”

The narrow 3 to 2 vote by SEC commissioners approving the new “pay ratio” rule is indicative of the divisive nature of the pay ratio issue. Over the past two years, the debate leading up to promulgation of the new regulation generated more than 287,000 comment letters to the SEC. It also pitted business groups who called the rule unnecessary, expensive and impossible to implement against investors and consumers who said disclosure would help investors make more informed decisions in their voting on compensation packages given by companies to their C-suite executives (so-called “say-on-pay”), a right granted to shareholders as a result of the Dodd-Frank Wall Street Reform and Consumer Protection Act.

The crux of the controversy over the new compensation rule involves the cost and complexity of compliance. For large international corporations that operate multiple businesses in a host of countries with their own rules and regulations, the big concern is integrating and then comparing very different compensation systems administered in a diverse array of environments. The rule also doesn’t annualize the compensation of part-time employees. 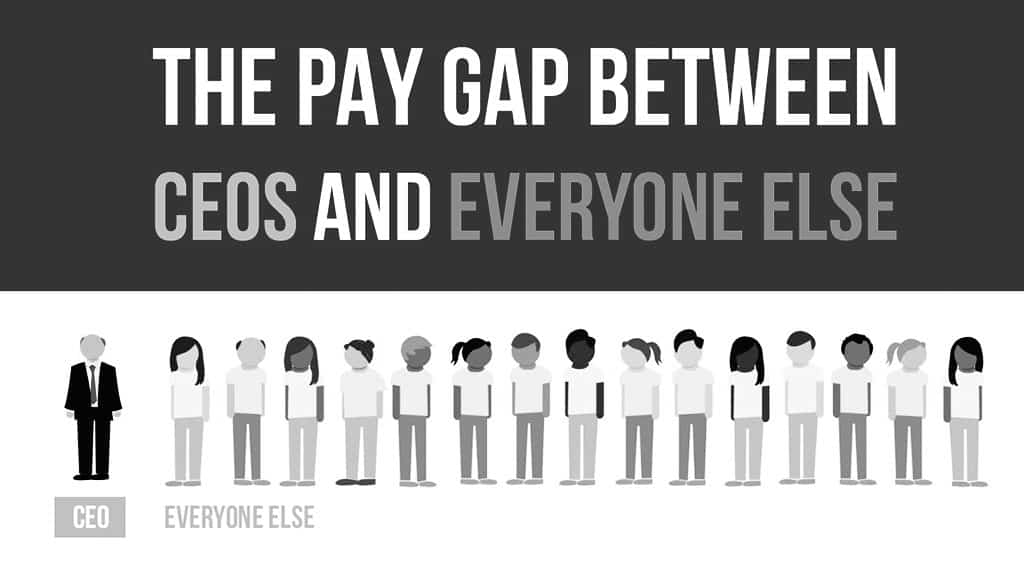 Companies with CEOs residing in high cost-of-living countries, but with a large portion of their workforce employed in lower-cost countries, were also concerned their pay ratios would look disproportionately out of line compared with companies whose labor force might live within a single country or more homogeneous market.

On the other side are the investor advocates, shareholder groups and union pension funds that have pushed for reporting of the CEO/employee pay gap. Over the past 50 years, these groups say, the pay ratio has widened ten-fold, with enhanced CEO pay not always connected to a strong financial performance by the company.

Groups like Americans for Financial Reform, a coalition of more than 200 civil rights, consumer, labor and other groups, are concerned that CEO compensation overall has grown to nearly 300 times what typical employees earn.

The SEC has tried to address many of these concerns by providing companies greater flexibility in meeting the rule’s requirements. The rule does not apply to smaller reporting companies, emerging growth companies, foreign private issuers, MJDS filers and registered investment companies.

In addition, companies operating in multiple countries are allowed to apply cost-of-living adjustments when computing differences to identify the median employee. However, companies must still disclose the median employee’s actual annual compensation and pay ratio before any cost-of-living adjustments can be applied. The rule also allows international companies to exclude certain non-U.S. employees from its calculations. A company can also apply a methodology suited to its own facts and circumstances.

And to further reduce the burden of compliance, the SEC will allow a company to use one particular median employee to represent the entire workforce for up to three fiscal years – unless there has been a substantial change in the size of a company’s workforce or in the benefits package a company pays.

What this means is that the SEC seemed to envision the “median worker” to be more than just a statistic but a real person, with a name and face – someone, in short, who might find their picture on the wall as the Company X “Median Worker” some day instead of its “Employee of the Month!”

Despite a few high-profile confrontations between management and investors, such as when JPMorgan CEO Jamie Dimon lashed out at “lazy” investors last May when some unsuccessfully tried to derail his $20 million compensation package, more than 70% of company managers have had their say-on-pay resolutions approved by shareholders by margins of 90% or more. Fewer than 50 out of 3,800 shareholder groups rejected the compensation packages managers put before them.

Despite the heightened scrutiny, it still pays to be a CEO. Median compensation for the heads of Standard & Poor’s 500 companies rose to a record $10.6 million. That is up from $10.5 million the year before, according to the compensation data firm Equilar and the Associated Press. And chief executives, according to the Labor Department, were still making more than 205 times the average US worker’s annual salary of $47,230.

At the same time, a survey of CEO compensation conducted over the past two years by the Wall Street Journal and the Hay Group found that executive pay raises were significantly lower last year than increases in shareholder value.

According to this survey, total shareholder return rose 34.6% in 2013 while CEO pay increased only 5.5%. Last year, while investor value rose16.6% CEO compensation increased only 4.6%.

If these early returns are any indication, the new rules under Dodd-Frank are having their intended effect as shareholders now feel themselves empowered to hold chief executives more accountable by tying their benefit packages more closely to company performance.

And it is precisely this success which makes the SEC’s new pay ratio requirements all the more puzzling.

Since CEO pay is already fully described in the SEC filings of the very firms which must now also comply with this additional pay ratio mandate, it is not clear how this hard-to-calculate and arbitrary ratio between executive pay and compensation for a company’s median worker – a ratio that likely will not be comparable from company to company based on the methods of calculation rather than underlying issues of compensation – further informs the decisions of individual investors who are pondering whether to buy a company’s stock or not.

Federal securities laws compel firms to disclose material information to investors so that they can make informed investment and voting decisions. Yet, if industry groups like the Business Roundtable are correct that harmonizing multiple payroll systems across dozens of countries with their very different legal traditions is prohibitively expensive if not impossible, then a rule intended to enlighten investors might more likely lead them to make “arbitrary and distorted conclusions” regarding corporate compensation practices.

Though the two dissenting SEC commissioners, among others, have stated that the only point of the new pay ratio disclosure rule is to “name and shame” highly paid CEOs and their firms, the SEC tried to do its best to strike a balance between the Congressional mandates of Dodd-Frank and industry complaints about how implementation of the new rules was onerous.

Yet at the end of the day, instead of achieving the SEC’s stated mission of protecting investors and the public interest, the new rule might perversely lead investors astray by requiring companies to produce information that, by its very nature, is not just redundant and expensive to obtain but arbitrary, immaterial and misleading as well.

Howard E. Berkenblit is a partner and leader of the Capital Markets Group of the law firm of Sullivan & Worcester LLP, based in Boston.
view all posts