CEOWORLD magazine - Top Stories - Executive Education - A 6-Foot Gorilla Named “Joe”: 3 Ways to Hook Customers Like They Do in Hollywood 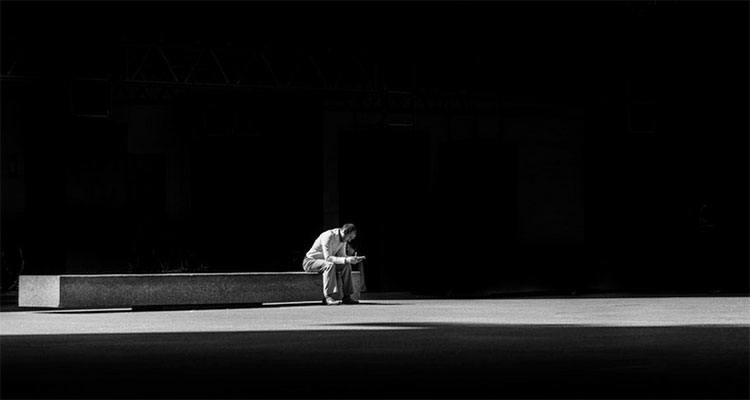 No one expects a leisurely stroll down a city street to turn into an encounter with a giant hairy gorilla—but that’s exactly what my grandfather had in mind when he placed “Joe” in the front window of our family’s toy store. Joe was a six-foot-tall stuffed toy gorilla, complete with a name tag stuck to his matted chest that read “Joe.” Not only was the gorilla massive, he was mechanical, with a body that turned and waved to everyone passing by. The idea for the gorilla came about when my grandfather, fed up with people walking right past his toy store day in and day out without venturing in, decided something needed to be done to catch their attention. So he bought a stuffed gorilla and put him to work.

Needless to say, Joe got people’s attention. They would turn and look every time. They would stop in their tracks, they would yelp, they would jump back, startled. They often laughed out loud or grabbed the person next to them. But most importantly, Joe brought people into the store. The passersby wanted to know more. What was going on inside that store? They needed to find out.

It was a great hook. A hook that got people talking. A hook that invited people to walk into the toy store and buy a toy before they left.

The 8-Second Science Behind ‘Joe’

Research tells us that the attention span of the average person is eight seconds. You have eight seconds to convince people that you’ve got something worth hearing about before they zone out, tune out, or check out. Be it a pitch to investors, a company presentation, or an advertisement, if you can’t catch the attention of your audience within eight seconds, you’ve already lost. So, how do you do it? With a great hook. Like a gorilla in a window. In fact, that’s precisely what we do in Hollywood, using three tiered techniques:

I’ve pitched to Hollywood directors and Fortune 500 CEOs with very short attention spans. You need to catch people with something unusual, unexpected, action-driven, or that raises a clear conflict.

When creating a hook, it helps to start with a “what if” scenario. For example, “What if superheroes were banned from saving people?” That was the hook for The Incredibles, which took the “ordinary” world of superheroes saving people and turned it into an unusual situation. Your audience is now hooked and asking, “Why and how did they get banned?”

Hooks that set up an intriguing question work like magic. This is true not just for film, but also for inspiring your employees or motivating customers to buy your product or service.

When Steve Jobs introduced the iPod in 2001, his hook was: “What if you could put a thousand songs in your pocket?” At the time, this was unheard of. Steve shared something unusual in eight seconds that grabbed his audience’s attention.

Hooks can be visual, too. For instance, a woman who works at a health insurance company told me how she uses her dented laptop to sell insurance. Wait. How does she do that?

Well, right before she starts her sales pitch with a customer, she opens up her dented laptop. The customer can’t help but ask what happened to her computer. This curiosity sets up the beginning of a story. The agent shares how one day someone pulled out in front of her, and she was forced to slam on the brakes. Then two things happened: She suffered minor whiplash, and her laptop, which she had left on the dashboard, was thrown around the car and damaged.

Due to her injury, she went to the hospital—and experienced firsthand how the very health company she worked for actually operated. She was overwhelmed by the great service she received. Everyone treated her well, even though they had no idea she worked for the company. The experience made her truly proud of her company.

You may not have a dented laptop, but you probably have something lying around that begs a story. Can you think of visual hooks you could use at your next important pitch?

Technique #3: Loglines and the Elevator Pitch.

A hook is just a taste of what your story could be. To transform it into one, you’ll need to create a logline, which contains the four elements that have been used in storytelling for thousands of years:

A logline can be told in three minutes, in thirty seconds, or even in a single sentence. In the entertainment industry, people sometimes call the logline an elevator pitch. If you found yourself in the elevator with a big-time movie director and only had a few minutes to pitch your amazing idea, what would you say? In business, the logline would be the mission statement.

Just look at Facebook’s logline/mission statement: “give people the power to build community and bring the world closer together, to stay connected with friends and family, to discover what’s going on in the world, and to share and express what matters to them.”

Whether the hero is a single person or a company, they need to go on a journey to reach their goal. The goal might be to defeat a dragon, reach new customers, or build a better product. The hero must also face obstacles in order to create tension and uncertainty in the audience, keeping people engaged until the very end.

By the end of the story, the hero or heroes have changed, and if done well, have engendered a change in the audience as well. It’s proof that the most powerful person in the world will always be the storyteller, whether you work at Pixar, a Fortune Global 500 company, or even a small family toy store.

CEOWORLD magazine - Top Stories - Executive Education - A 6-Foot Gorilla Named “Joe”: 3 Ways to Hook Customers Like They Do in Hollywood

tweet
share on Facebookshare on Twittershare on Pinterestshare on LinkedInshare on Redditshare on VKontakteshare on Email
Matthew LuhnOctober 25, 2018

Matthew Luhn is a writer, story branding consultant, and keynote speaker with over 25 years' experience at Pixar Animation Studios, with story credits including the Toy Story and Monsters, Inc. franchises, Finding Nemo, UP, Cars, and Ratatouille. Alongside his work in Hollywood, Matthew Luhn trains CEOs, marketing teams, directors, and professionals on how to craft stories for Fortune 500 companies, Academy Award-winning movies, and corporate brands grossing billions of dollars worldwide, advice he’s packed into his new book, The Best Story Wins: How to Leverage Hollywood Storytelling in Business and Beyond (Morgan James Publishing; August 28, 2018).
view all posts