Robb has spent more than two decades applying his deep understanding of user-centric design to unlocking hyperautomation. In that time he built UX Magazine into the world’s largest experience design publication while simultaneously creating Effective UI, a full-service UX firm that competed with IDEO and Frog Design. In addition to launching 15 startups and collecting over 130 awards across the fields of design and technology, Robb has held executive roles at several publicly traded companies and mentored colleagues who went on to leadership roles at Amazon Alexa, Google, Ogilvy, GE, Salesforce, Instagram, LinkedIn, Disney, Microsoft, Mastercard, and Boeing.

A trusted thought leader in the realm of conversational AI and hyperautomation, Robb has played a part in creating a wide variety of products, apps, and movies that have touched nearly every person on the planet. His book Age of Invisible Machines: A Practical Guide to Creating a Hyperautomated Ecosystem of Intelligent Digital Workers (Wiley, September, 2022) is available wherever books are sold.

​​Robb Wilson is an opinion columnist for the CEOWORLD magazine. Connect with him through LinkedIn. 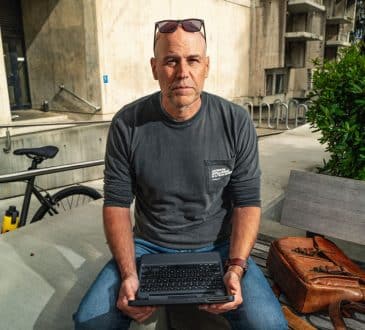 Hyperautomation is Already Here, Bringing with it Hyperdisruption

Robb WilsonCEO Insider
I don’t want to scare you, but the status quo is a death sentence. Most modern organizations are run using systems and strategies that will seem almost comically outdated a few short years from now. That’s because the strategic orchestration of technologies described in this book—conversational AI, hyperautomation, and intelligent...