Marina Hatsopoulos was Founding CEO of Z Corporation, an early market leader in 3D printing out of MIT, from 1994 through its sale in 2005, when it reached $30 million in revenues. She is Board Chair of Levitronix Technologies, the worldwide leader in magnetically-levitated bearingless motor technology and President of Hellenic Innovation Network. She is a member of the National Board of Research & Innovation for the Republic of Cyprus. She is on the MIT Corporation Visiting Committee for the Department of Mechanical Engineering. She is on the Advisory Board of the Nantucket Conference, MIT Enterprise Forum Greece, Eurobank’s EGG incubator, Mindspace Startup Program and the OK!Thess accelerator in Greece. She was a Director of Cynosure Inc., a $400 million leader in the laser aesthetics market; the GSI Group, a $300 million supplier of laser-based equipment; and Contex Holding, a $100 million leading manufacturer of large-format scanners. She was an investor and Director of Dear Kate performance apparel and Tea Forte, a luxury tea brand. She has also written articles, essays and short stories which appear at windystreet.com and have been published in Venturebeat, Antioch Review, Bellevue Literary, and other literary journals. She holds B.A. degrees from Brown University in Math and in Music, and an M.S. from the Massachusetts Institute of Technology in Mechanical Engineering. Marina Hatsopoulos is an opinion columnist for the CEOWORLD magazine. You can follow her on LinkedIn and WindyStreet. 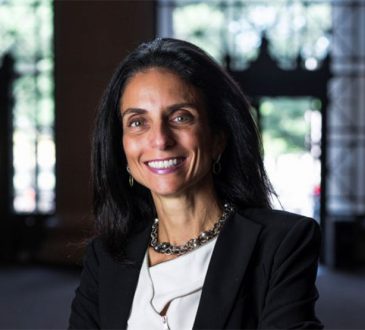 The Danger of Success: CEO Syndrome

Marina HatsopoulosCEO Insider
The biggest danger facing an accomplished CEO isn’t another lockdown, competition or technological obsolescence. The looming threat, which is a product of success, is CEO Syndrome: the externally-inflated ego that leads a CEO to be certain of their own judgment and allows them to self-insulate from honest feedback and diversity...