Jordan Babineaux, author of PIVOT TO WIN, transitioned from nearly a decade playing in the NFL to become a sports broadcaster, entrepreneur, and business executive. He currently serves as the “voice” of the Seattle Seahawks on both television and radio, while also helping organizations, teams, and leaders navigate their pivots.

Babineaux and his brother Jonathan, former defensive end for the Atlanta Falcons, founded a company that produced several filmed comedy specials as well as the movie Woman Thou Art Loosed. They also launched a specialized car service in Seattle and created the Babineaux Foundation, a nonprofit that gives back to their hometown of Port Arthur, Texas, and contributes to Lupus research. Jordan Babineaux holds a bachelor’s degree in Mass Communication from Southern Arkansas University and an MBA from Seattle University. He lives in Seattle with his wife and three children.

Jordan Babineaux is an opinion columnist for the CEOWORLD magazine. You can follow him on Twitter and LinkedIn. 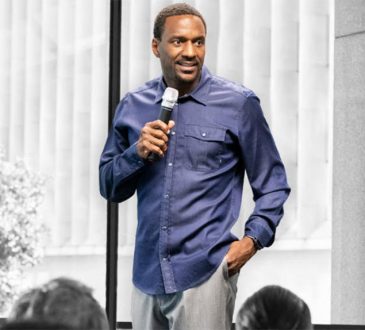 Jordan BabineauxBusiness Luxury Lifestyle
Our lives are often like a book, filled with chapters.  My first chapter was my childhood and my education.  My second chapter was as a professional athlete – playing for the Seattle Seahawks and the Tennessee Titans. I retired from the NFL in 2014.  Since then I’ve built a new...