Author of EXTREME (Blue Light Press) and You Can Be a Winning Writer: The 4 C’s Approach of Successful Authors – Craft, Commitment, Community, and Confidence (Mango Press), Joan Gelfand is also a coach and writing teacher. Her poetry, reviews and stories have won the Cervena Barva Fiction Award, The Chaffin Fiction Award and Red Room Authors award for reviewing. Nominated for three Pushcart prizes, her work has appeared in national and international publications, in-cluding the Los Angeles Review of Books, Rattle, PANK! Chicken Soup for the Soul, Prairie Schooner, Levure Litteraire, Voice and Verse, and the Toronto Review. A short film based on her poem “The Ferlinghetti School of Poetics” won best Poetry Film at the World Film Festival and was featured at 20 international film festivals. Joan is an active member of the National Book Critics Circle, a juror for the Northern California Book Awards and a contributor to the Huffington Post. She lives in San Francisco with her husband Adam Hertz, and two beatnik kitties. Joan Gelfand is an opinion columnist for the CEOWORLD magazine. Follow her on Twitter or connect on LinkedIn. 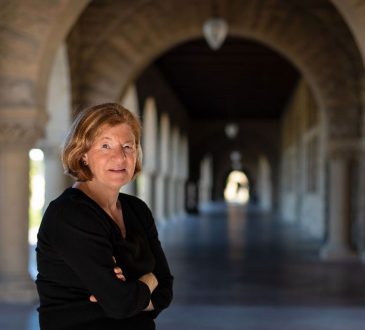 Joan GelfandC-Suite Agenda
If you happened to be raised ‘back in the day’ you will recall the 3 R’s with which schoolchildren were indoctrinated: Reading, writing , ‘rithmatic. For my money, those three R’s served us well. I still believe in these disciplines as  the cornerstones of a well-rounded  education. These days, reading...