Mr. Henderson started his career with BOK Financial in 1991 as the Head Taxable Fixed Income Trader on BOK’s institutional trading desk before being promoted into the Wealth Division as Vice President, Manager of Bond Funds in 1993. Later in 2002, he was named the Director of Trust Investments, and President of BOK Investment Advisors with overall responsibility for the Investment Management Group’s alternative and traditional discretionary assets under management.

In 1989, Mr. Henderson earned a Bachelor of Business Administration in Finance from Southern Methodist University in Dallas, Texas. He holds the Chartered Financial Analyst designation, and has served as past President and Board Member for the Oklahoma Society of Financial Analysts. He is currently an Executive Board Member of the Boy Scouts of America’s Indian Nation Council in Tulsa, Oklahoma.

J. Brian Henderson is an opinion columnist for the CEOWORLD magazine.

J. Brian HendersonExecutive Education
Can you hear that train a coming? It’s the U.S. economy and its roaring ‘round the tracks within a stimulus ring of fire. Amped-up on stimulus checks, vaccine shots, and an easy Fed, U.S. economic growth has been red-lining beyond capacity limits. Personal consumption expenditures on goods and services grew... 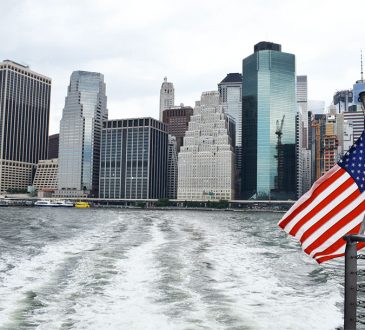 Three Reasons to Expect a Significant Rebound in the US Economy

J. Brian HendersonC-Suite Agenda
The pandemic continues to weigh on the US economy. However, with a recently-passed third-round stimulus, more vaccines being distributed and states beginning to reopen, we expect a significant economic rebound quicker than originally anticipated. We believe we will see meaningful economic pick-up start late in the first quarter and continue...