Ed Mitzen is the ForbesBook author of More Than a Number: The Power of Empathy and Philanthropy in Driving Ad Agency Performance and the founder of Fingerpaint, an independent advertising agency grossing $60 million in revenue. A health and wellness marketing entrepreneur for 25 years, Mitzen also built successful firms CHS and Palio Communications. Fingerpaint has been included on the Inc. 5000 list of fastest-growing companies for seven straight years and garnered agency of the year nominations and wins from MM&M, Med Ad News, and PM360. Mitzen was named Industry Person of the Year by Med Ad News in 2016 and a top boss by Digiday in 2017. A graduate of Syracuse University with an MBA from the University of Rochester, Ed Mitzen has written for Fortune, Forbes, HuffPost, and the Wall Street Journal. Ed Mitzen is an opinion columnist for the CEOWORLD magazine. 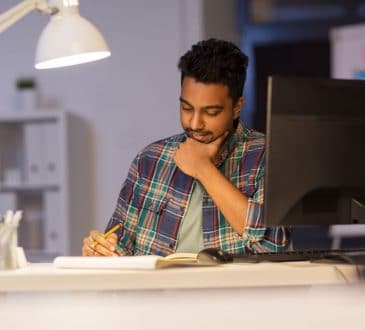 How to Keep Employees Connected to Company Culture While Working Remotely

Ed MitzenC-Suite Advisory
Tried and true strategies to maintain engagement with a remote staff. As a business owner, I never thought I’d see a time where my entire company would be working remotely for five months straight without a definitive end date in sight. But, as for many companies in 2020, that has...