Caren Kenney, CEO and founder of Evolve Leadership, is a highly experienced business and thought leader and global C-suite executive coach and consultant. Prior to launching Evolve, she was part of the leadership team at the Johnson & Johnson Human Performance Institute and executive director of its Premier Executive Leadership™ program, which she was responsible for creating and leading beginning in 2016. Before that, she served as part of the Johnson & Johnson Health and Wellness Solutions leadership team, where she built and launched several strategic health and wellness enterprise platforms, initiatives, and partnerships. In 2001, Caren co-founded a health-tech startup that developed the world’s first direct-to-consumer behavioral health digital coaching programs, which were ultimately acquired by J&J.

As an executive coach, Caren has worked with a range of leaders from early-stage start-up CEOs to Fortune 100 executives and Fortune Most Powerful Women. She also delivers keynotes and workshops for women leaders, HR executives, and leadership teams on how to achieve higher levels of wellbeing and performance for themselves and their organizations.

Caren Kenney is an opinion columnist for the CEOWORLD magazine. You can follow her on LinkedIn. 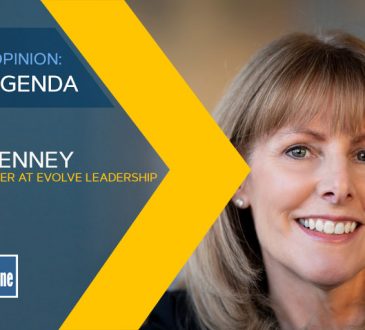 CEOs Are Expected to Be All Things to All People. Executive Coaching Must Rise to That Reality.

Caren KenneyCEO Insider
The global pandemic catalyzed enduring change in how work gets done and the roles business leaders are now expected to take. Even before the 2020 lockdown, CEOs found themselves whipsawed by rising pressures to lead their companies through change, and shorter time frames to do it in. In 2019, two...