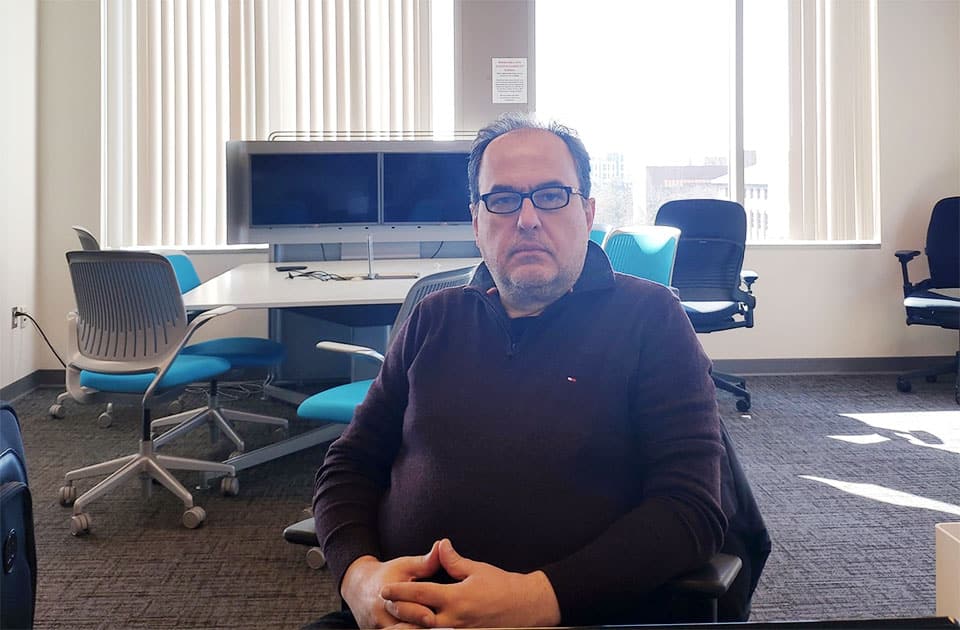 Dear friends, I come from Greece and I have been dealing with Strategic Communication in an international environment since 1995. Since we are talking about Communication, it makes sense to deal with all its forms. More so when we talk about Strategy, because we have to give special importance to critical aspects of Communication, such as that of citizens with the state, which also determines the future of state-citizen relations.

In the last twenty years, a period during which I have been constantly writing articles in Greek and international media with the subject of Strategic Communication in its various aspects, I have received many messages from citizens who are suffering from the malfunctions of government services and from the incompatibility between services, which -according to with their words- they apply the law. This means either that the relevant prefectures have problems that must be solved immediately, or that the services themselves must improve their operation.

However, since our data is that the citizen is suffering and the services show functional incompatibility in what concerns him, an important problem arises that needs special attention and the state must solve it immediately. This is the reason I deal with this specific issue in an international environment. Of course, the problem does not only concern the Greek state (I intend to write a relevant article in the Greek media with specific references to malfunctions and disharmonies between Greek state services.

One problem is that there is often a lot of bureaucracy involved in using government services, which can be frustrating and time-consuming. In addition, some government services are understaffed or have long wait times, which can make them difficult to use. Of course, in recent years in Greece many and important efforts have been made to deal with these problems and we hope for the best possible management of them in the immediate future), nor is there any intention to attribute special responsibilities to it.

On the contrary, it is closely connected with the more general functioning of states as mechanisms. If we have confidence in our state, we wish to improve it for the benefit of all, and we believe that Strategic Communication at the level of Consulting can help in this direction, we already have the answer…

What is the State?

The state is the body that governs a country. The state provides services to its citizens. Consequently, state services are the government services that are provided to citizens by the state. They are usually delivered by state-owned enterprises or agencies, and funded by taxation. State services can include things like healthcare, education, social security, transportation, and law enforcement.

The concept of state services is closely related to the concept of the welfare state. The welfare state is a political system in which the state provides certain social services to its citizens in order to protect them from economic and social problems. In this article, we will be looking at what a state is, how it operates and how it affects citizens’ day-to-day lives.

People have a sense of security when they trust their government. With more people trusting the government, it is easier to maintain a democratic society. The key to building citizen trust is to make sure that the government provides high-quality services. The government needs to show that it cares about its citizens and that it does not want them to be unhappy with their lives.

Declining trust in public service is a major issue to be addressed. If citizens don’t trust the state, then they will not participate and contribute to society. A low level of citizen trust can lead to a lack of cooperation with state authorities, and can also make it more difficult for state authorities to collect taxes and deliver public services.

Public service effectiveness is the extent to which a state can provide services and benefits to its citizens. In order for public service effectiveness to be achieved, there needs to be a high level of trust between the citizenry and the government, something which has been conquered by the consistency of the state and the citizens have been convinced of it over time. Citizens are more likely to participate in society when they have confidence in the state’s ability to provide goods and services, as well as maintain stability.

What Factors Influence a Person’s Trust or Distrust in Government Services?

There are many factors that influence a person’s trust or distrust in government services. The complexity of the task, the proximity of service delivery points, the consistency and interoperability of services without contradictions and functional gaps, the quality of service delivery, and the level of citizen engagement are some of these factors. The complexity of tasks that citizens have to perform in order to access government services influences their trust in these services. If a citizen has to go through a complicated process in order to access government services hoping to solve his problem, then they will be less likely to trust these services because they feel like it is not worth their time.

How to Increase Citizen Trust in Service Delivery from Governments?

In the era of social media, people have more control over what they see and read. This is because they can choose to follow certain people or organizations on social media that share their views. In this way, people are able to create their own realities and filter out information that doesn’t align with their beliefs. This is why it’s important for governments to increase citizen trust in service delivery by using new technologies such as chatbots, AI assistants, and virtual agents to communicate with citizens instead of using traditional channels like phone calls or emails.

The conclusion of this article is that in order to increase citizen trust, governments and other organizations need to invest more in the relationships they have with citizens. This means that governments need to be more transparent, accountable, and responsive. They should also work with communities and citizens to create a sustainable model for increasing citizen trust in partnerships between citizens and governments.

For all the above reasons, a government should not forget:

Citizen trust in the state and the functioning of state services are important issues that concern every member of society. The purpose of this article was to explore how different countries and their citizens approach these issues and whether there are commonalities between them. We hope we gave at least a stimulus…

Fotis Pantopoulos is a Teacher, Communications Specialist, Strategic Communication & Organizational Behavior Researcher, and Business Communication & Public Relations Consultant. He is the creator of the projects My name is Teacher in Greece, Innovatebiz in the Netherlands, and Co-Owner at INVESTIMA LLC in the USA, where he is active in fields related to Communication. For any questions or comments, you can contact him at fpantopoulos@investima.us, follow him on Facebook or connect on LinkedIn.

Fotis Pantopoulos is an opinion columnist for the CEOWORLD magazine. Connect with him through Facebook and LinkedIn.
view all posts