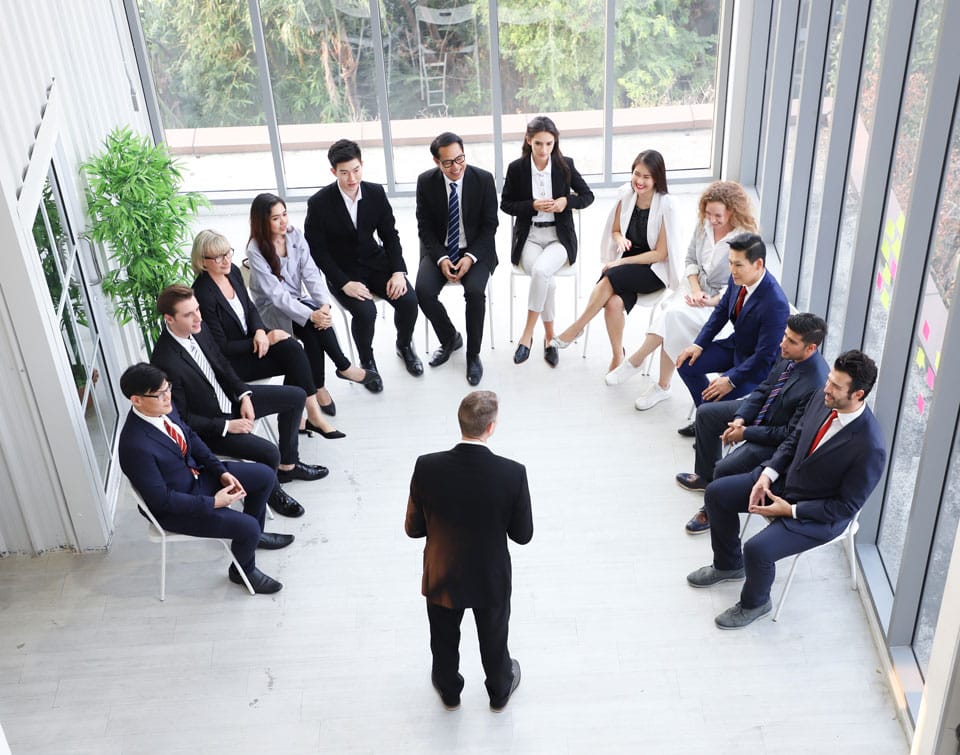 “How Can Love So Right Turn Out To Be So Wrong”

Adopting from a couple philosophers of our times, Ray, Goodman and Brown of R&B fame, and later the near-iconic BeeGees: good intentions gone bad due to intellectual dishonesty, corporate arrogance, intimidation, situational ethics, the conceit of perceived leadership infallibility. Getting carried away? In the modern parlance, get real!

One has to be bereft of goodwill and intelligence to entirely repudiate multiculturalism, equity, social conscience et al.

And have a social and economic death wish.

There is a chasm between all that and stupidity, pandering to false gods, subscribe to intellectually bankrupt social madness. And set fire to one’s own tail therefrom.

I am a champion of inclusivity, elimination of racial, gender and as much cultural bias as possible, and for merit-based opportunity. Easy to be all that if your parents beat that into you from birth and you experienced abject discrimination on your own skin. Nothing like shedding some blood because of who and what you are.

The raison d’etre for a commercial enterprise is to generate profits and equity for stakeholders.

“Profits” are not defined herein. I find that “profit” is not a definitional absolute. It varies and is articulated differently (poorly?) by accountants, economists, business executives and certainly politicians. Never has a career politician been accused of defining that for our benefit.

Influencing what is good for the consumer — hammering lifestyle, economic and social benefits to enhance sales, is as old as Aaron Montgomery. How good-looking you will be driving THAT automobile, drinking THAT beer, using THOSE cosmetics, wearing THOSE clothes, eating THAT burger. Galloping to success with THAT online degree. All that in the name of making profits.

Business must do that for stakeholders and to perpetuate itself. Absent profits reinvested in flexibility and positive growth, the gig will be up in short order.

Plying at corporate social engagement and conscience, morality, inclusion and equity is righteous. Genuflecting to hyper-aggressive, vocal purveyors of “the new world order” by self-appointed and often intellectually bankrupt moralists, is a “NO.”

I will focus on what many think is a “HARD NO.”

Is pushing change on society by mandating genuflecting on choice-less employees the CEOs’ job? Unearned privilege?

I am troubled that many business leaders often discount meritocracy, the bedrock pillar of success in business and life, for woefully thoughtless social, economic, and human-fairness inclusion. I proffer that we must understand the difference between a cure and a Band-Aid. However indispensable the latter, the former is the elegant and sustainable solution.

I did some reading about widely publicized, apropos practices of two dozen companies. All Fortune 200. Five of those top 20. Since regrettably none of those companies are presently paying me for my work and limited wisdom, I thought to rag on a couple of them. Picked those because as to core business fundamentals, I really respect them.

Ken Chenault’s American Express — I know that is now history — for its products and systems. Even more for all the fine people it had and still employs! Starting with its former leader and guiding light, the terrific Mr. Chenault.

My like for AMEX is notwithstanding their refusal to waive annual fees for our cards, after decades as top 2% user. My ego does not require me flipping really cool looking, high-end credit cards at retailers or in restaurants. My salad costs and tastes the same no matter. My CITI card has the same benefits and costs me nothing.

Whatever Ken Chenault left behind is a legacy. Perhaps also a parting shot with unintended consequences?

I expect the following snippet (challenged word choice if relating to a train-wreck), is sufficient to illustrate.

A couple months ago, I saw on TV the American Express Employee Worksheet. Employees were (are?) asked to identify their race, sexual orientation, body type, religion, gender identity, citizenship and privilege. Do you understand what all those categories mean and their relevance in context? A couple boxes trouble me greatly; a couple are so complex that they would require 500 words from me; one I simply do not comprehend.

I think some of this is smack in the “none of your business” box.

Might as well ask the folks to list all their personal characteristics they think dysphoric or socially unacceptable. AMEX has some 64,000 employees worldwide (I recall reading). Wonder how most of those folks feel about getting so naked?

“Body type?” Really? Is your employer going to contribute to a dating or health-typing mobile app. for you? How do you who already have a problem with the backscatter x-ray screening devices at airports feel about getting naked on paper? My reaction: None of your business (expletive deleted)!

Who are you to be so invasive as to my wife and daughters? But for the obvious, the risk of getting handcuffed at LAX or JFK, fists might be flying. Next? Heck: major retailers can already read your irises…

So I am clear: privacy statutes regarding employment are now situationally flexible?

Do you want to keep your job? Want any shot at advancement dictated by who and what you are, rather than what you do and how well? Genuflect!

Quoting Christopher Rufo, attributed to whistleblower documents he asserts he had in hand (Critical Race Capitalism in City Journal): “Verizon diversity trainers instruct employees to deconstruct their racial and sexual identities and, according to their position on the “privilege” hierarchy, embark on a lifelong “anti-racism journey.” Employees are asked to list their “race, ethnicity, gender, gender identity, religion, education, profession, and sexual orientation” on an official company worksheet, then consider their status according to the theory of “intersectionality,” a core component of critical race theory that reduces individuals to a network of identity categories, which determine whether they are an “oppressor” or “oppressed.”

If all that is mostly accurate and is still the thing there, It Blows! Sorry for the obtuse reference to Wayne’s World.

In other words, cut out that eye contact crap!

I read some more in “the media.” Management folks are lectured to interact with their minority co-workers with great care as to not commit “microaggressions” and “microinequities.”

I asked a friend to define and contextualize the “micro” stuff for me. He suggested I write about the mating habits of wallabies instead. Still, he defined all-things-micro, paraphrasing: indirect expressions of racism, sexism, ageism, all manner of other isms, or other forms of prejudice that although innocuous and subtle, make members of certain racial and sexual classes feel excluded, discounted or vulnerable. Whoa. That from a macro-economist, author, academic, and Google scoffer.

So: rolling of the eyes is verboten.

Oppressors, you all have known what you are since birth.

If you are among those who disagree, you may find Derrick Bell’s incendiary thesis at the front desk for you to read. There shall be a quiz.

Confess your complicity in White privilege and systemic racism.

Some years ago, I had a relationship with AT&T. Ultimately, for a couple years AT&T services to us cost them nothing. Our benefit at retail was substantial.

I read that externally, the corporate perspective focuses much on its responsibility to engage in solving racial injustice. And then systemic reforms in many American institutions. All that attributed to their CEO.

I read that mangers at AT&T are assessed on diversity issues, with mandatory participation in programs such as discussion groups, book clubs, mentorship programs, and race reeducation exercises. How positively Russian and Chinese.

Then there is the corporate confessional: admit to White privilege and the existence of pervasive systemic racism lest take a hit at your annual performance review. And then there is the “loyalty pledge.” Wow. There is that gulag thing again. The all-inclusive, comprehensive “change” the BUSINESS is pursuing.

Silly me. I thought back to the days when so many of us agreed that nothing much happens until you sell something.

Show of hands from stockholders?

I am all for business doing business, as virtuously as possible, as ethically as possible – situational ethics should not have a place in business – absent social, ethnic, gender biases. If all that is not immediately possible, how about all those as guiding lights, goals and clear, unwavering vision!

I urge my mother’s apropos admonition: all things in calculated moderation. As to  businesses that seek positive change, my sage mom and I agree entirely on substance. Not much on style. For her “all in calculated moderation.” For me, dive in with two feet, with all resources calculated to right the wrongs. Those include all manner of social, economic, racial, gender related ails. Inasmuch as many of the solutions are generational, today is a great day to start.

That leaves me with disturbing measures of applause and concern.

So much must be fixed. So little time. Insufficient resources. Unholy alliances. But… Business needs to remain focused on The Business Of Business. Absent profits, corporate altruism and philanthropy cannot exist. Certainly, the two can and must co-exist. In fact, thrive together assuming focus and goodwill by all in the complex sausage that is business.

We cannot unceremoniously murder meritocracy. That is perhaps the thing in the waking-up-in-the morning and forging ahead courageously paradigm. However, returning to exclusive meritocracy entirely void of social and economic conscience, would be painfully unacceptable. And now the ubiquitous “but”: be thoughtful and do exhaustive homework.

The Importance of Protecting Work From Anywhere Employees Against Cyber Attacks

Jacob WolinskyCritical thinking
The pandemic has changed the face of the workplace ecosystem, exposing more employees to the benefits of working remotely and...