CEOWORLD magazine - Top Stories - CEO Spotlight - Thomas Flohr, Chairman of Vista, on Success in Private Aviation and What It Takes To Get Ahead 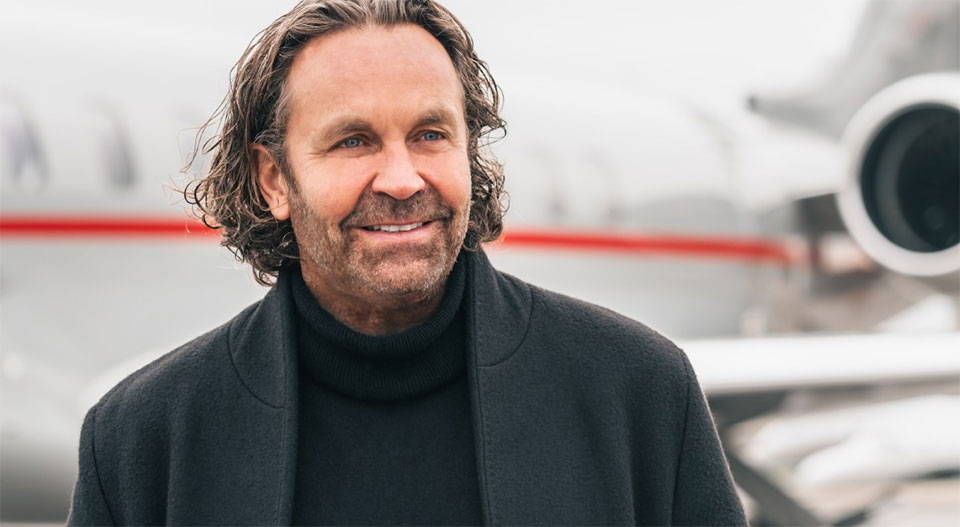 Thomas Flohr is the Founder and Chairman of Vista Global Holding (“Vista”), one of the biggest private aviation companies in the world. During his career in the industry, he’s acquired companies, attracted new passengers, and created an on-demand travel platform that can handle some of the most complex travel requests. He discusses how he was able to establish his company in a competitive (and constantly changing) realm, and why private air travel continues to enjoy high demand.

Flohr got into aviation when he found himself bored in his corporate job in asset finance. While he found the corporate world both political and slow, it did afford him some serious access to private air travel.

It didn’t take long for him to notice a stark difference in quality from one business flight to the next, and he was drawn to filling what he saw as a massive gap in the market. His goal was to create premium, cost-effective private air travel that was standardized for flyers. He also noticed efficiency was lacking in the industry.

The BBC reported Flohr said, “You have to trust your instincts. I sensed that the business jet market was underserved, and I wanted to challenge the established players. I like a good David versus Goliath fight.”

Before starting Vista, Flohr worked out that there are 22,000 corporate jets flying on average just 250 hours a year. By contrast, commercial planes fly 4,000 hours a year. If he could bump up the number of hours flown on a private jet to 1,250 per year, the price point for each flight could come down dramatically. What Flohr set out to do was correct an imbalance in the industry. Vista Global is essentially an ecosystem that answers multiple questions in a fractured market sector. Its operations are streamlined and efficient for all parties and boast an impressive network of professionals and customers. Flohr also takes advantage of the latest technology and combs the world for anything that will make the flying process simpler for travelers.

A Passion for Value

Thomas Flohr credits his passion for value as the primary reason he’s where he is today. He’s single-minded when it comes to giving passengers as many good memories as possible.

He’s also immensely proud of the culture he’s managed to build at Vista. He believes that no matter how big his company grows, it’s still possible to maintain an entrepreneurial atmosphere. What he means by this is he wants people to be able to collaborate, discuss, and debate for the benefit of both the customers and the company. When employees aren’t free to generate ideas, it can breed anything from resentment to outright sabotage. So rather than having corporations be forced to spend tens of millions on a single jet, only to let that jet sit idle for close to the majority of the year, Vista makes it possible for flyers to go on demand whenever and wherever they want. As published in Gulf Business magazine,  Thomas Flohr explained, “What I needed to do was build a global infrastructure of identical airplanes on every continent in order to be a real competition to full aircraft ownership. If you own your plane, you can take it anywhere. If you enter into a subscription contract with us, you can have access to our airplanes anywhere around the globe — identical to aircraft ownership, but at a much lower price point, because we’re using the assets more.”

Thomas Flohr says that there are plenty of misconceptions about private aviation. The primary one is the belief that it’s pure excess. His company offers consistency in an industry that’s been declining in quality for decades. Every flight is meant to be a home away from home for his passengers, which is how it came to be a popular choice for powerful CEOs and board members.

When people fly with Vista, there’s none of the stress or hassles of flying and all of the benefits. Flyers get to their meetings on time, and they get to be comfortable on every leg of the trip. One problem Flohr does express concern about, though, is the number of wasted seats on flights. That’s why he created seat-sharing options at his XO brand, so people could hop on an existing flight and share with others. This ensures that people on a budget can enjoy the same benefits and lower their carbon footprint at the same time.

Flohr believes that the demand for private jets will continue at least through 2023. Vista has grown its fleet exponentially since the company began, and has even bigger plans for the future. With a fleet of over 350 aircraft and a partner network of more than 2,000 aircraft.

What Flohr has understood for years is that passengers have different needs when it comes to traveling, but that by creating a high level of standards, he could cater to people from more walks of life. Whether people choose private air travel because they have to be at their best on the job or because they’re enjoying a hard-earned vacation, people stick with Vista because the staff and the planes can deliver on all the promises the company makes.

Have you read?
CEO Dos & Don’ts in a Recession by Rick Andrade.
CEO Spotlight: Liu Qiangdong and JD.com Push Forward with a Responsible Supply Chain Focus.
Tips for leaders on how to create an employee-first culture by Stephen Angel.
The ROI of Matchmaking and the Benefits of Finding Lasting Love by Barbie Adler.
Disrupting an Industry: Lessons Every Entrepreneur Should Know (and Heed) When Launching a New Startup by Cosmin Panait.

CEOWORLD magazine - Top Stories - CEO Spotlight - Thomas Flohr, Chairman of Vista, on Success in Private Aviation and What It Takes To Get Ahead