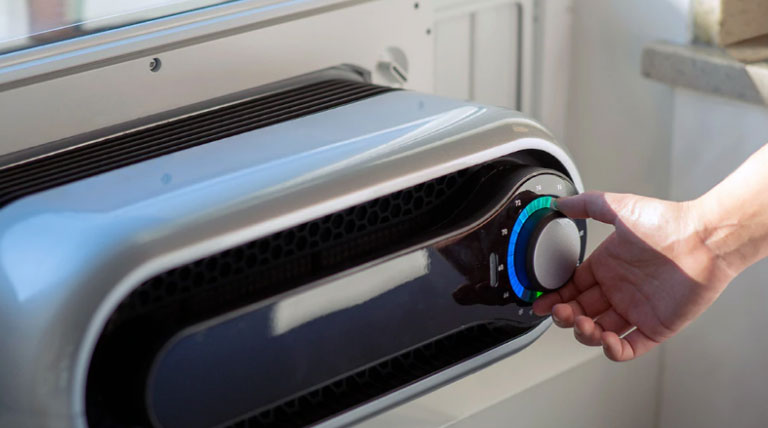 “Genius is 1% inspiration and 99% perspiration,” said Thomas Edison (although the quote might be more rightly attributed to the late-19th-century academic Kate Sanborn). Since Kapsul Air CEO and Co-founder Kurt Swanson’s line of genius is air conditioning, there might be less perspiration involved, but there’s certainly been no stinting on hard work.

Like his (fictional) fellow Philadelphian Rocky Balboa, Swanson dreamed of becoming the heavyweight champion — ironically with a sleek, lightweight product — in his given field. While the story of how Kurt Swanson and the Kapsul Air team brought their revolutionary design-forward window air conditioner to market in the face of overwhelming odds might not be the stuff Hollywood blockbusters are made of, it’s a truly inspiring comeback tale of dedication and perseverance nonetheless.

Swanson attended Stevens Institute of Technology in Hoboken, New Jersey, where he earned a degree in mechanical engineering, but even from an early age, he’d been fascinated by the concept of heat transfer and its myriad applications. Not the most typical pursuit for a young man perhaps, but it became his passion.

Tell us about your love affair with thermodynamics.

It sounds weird saying this but since my first exposure to engineering, I’ve always loved the specific subset of thermodynamics and heat transfer — and that’s really around everything from engines to refrigeration and air conditioning.

To me, it’s got kind of … a romantic history. Humans have mastered making things hot for a million years with fire but people don’t realize it wasn’t until very recently we could actually make things cold. I still think it’s actually kind of magical that you can use electricity to make cold air on a hot day.

But after you graduated college, you went into aerospace?

I ended up at Boeing for six or seven years and got to work on really cool stuff — a lot of structural work, making sure wings and airplane bodies wouldn’t break, flight test stuff for aircraft and helicopters. I accomplished a lot of amazing things in the seven years I was there. But one day I drove to work — I was 28 or 29 — and I saw a marquee outside the building that said something like: “Congratulations, John Smith, for 30 years of dedicated service to the Boeing company.”

I realized seven years had gone by so quickly. I was thinking, “Oh my God! That could be me. I could accidentally spend another 30 years here.” So I made the very deliberate decision to quit and try something new.

You started a design consultancy called Likuma Labs with some other product engineers. What was that like?

We basically wanted to do something in consumer product design, and hardware really in general. We did everything from a dog bowl to an award-winning DNA analysis tool, so we did a lot of different things, but we did some work in the thermostat business. I actually have a design patent on a font for a thermostat.

How did Likuma Labs evolve into Kapsul Air?

The companies we worked with were doing such amazing things as a team, we started to wonder: Is there something we can do together with our unique skill set — and particularly, with my passion for thermodynamics — is there a product that needs everything about it fixed, something that’s unloved and really needs an improvement?

That’s how we arrived at window air conditioning as an idea, but really it gestated for a number of years internally, and ultimately, two of the Likuma Labs designers became founding members of the Kapsul team.

How did you come up with the prototype for your initial Kapsul Air design?

The first fix was we knew we had to address how big and bulky window air conditioners were — they took up your whole window. But in terms of making it a design people would be really excited about? Just to come up with what it would look like and how it would work took a long time. I think we’ve been working on it in some form for almost 10 years.

We know Kapsul ran afoul of China’s supply chain collapse in its prelaunch stage. Can you tell us how you dealt with that unexpected COVID-19 curveball and what adjustments Kapsul had to make to stay in the game?

I’d spent a ton of time in China but nothing I knew about the supply chain prepared us for dealing with what happened. I was actually there at the end of January 2020, getting production started for the first batch of Kapsul units. I was going to go home for the two-week Chinese New Year break … I was like, “All right, I’ll be back after New Year’s and we can keep working on production.” Obviously, I haven’t been back.

We built Kapsul in a supply chain that existed in 2019 that doesn’t exist anymore. We’ve had to kind of rethink how we do everything to get these products to market. And it’s not just small businesses. Everyone is having to learn on the fly. I think I’d read the CEO of GM was talking about how in Q4, how they delivered 26 electric vehicles for the entire quarter because they couldn’t get enough critical components.

Amazingly, we did get it to market in 2020 — we didn’t get as many as we wanted, but we got it to market. And then we tried to reorder components and they told us, “Yeah, it’s going to be 70 weeks.” When ordered originally, it was eight. So that really throws a wrench into the mix.

We’ve learned, unfortunately, you just can’t predict much about things that used to be ironclad. I hate to say it, but we’ve learned to expect the unexpected in this business, particularly at our scale, where every person’s trying to do the job of three or four people, because we’re just a handful of people.

Okay, let’s talk about the elephant in the room. You’ve gotten flack over how long it’s taking to get your early investors their units. Can you address that?

I think when you do a crowdfunding campaign, not everyone reads it or really understands it, but most backers understand you’re backing something that might not succeed … Something like 10% of these projects just fail.

It’s taken years longer than I ever imagined it would take and some people are really disappointed. I get that, but everyone involved has worked a lot of unpaid time to make this happen — and when they have been paid, it’s been well below market rates. So just the idea that we’re not working in good faith, it makes me really sad and makes me think I could have done better to communicate along the way. But we’re hoping we can start to communicate a little bit better, because it’s been crazy to get to this point, even before COVID.

What’s been the most challenging thing about scaling back your business model?

Laying off team members and the personal pain that causes people who have done nothing but amazing work in the face of crazy adversity. Disappointing backers is tough, too. These are the folks who made the project possible in the first place, and I hate letting them down, but Kapsul is living in the long shadow of industry trends from the 1990s and early 2000s. Large HVAC manufacturers of room air conditioners moved all their production to China for cost savings, and after 20 years, China has become the one place in the world where you can get experienced technical labor, compressors, heat exchangers, plastics, metal, and all the other parts needed to build an AC within a one-hour drive.

Any final thoughts about Kapsul Air’s past and its future?

I think behind the product is really a story of a team that’s really gone through hell to get here. We’re from Philly, so this is kind of like a Rocky story of a comeback, in a way. When I tell other people in the space all the stuff we’ve dealt with, they just can’t believe it. After all of the stuff that’s been thrown at us, the fact even the first one was delivered was amazing … It’s rewarding for people to appreciate just what it took, all the blood, sweat, and tears to get this product to market. That may be a cliché, but in our case, it’s true for all three.

I know with all the tragedy around the world, I’ve got so many things to be grateful for … everyone in my life has been healthy. But from a business perspective, it’s been really challenging to continue to move through and really fulfill our promise to get everyone their units and turn this into the brand that we all know it can be.

I think a lot of it, for me, is doing everything in my power for the stakeholders to make sure this project gets done and that they’ve backed something that becomes an important brand in this space. Because I think it’s the kind of category … Well, let’s just say very few people grow up saying, “I want to be an HVAC engineer.”

Have you read?
5 Laws of Leadership Success by Aden Eyob.
Can workplace culture really be influenced by Shane Michel Hatton.
CEO and Founder, Ian Mitchell King Offers Tips On Giving Back to Our Military Members.
Check-in, not check-up: How managers need to change in an evolving workplace by Joanne Alilovic.
Stuart Kirk, HSBC, and the Politics of Climate by Dr. Joe Zammit-Lucia. 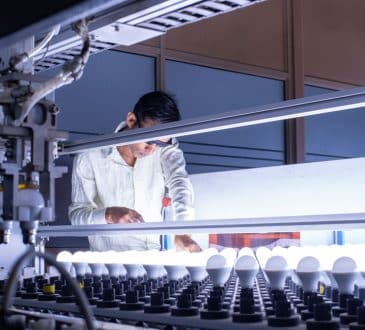 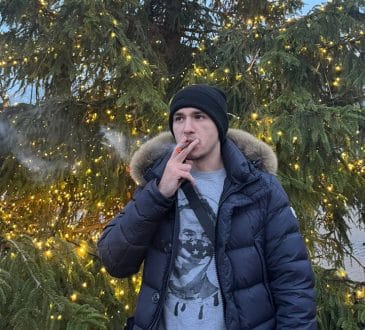