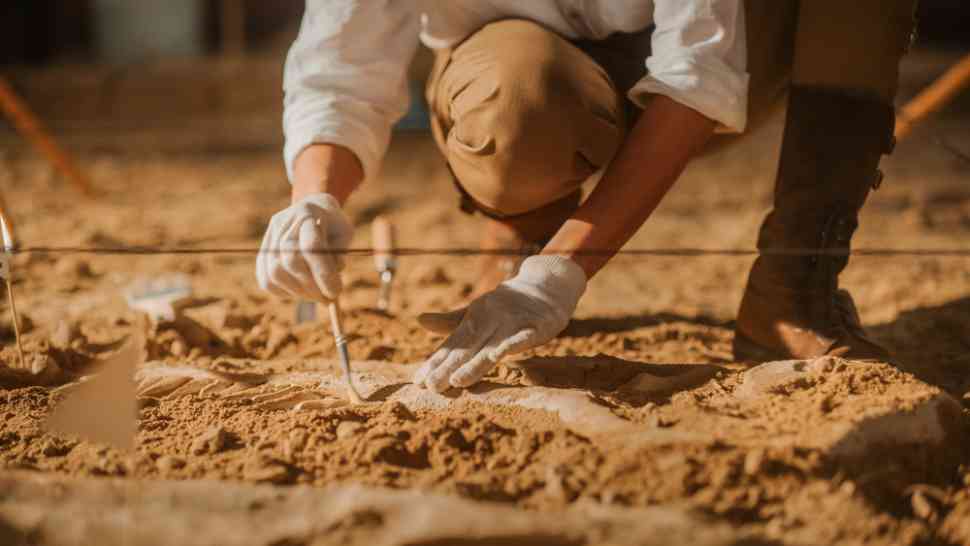 A new scientific theory came to challenge the prevailing debate theory about the distribution of work in early human societies. Scientists believed that men were hunters and women used to raise the kids and collect fruits from the trees.
The controversy started when archaeologists discovered the bones of a 9,000-year-old man in the Andes. Next to him was buried a set of predatory gear. Initially, everyone spoke of a “high-class” hunter and believed that the bones belonged to some “big man.” After more extensive studies, it turned out that these are female bones.

A historical discovery
In 2018, Assistant Professor of Anthropology and archaeology Randy Haas of the University of California Davis and his team discovered the Tomb of a hunter at an altitude of about 4,000 meters in the Andes. Next to it were found 24 stone tools. Projectiles capable of predating a large mammal and sharp stones that could shatter its bones. Tools suitable for removing the animal’s fat and skin were also found.
Scattered fragments of animal bones were also found in the surrounding area. As suggested by scientists, they belong to a species related to ancient llamas and deer. Haas and his team were certain that this was a prehistoric male hunter, 9,000 years old. However, the scientists who took up the clarification of the gender of the individual in question had an opposite opinion. The bones were lighter than expected for a male, and a study of proteins in dental enamel, a relatively new technique for Gender Recognition, showed it was definitely a female aged 17 to 19.

Subversion of theory
The researchers, led by Randy Haas, after overturning their theory, decided to proceed to further study the discovery. So they examined 429 skeletons found in 107 sites in North and South America, aged 8 000 to 14 000 years. Of these, 27 were considered hunters of large animals, of which it turned out that 15 were men and 11 were women. “The theory that hunting was a purely male affair in early human societies is a well-established notion. However, archaeological findings tend to prove that the tasks of both men and women were similar,” says Haas. “What if we have to revise?” he wondered. “The message of the new find is that women have always been able to hunt, and they actually hunted,” said archaeologist Bonnie Pitbladeau, of Norman University in Oklahoma, after the historic discovery of the 9,000-year-old female hunter. “These women lived in the Andes at an altitude of about 4,000 meters. If they were able to survive there, they could certainly kill a deer.”
Other scientists are a little more skeptical about the findings of this study. Anthropologist Robert Kelly, of the University of Wyoming, said: “at no other burial site is it certain that female hunters have been found.” Kelly considers it more likely that the percentage of female predators reaches up to 10%.
If women in the past did hunt this changed our whole scientifical approach to how ancient societies were structured and ruled. Even though these findings do not have a lot to say about how people lived in primitive societies, the conclusions that can come out of them are extremely important. Let us trust the scientists and reconsider how roles are implemented and how important is biology, after all. Our natural body structure, the social environment, and, more importantly, the obstacles we have to overcome lead us to shape our communities in a way that will prove more helpful for everyone.
If there is one thing we should keep in mind if we take into consideration these findings is that need is above all. If there is a reason and a motivation to help us become more active, this will bring to the surface all the qualities of our character that are important to succeed. If you think about it, this is a rather encouraging message for people all around the world. These findings also give inspiring information about what women can achieve and how underestimated they may have been in history. Maybe now is the time to take pride and claim everything we want.