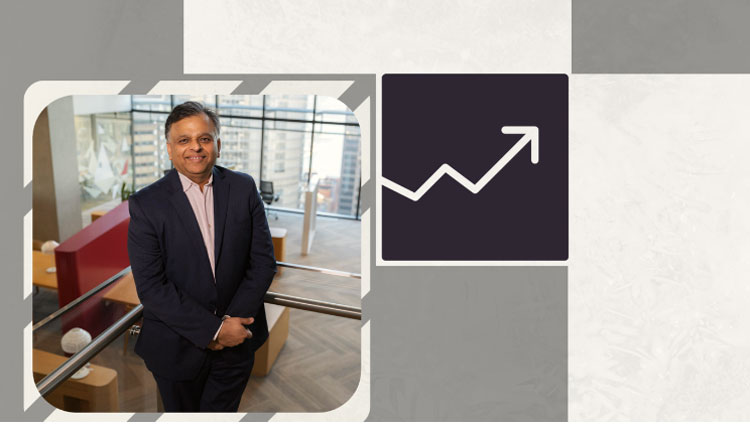 The integrated steel manufacturing and recycling company InfraBuild recently announced its half year financial results, marking with it an improvement across all financial metrics. According to the Australian company the business delivered solid financial and operational results, with CEO and managing director Vik Bansal stating “volumes are strong with growth across all segments, and we continue to improve on our safety performance as we make further progress on our ‘good to great’ journey.”

Compared with the same time period in 2021, half-year net revenue in 2022 was up 41 percent, reaching $AUD2.94 billion. Total recordable injury frequency rate (TRIFR) saw a 24 percent improvement and volumes were up seven percent. EBITDA was up 109 percent for a total of $AUD314 million, and EBITDA margin was up by 345 basis points. EBIT grew by 191 percent and the margin improved by 433 basis points.

These numbers are indicative of the strong impact Bansal has been able to make on InfraBuild in the relatively short time he has held the CEO role. Joining the company in July of 2021, he previously spent approximately six years leading Cleanaway, Australia’s largest waste management company, where as CEO he oversaw its significant growth. He has also held a range of executive roles across Australia, Asia and the United States over the past two decades, including three years as general manager of the OneSteel (now InfraBuild) business responsible for steel distribution and metal processing services.

Through conscious, deliberate choices, Bansal has applied his prior experiences to InfraBuild, finding ways in his first year as CEO to see the company be better, work smarter and offer a superior company experience. In his own words, “we’re on a journey from being a good company to becoming a great one.” His goals for the role have been to make InfraBuild an industry leader in sustainable steel, building strong local communities and economies across the country in the process.

Bansal has worked to sharpen focus for the company, updating branding and honing in on providing quality products and services to InfraBuild customers. As Australia’s only vertically integrated electric-arc furnace steelmaker and recycler, the company was already well-equipped throughout its recycling footprint, manufacturing infrastructure and downstream processing and distribution networks.

By implementing a new operating model, Bansal has sought to create a sustained competitive advantage utilizing these inherent strengths. He established clear performance targets that aid in creating customer-driven decision making, and has worked to foster a mindset of continuous improvement throughout the organization, His emphasis on seeking excellence while maintaining capital discipline is set with a goal of enabling long-term growth and consistent investment back into the business.

Over the years Bansal has developed a business philosophy focused on the belief that profits and sustainability do not have to be mutually exclusive. Rather than seeing sustainability as a problem that must be solved, he has approached it as a chance for innovation, reconciling the two as tandem partners rather than opposing forces.

Applying this philosophy to InfraBuild, he has emphasized the company’s commitment to carbon-neutrality and sought to make it the leader in sustainable steel within the industry. When Bansal joined the company it was already known as one of the lower-carbon steelmakers in Australia, but through his direction further initiatives have been taken toward reducing its carbon footprint.

This includes initiating two research projects in collaboration with Swinburne University and University of Wollongong’s Steel Research Hub looking into the implementation of Industry 4.0 technologies within InfraBuild’s manufacturing processes. This includes the development and analysis of sound sensor technology for advanced control of steel ladles and data-driven solutions for improving the consistency of steel products.

Through these and many other initiatives, Bansal is looking to again replicate the considerable success he achieved throughout his career. Indeed, his first foray into leadership at the French manufacturing company Alstrom saw him taking charge of an untested product portfolio. Responsible for the marketing and strategy of the product range across both Australia and New Zealand, within three years Bansal had turned the category into the most profitable product in the entire company.

But perhaps the greatest example of Bansal’s business performance to date is in his time at Cleanaway. When he joined the company, it was facing high executive turnover, unhappy investors, and struggling to recover under a debt burden of around $2.1 billion. Six years later, he had brought financial metrics to record levels; it had risen over 120 places on the ASX market index, becoming an ASX 100 company and increasing its market capitalization from less than $AUD1 billion to over $AUD5 billion.

Early on in his tenure at Cleanaway, Bansal sought to take a comprehensive approach to making changes. He started with an overhaul of the company’s operating model, creating a solid foundation upon which numerous other changes could be built. By identifying the company’s technical challenges, overall strategy, and the behavior and engagement of the leadership team, he was able to quickly identify where cost could come out.

One of the biggest revelations according to Bansal was the fact that the company’s operation as a multi-brand business was preventing it from being clear in its messaging. Prior to Bansal, the company had been known as Transpacific Industries, but he ultimately made the decision to rebrand to the company’s strongest brand with the longest history: Cleanaway. Alongside this rebranding also came a new mission statement and purpose: making a sustainable future possible.

Bansal had identified that one of the company’s weakest points was its failure to focus on sustainability. By updating Cleanaway’s mission statement, he not only positioned the company as a waste management thought leader that would be at the forefront of positive change, but also signified the goal to make Cleanaway a company with long-term objectives and the capacity to reach them. Alongside the mission statement came Our Cleanaway Way, an on-page strategy developed by Bansal that clearly defined the company’s values and could be used as a guide for prioritization and decision-making while also outlining what could be expected of each other.

After two years at the company, Bansal was able to implement his biggest initiative to date: Footprint 2025, a strategy that would serve as a roadmap to ensure Cleanaway had the proper infrastructure in place to sustainably deal with waste. Changes in international recycling policies meant that the Australian waste management sector would soon be faced with new challenges, and Footprint 2025 created long-term solutions that would allow for the recovery of more waste as well as processing more recyclables. Following the roadmap, over the next few years Cleanaway began to ramp up its capabilities considerably through greenfield investments and strategic acquisitions.

Thanks to Bansal’s steady hand and eye for comprehensive strategy, within six years Cleanaway had gone from a struggling waste management company to a successful business and industry leader. While he is still early in his years at InfraBuild, the most recent financial results indicate that he is taking the company down a similar path: seeing the potential for a good company to become great.