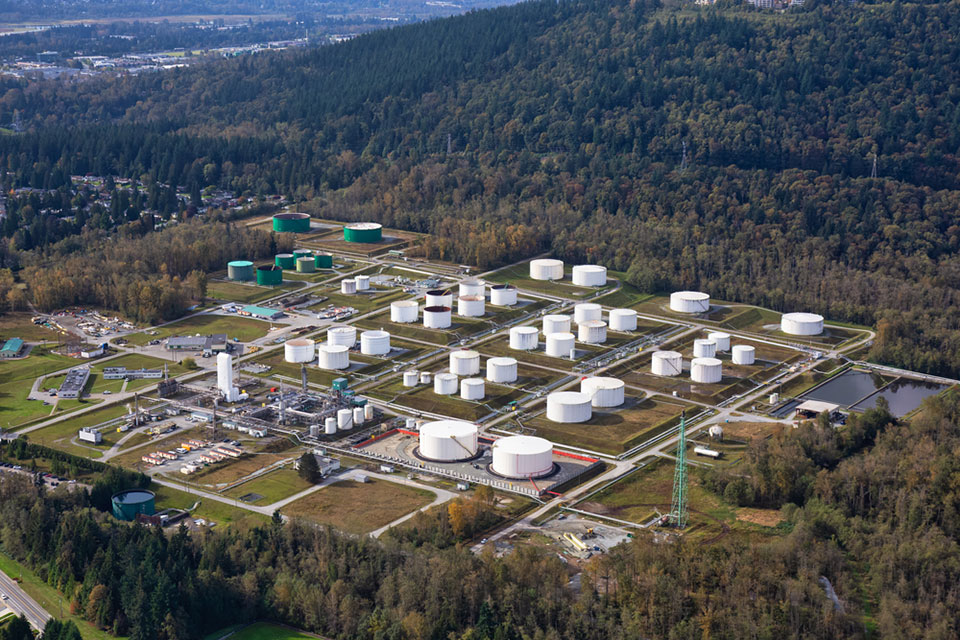 In the midst of an increasingly volatile geopolitical environment, Canada has a unique opportunity to foster energy security abroad while leading the energy transition at home. These priorities are not mutually exclusive. Rather, Canadian stakeholders can — and should — focus on decarbonization while also working to solve today’s urgent global oil and gas demand challenges.

Why? The human toll of the war in Ukraine is paramount. Yet, even as countries, including Canada, rally to provide humanitarian aid, impose sanctions and shelter millions of refugees, this crisis is already creating lasting economic impacts. From slowing growth to financial market disruption, heightened cyber risk to trade barriers, food insecurity to inflation: the list is long. And those ripple effects are increasingly pronounced across energy and commodity access and pricing:

Taken together, the international nature of vast reliance on Russian energy and natural resources means it could take until 2028 to stabilize the situation and an additional 20 years to get the sector back to a pre-war status quo. Enter the opportunity for Canada to build on broader aid commitments by embracing a different leadership role — one that cultivates greater energy security for more countries, all while redefining what the domestic energy sector can be from here on out.

How could that take shape? As a country that produced 5.1 million barrels of crude oil daily in 2020, Canada is fourth in the world in terms of production. At the same time, Canada ranks third in terms of oil reserves. What’s more, as of 2017, this country held 77 trillion cubic feet (TcF) of proven gas reserves, representing about 1% of all natural gas reserves on the planet. That’s equivalent to 17.5 times Canada’s annual natural gas consumption. This means a whole lot of capacity in a market where the US is actively pursuing new import possibilities with Venezuela and Iran, and the UK is pushing OPEC to increase production. The fact that World Bank Governance Indicators and the Yale Environmental Performance Index rank Canada as the world leader among oil-producing countries on environmental, social and governance (ESG) standards makes this country an even more attractive and viable source of oil and gas imports.

Things are already shifting. The Canadian Government just announced production increases of 300,000 barrels of oil equivalent (boe) per day. Whether that will be enough remains to be seen. Ramping up production and exports even further could simultaneously create jobs, bolster domestic economic growth and generate additional cash flow — building on five years of successful industry cost-cutting — to reinvest in transforming the Canadian sector and national energy grid for the future.

The business case is clear. But time is of the essence. Embracing this direction requires stakeholders — from energy company leadership right through to parliamentary policymakers — to consider critical questions now and align around a path forward quickly:

Where do we go from here?

We’re now witnessing a fundamental shift in the energy world, with security becoming the dominant focus in the energy trilemma of security, sustainability and affordability. As Pulitzer Prize-winning author Daniel Yergin wrote several years ago and it’s still true today, “…the starting point for energy security is diversification of supplies – that is, production coming from many sources.” Energy security will be one of the significant critical challenges of foreign policy for Canada and the world in the years ahead.

Canada has long been known as a proactive peacemaker and an active proponent for conflict resolution. Today, we can build on that role to help solve the broader challenges that war and conflict like the crisis in Ukraine can trigger. Retrenching around decarbonization while supporting allies in Europe and beyond is possible. What’s more, prioritizing both in equal measure could redefine the future of oil and gas once and for all. If we don’t address this now, then when?

Have you read?
Flexibility at work – it’s more than just work from home by Joanne Alilovic.
Market Potential, Scalability, Sustainability and Performance: The Four Metrics of Competitive Advantage by Richard Hawkes.
Democracy is Required for Business to Thrive by Lisa Gable.
Manage your energy rather than your time to boost your wellbeing and performance by Fleur Heazlewood.

Dr. Lance Mortlock is managing partner at Ernst & Young Canada for the energy market segment, visiting professor at the Haskayne School of Business; and author of Disaster Proof: Scenario Planning for a Post-Pandemic Future. Lance leads EY Canada’s oil and gas, power and utilities and mining sectors across Canada. As a strategy practitioner working with the C-suite, Lance has provided consulting services on more than 150 projects to over 60 clients in 11 countries. He brings a broad set of strategic skills and experiences, helping clients solve some of their most complex strategic problems.

Dr. Lance Mortlock serves as an external advisory board member for the CEOWORLD magazine. You can follow him on LinkedIn.
view all posts