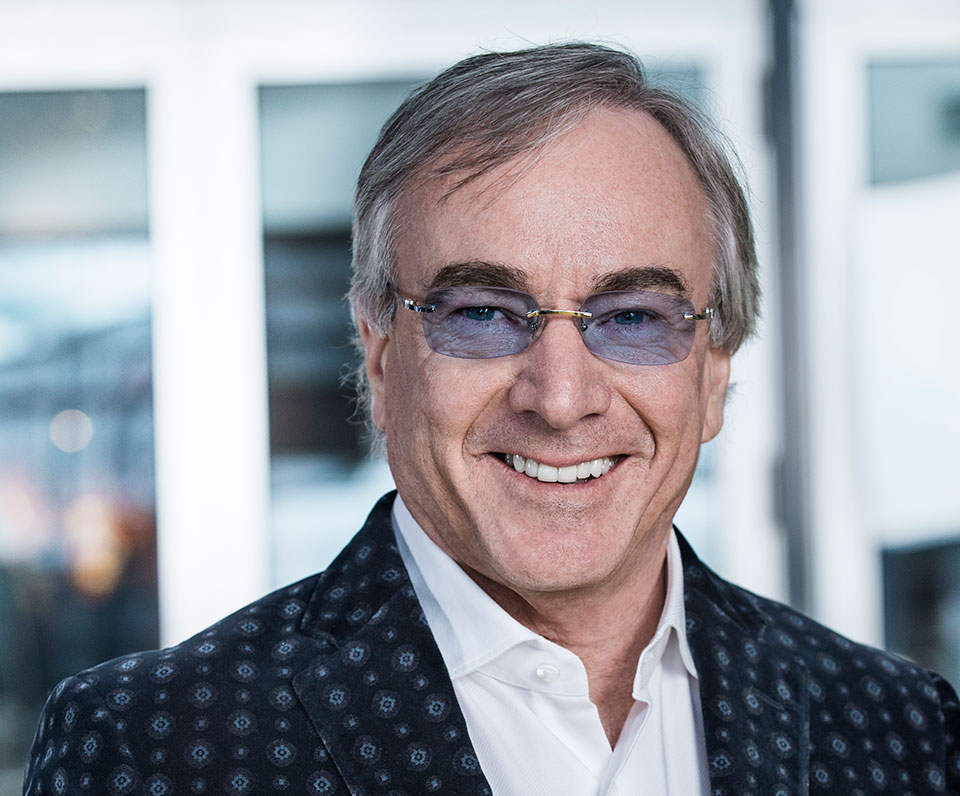 When I transitioned recently from CEO of Cirque du Soleil to Executive Vice-Chairman of the Board, it gave me the chance to reflect on my two decades at a company that changed my whole approach to business and life. At Cirque, I learned that creativity is essential in business – in every industry, not just entertainment firms like ours. But generating brilliant ideas is only part of the battle. Just as important is carefully analyzing each idea to figure out which ones make the most financial and strategic sense, then standing up for what you believe – even when it jeopardizes your standing at the company.

I learned this lesson soon after being hired in early 2001 as Cirque’s President and Chief Operating Officer of new ventures. Guy Laliberté, the CEO and founder, had created my position to achieve his longtime dream of diversifying from the spectacular shows that made us famous into other sectors, like real estate. If I were successful, Guy told me, I might one day succeed him as chief executive.

At the time, Cirque had only seven shows running—two resident productions in Las Vegas, one in Orlando, and four on tour—but some at the company felt we had already saturated the market (that makes me chuckle now; by 2020, we had 44 shows playing around the world). The only way to grow, this faction insisted, was to branch out into areas like themed resorts and nightclubs. That led to an idea we called Complex Cirque, a series of branded entertainment complexes in various cities around the world, each anchored by a dazzling resident show.

The first would be in London. The plan was to redevelop the Battersea Power Station, a massive historic landmark on the banks of the Thames. With its distinctive four white chimneys, it was Europe’s largest brick building (and famous for appearing on the cover of Pink Floyd’s 1977 album Animals). For years, many developers had tried and failed to bring the old structure back to life. Guy felt now was the time. On December 15, 2000, a week after my hiring, Cirque and property owner Parkview International announced the new project: a £500 million entertainment complex with two hotels and a 2,000-seat auditorium.

I was not at all convinced of the premise behind Guy’s strategy—there still seemed plenty of demand for new shows—but if he wanted me to work on this deal, that’s what I would do. My first hint that something was awry came at a meeting with Parkview executives in London. In Guy’s hotel suite, all kinds of wild ideas for the complex were tossed around – an interactive museum devoted to Formula One racing (one of Guy’s great passions), a Beatles-themed attraction (since Guy had recently become friendly with George Harrison), and more. While everybody talked excitedly about all the amazing possibilities, I was met with blank stares every time I asked some basic questions about the business model.

After our meeting, Cirque had scheduled a staging of our popular touring show Quidam, in a big top next to the old power station, to whet the public’s appetite. At this glitzy affair, with celebrity guests, I noticed an enormous line of taxicabs. That’s when I realized Battersea had no parking or public transportation. “How on earth are people supposed to affordably get to Complex Cirque?” I wondered. The whole project seemed thrown together with minimal thought and planning. And our day in London had such a loose, improvised feel that Josette, my then-wife, said, “What kind of zoo are you joining?” 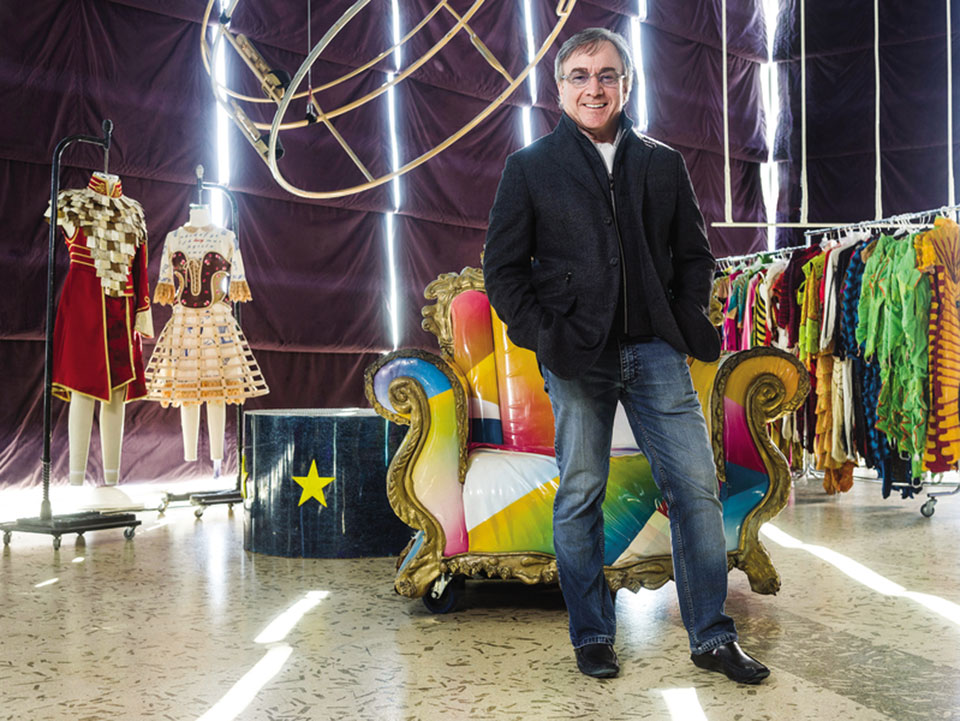 Back in Montreal, as I looked closely at the details of this venture, a sick feeling grew in the pit of my stomach. Just then, a financial analyst working on the project rushed into my office and said, “Daniel, do you understand this Battersea project won’t work?” As we went over the numbers, it became clear that the developers needed us a lot more than we needed them. Cirque’s brand name would satisfy government authorities who required cultural attractions before granting the necessary incentives and permits. As far as Parkview was concerned, our shows could be a loss leader because their main function was to lure customers to the hotels, shops, and restaurants. While the developers stood to profit substantially as owners of the property, Cirque as the anchor tenant would assume tremendous risk: there was no evidence that such a remote site with lousy transportation could support an elaborate resident show.

When I told Guy my misgivings, he said, “You know you are running yourself out of a job, don’t you?”

“Yes, I know, but I will find another job,” I replied. “I just don’t want to be known as the guy who put Cirque du Soleil into bankruptcy.”

“Tell you what,” Guy said. “Let’s go to London and meet with the developers. If you’re right, we’ll walk away. If I’m right, we’ll do the deal.”

We flew back to London. At the meeting, Guy took control, asking the Parkview executives three main questions: Would Cirque participate in any of the real-estate profits? No. What about intellectual property? Another bad deal for Cirque. His last question, about financing, also produced a bad answer. Guy jumped out of his chair and said, “Strike three, we’re out.”

In the end, Guy was disappointed but also grateful that we had avoided a disaster. And I was learning something important—not only about my boss, but about the creative process in general. When Guy proposed something, the correct answer was never “No.” It was always, “Yes, I will explore it.” That’s the right way to deal with any new idea, no matter who comes up with it. Managers should push everyone to explore every avenue that might turn a proposal—even a crazy one—into reality. If the project still does not make sense, it deserves to die. That’s what happened with Battersea. Guy pushed it hard, but once he understood that it was based on smoke and mirrors, he turned on a dime and said, “Okay, let’s move on.”

That turn of events only created another problem for me. The project Guy had hired me to lead had just gone up in smoke. Having worked on Battersea exclusively, I knew nothing about how the rest of the business operated. Therefore, I had no job.

When our meeting was over, we left the building and Guy lit up a cigarette. “So now let’s talk about what you are going to do next for Cirque—”

“Hold on,” I said. “Don’t feel obligated to offer me a new position. As I told you before, I’m ready to leave. Battersea didn’t work out, so there’s really nothing left for me to—”

“No, you are not leaving,” Guy said firmly. “I like the way you approach things, your ideas for growing the company. I know it’s a difficult environment right now, with lots of people jockeying for position, but I want to promote you to chief operating officer of the whole company.”

I was stunned. In a flash, I went from the unemployment line to one of the top positions at the company, overseeing everything except the development of new shows. This was a huge lesson for me: when the stakes are high, tell the truth—even when it seems to contradict what the boss wants.

Even a creative company like Cirque must be tremendously practical as well. One exercise I use, when deciding on a new proposal, is to start with the assumption that I am wrong. It’s much too easy to say, “I’m right” and then list all the reasons why. It’s harder to make the case against your own position, then see if you can disprove it. That makes it easier to convince people on the other side because now you fully understand their position.

You must pick your battles, of course. There’s no need to put your job on the line over a trivial matter. And your research must be rock-solid (your arguments based on fact, not opinion). But if the project is important, and your position well documented, you are not doing your bosses any favors by telling them what you think they want to hear. And you certainly don’t want to be known as the villain who damaged the company by pushing a flawed project.

What I am advocating certainly carries some risk—your job may hang in the balance—but the alternative can be worse. Before my arrival, some at Cirque had been trying to convince Guy not only that Battersea could work, but that revenues from a chain of Cirque du Soleil Complexes all over the world would eventually dwarf those of our live shows. They had pumped Guy up so much that it was hard for me to bring him back down to focus on the core business.

Fortunately, Guy was open-minded enough to hear me out. A few years later, he promoted me to CEO.

Daniel Lamarre, Executive Vice-Chairman of Cirque du Soleil Board of Directors and author of Balancing Acts: Unleashing the Power of Creativity in Your Life and Work (HarperCollins, 2022).

Daniel Lamarre is an opinion columnist for the CEOWORLD magazine. You can follow him on LinkedIn.
view all posts