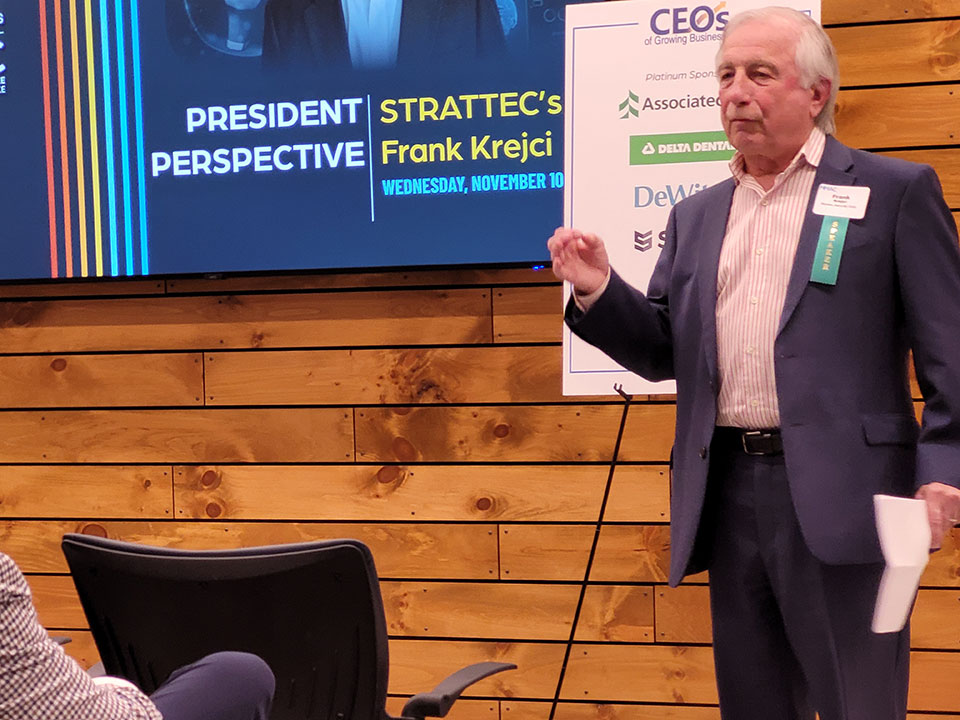 When you visit the office of Frank Krejci, President and CEO of Milwaukee-based Strattec Security Corp., the first thing you’re likely to notice is that he has two stand-up desks.

“I don’t like to be in one place long,” Krejci says with a chuckle.

Today, stand-up desks are considered to be a healthier option for executives than traditional sit-down models. But Krejci embraced the stand-up options year ago, long before they became hip ergonomic gold star options.

Krejci has a knack for seeing around corners and anticipating “what’s next.” That kind of visionary thinking enabled him to position Strattec, a manufacturer of locks for automobiles, to pivot to be on the cutting edge of its industry as the automotive industry adopted electronic entry technologies when he was named to the top posts of the company in 2012.

Krejci recently gave the keynote address to the members of the CEOs of Growing Businesses in a seminar presented by the Metropolitan Milwaukee Association of Commerce. In his presentation, Krejci shared his list of North Star executive growth strategies.

Steve Jagler has more than three decades of experience as a professional journalist. Over the course of his career, he has interviewed hundreds of business and nonprofit executives, discussing their best practices in leading their organizations. Jagler provides communications counsel and media relations guidance to executives in the private sector, elevating their corporate and executive brands.

Steve Jagler is an opinion columnist for the CEOWORLD magazine. You can follow him on LinkedIn. For more information, visit the author’s website.
view all posts 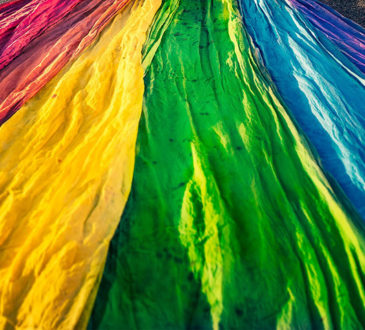 Ash BeckhamFuture of Work
If you identify as LGBTQ+, June is a special time of year.  From Pride Parades to rainbows on everything, it...