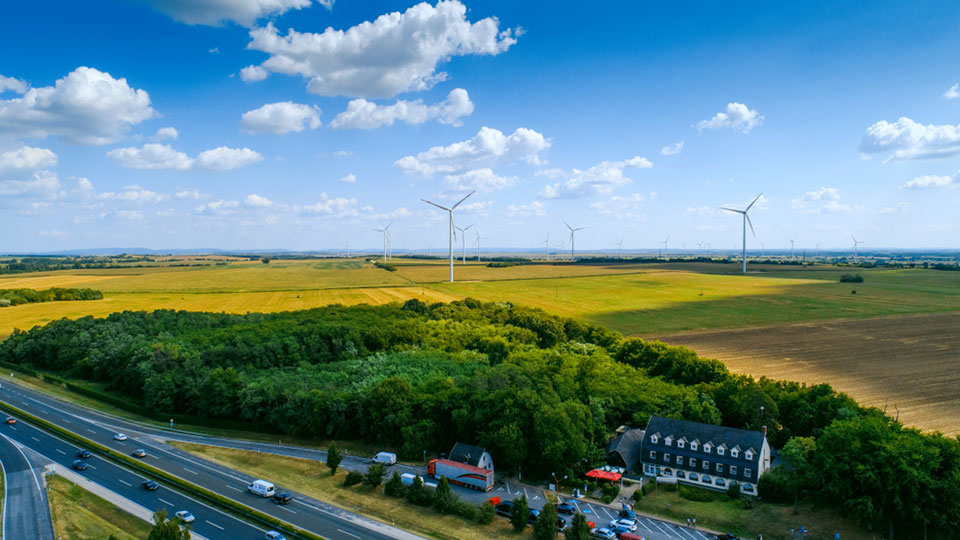 Norway ranks at the top of the list regarding the Net Zero Readiness Index. Climate change will undoubtedly impact Norway. The annual temperature is expected to rise up to 6 Celsius degrees till 2100, which is more than the expected rise in global mean annual temperature. Although Norway is one of the world’s largest exporters of oil and gas, the country leads the NZRI this year, due to the private and public investments in renewable energy and electric vehicles. In 2016, the Norwegian parliament voted to speed up the target date for the Zero Carbon Balance, accelerating it from 2050 to 2030. However, despite ranking at the top, the country still needs to make important decisions in relation to the way that continues to meet the challenges during its transition to the Zero Carbon Balance.

Northern Europe tops the list, as we see with the United Kingdom and Sweden in second and third place. The United Kingdom, which hosted the COP26 Summit on Climate Change, holds second place on the list, due to cross-party political support and clear, legally set targets that have enabled comparatively rapid carbon removal, a key industry at the country’s energy production. However, several obstacles remain, especially in terms of heating and buildings.

Sweden holds third place with “extremely ambitious” goals. At the same time, Sweden is an international proponent of climate, green energy and technology policies. The country’s next step towards a Zero Carbon Balance is to reduce its continued dependence on agricultural exports and imports.

Denmark and Germany complete the top 5 countries globally in Net Zero Readiness Index for 2022. Denmark set a goal in 2020 for cutting CO2 emissions by 70% by 2030 compared to 1990 levels. Compared to other European countries, Denmark has set into action one of the most aggressive climate plans. The question is if the country will manage to reach this goal. Germany has set the goal of becoming climate neutral by 2045. However, reshaping some structures of its economy will cost some trillions to the country. This sum of money seems to be between 6 or 7 trillion dollars.

The last three places of the list with the top 10 countries globally in Net Zero Readiness Index for 2022 are occupied by Canada (8th), New Zealand (9th) and Italy (10th). 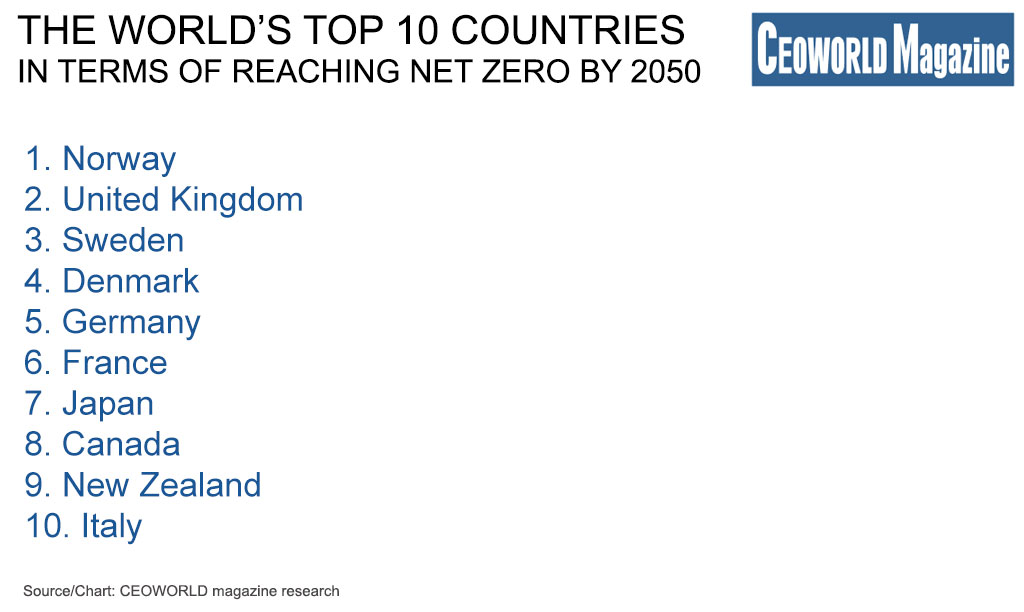 South Korea, Spain, Hungary, USA, Singapore, Chile, Australia, Brazil, Poland, China, Malaysia, Argentina, Mexico and Turkey are lagging behind compared to the countries mentioned above, while the United Arab Emirates are at the bottom of the list.

Also, there are seven more countries that are “under surveillance” regarding the Net Zero Readiness Index. These countries are India, Indonesia, Nigeria, Russia, Saudi Arabia, South Africa and Thailand.