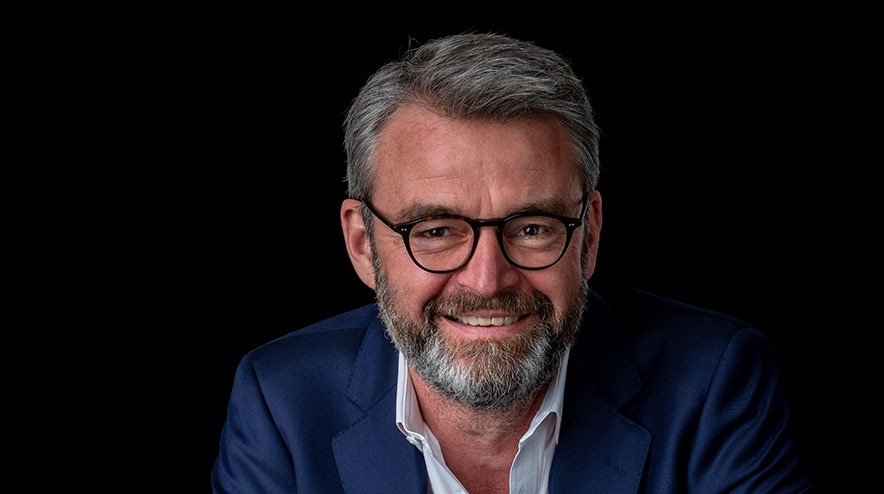 When, as a young man, I set my sights on the future and imagined what it would feel like to have achieved my ambitions, I always pictured a serene version of myself, surveying his achievements with satisfaction, certain of his place in the world.

While some of my youthful hopes remain unfulfilled (scoring in the German sailing championship 420 class is still on the wishlist, though I came close), I’m happy to say, from a career perspective, I could look my younger self in the eye and tell him I haven’t let him down.

I would have to set him straight on one thing, however: there is nothing serene about success. Achievement is almost always accompanied immediately by anxiety about how to sustain it – not to mention the pressure to deliver again, bigger and better next time. And let’s not forget our old friend, imposter syndrome, always on-hand to complicate matters, further.

I’m not complaining. I’ve come to realise that a healthy sense of jeopardy is not a side-effect of performance. It’s essential to it. If failure has no consequences, there’s little incentive to avoid it.

There’s a lot of talk of the ‘f’ word on the tech scene of course (although, some of those ‘fail fast’ companies are perhaps putting the other four-letter term to more liberal use these days). But while there may be merit in mishap when you’re designing or innovating, there’s one area of business where the consequences of error exert disproportionate influence: M&A.

I’m not talking about the financial consequences of failure (although those are far from insignificant). When you’re bringing companies together, you’re not just integrating processes, balance sheets and products or services. You’re bringing together people and cultures – in the case of the company being acquired, passionate people who’ve put their life, soul and possibly life savings into their endeavor. This stuff really matters.

In just the past 12 months at Incubeta, we’ve acquired and successfully integrated no fewer than three companies, from an end-to-end e-commerce optimizer in Ireland, to a marketplace agency in the Netherlands, to an Australian analytics powerhouse, and there’s a fourth, middle-east based business that we’re close to announcing – not to mention the small matter of four additional candidates in the extended pipeline.

With a hit rate like that you might be forgiven for thinking we’ve got the process sorted – it’s just a question of letting it run. In response I’d have to say the same thing I would to my young self: the smoother something looks, the more there is going on behind the scenes. But that’s what makes it fun.

I have my own theories about what makes for a good fit and a smooth integration. I’ll get to that shortly. But before I do, I thought it might be an idea to talk to the folks for whom this mattered even more than me: the founders.

The Groundswell acquisition was announced six months ago, preceded of course by months of process, so it’s probably fair to say that founders Mark and Richard have put the honeymoon buzz behind them. Nevertheless it was great to hear, when I spoke to them, that the synergy we felt in that first meeting still felt as fresh for them as it does for us:

“It’s a natural thing when you’re talking to other people, you just get a gut feeling: are they genuine? That was the one thing that was consistent from the first meeting that we had to the final stage of agreeing the deal. It just gave us a good sense and felt very genuine.”

It’s interesting how frequently that phrase, “gut feeling”, comes up during these conversations, and in our own interactions internally as we go through the process. It’s part of the human factor which in my view is too often played down generally in business, and certainly when it comes to acquisition where everybody is focussed on data driven due diligence. Tim van der Bilt, founder of Maze-One concurs:

“There was so much energy in the room. Literally from the first minute onwards – even though we’d never met before. That was the start. We felt that share of culture, and that hasn’t changed.”

When you’re addressing companies across categories and cultural divides, the human experience becomes more important than ever. The organisation we’re speaking to in the middle-east shared this insight:

“Incubeta is the most transparent partner that we’ve come across. There’s this feeling that we would succeed together, given how much energy there is within the team – that gut feel  is what ultimately led us towards Incubeta rather than anybody else.”

There’s much that has been written about the power (and peril) of gut instinct by people with many more credentials than me. We’ve learned to factor-in the importance of framing, and fast- and slow-thinking to our decision-making. We know that in many circumstances our gut can be a false friend, steering us in a direction too-heavily influenced by our own subjective experience.

Nevertheless, hand-in-hand with the fallibility of our own reasoning is the accumulated experience of how it feels when something goes right. This is what gut feeling is to me: non-verbal knowledge. Years of trial-and error that leads to an instinctive, intuited indicator of success. This is one area where I would say to my younger self: “you will get smarter at this”. After all, there is one good thing about getting older: with greying hair and wrinkles comes wisdom, experience and a healthy portion of self-belief in decision making.

That’s why it’s so important to involve a diverse team at every stage, and encourage them to listen to their gut too. I think of it as widening the gene-pool of experience: hundreds of years and a whole world’s worth of diverse human interaction leading to a sense of connection that is as much felt as it is understood. I think that’s what Tim at Maze-One was talking about when he referred to the ‘energy in the room’.

It’s not something we can quantify ­– nor should we try to. But it is something that can be nurtured and improved. The growth imperative is rational, but the means to achieve it is emotional. The combination of the two is what makes collaboration not only possible, but rewarding, in all senses of the word.

Disclaimer: The article is written by Lars Lehne. In this article Incubeta CEO Lars Lehne explores the power of instinct as an M&A success factor.