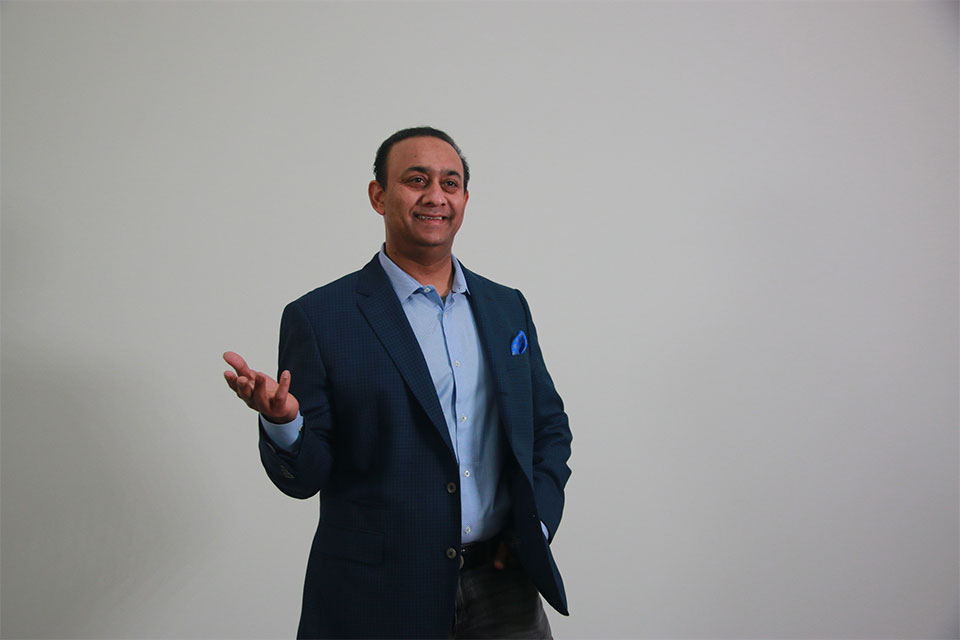 When we try to define entrepreneurial success, it’s not the numbers and accolades that evidently speak for a lot, but it is the real-time and measurable difference that an entrepreneur in their capacity makes. We have heard a multitude of success stories, from giving inspiring talks to appearing on magazine covers. But the real difference is measured and judged by the real difference they create in their field of work, and instead of headlines and magazine covers, the results speak for it.

We can quote many examples of entrepreneurs who have lived exciting lives, and their contributions have accounted for the measurable difference in the world. One of the most vibrant examples of it remains Dr. Srikanth R. Gaddam, whose entrepreneurial success and leadership are indeed storming headlines but Dr. Gaddam is rather most notably known in his community, among his peers, customers, and the people of his company. Dr. Gaddam is the Co-Founder and CEO of ERP Analysts, Inc., commonly known as “ERPA.” It is an Information Technology firm offering consulting and managed services. The company specializes in managed app services to mid-market corporations and the Fortune 5000.

Just like any globally arching tech company, ERPA was also started from a small area with two people at work. It was the story back in 2003 when some of the biggest companies in the tech sector today were only getting started. ERPA remains one of them, and it has continued to benefit under the prowess and leadership of Dr. Gaddam. To date, ERPA has grown into a magnificent empire with over-arching success and a 450 working for them and grossing over $85 million a year. And they are not only present in the United States but as far as the Caribbean Islands.

One of the fastest-growing IT managed services companies in the world, ERPA, has surely been on the radar of watchers. As a matter of fact, it has been consistently recognized by the Inc. Magazine as one of the 5,000 fastest growing companies in North America for ten years in succession.

Not just that, ERPA was honored to have been included in Deloitte’s Fast 500 and Columbus Business First’s Fast 50 lists. If that is not enough, ERPA has also been included in “101 National Best and Brightest Companies to Work For” and Business Frist #1 Best Places to Work in Central Ohio.

ERPA’s success is all credited to the tenacity of Dr. Srikanth Gaddam. Like many top Fortune 5,000 companies, they are headed by an inspirational figure, one whose ideas seem radical but are proven with quantifiable results. We are talking about individuals hungry for success and transforming peoples’ lives with the kind of work they do. Dr. Gaddam has built an emphatic reputation for it. He is well revered among his peers for his sheer determination, leadership qualities, and firm attitude. He is also highly regarded by his customers, who know what they sign up for and what they are entrusting Dr. Gaddam’s company with. For this fact, the customers of Dr. Gaddam have reported immaculate success in driving their technology architecture to greater heights, achieving with the help of ERPA the level of digital transitions which they always hoped for.

Dr. Gaddam’s career has revolved around success stories, and he is one professional who has taught the world a lot. He is also the famous author of bestselling books, including “Destination Success: Discovering the Entrepreneurial Journey (2017)”, “The Future of Disruptive Technologies: Impacts on Business, Workforce, and Societies (2020)” and the latest, “The Entrepreneurial Guide: The Key Principles of Building and Growing Your Business (2021)”.

Dr. Gaddam also Co-Founded Sponsor Kids Foundation, a non-profit, non-governmental, and non-religious social service organization, in 2011. Through Plan USA, Sphoorti, and World Vision, the Finance Kids Foundation would sponsor the education of children worldwide. He decided to enhance this concept by establishing the DublinPFS scholarship fund.

tweet
share on Facebookshare on Twittershare on Pinterestshare on LinkedInshare on Redditshare on VKontakteshare on Email
Anna PapadopoulosOctober 8, 2021