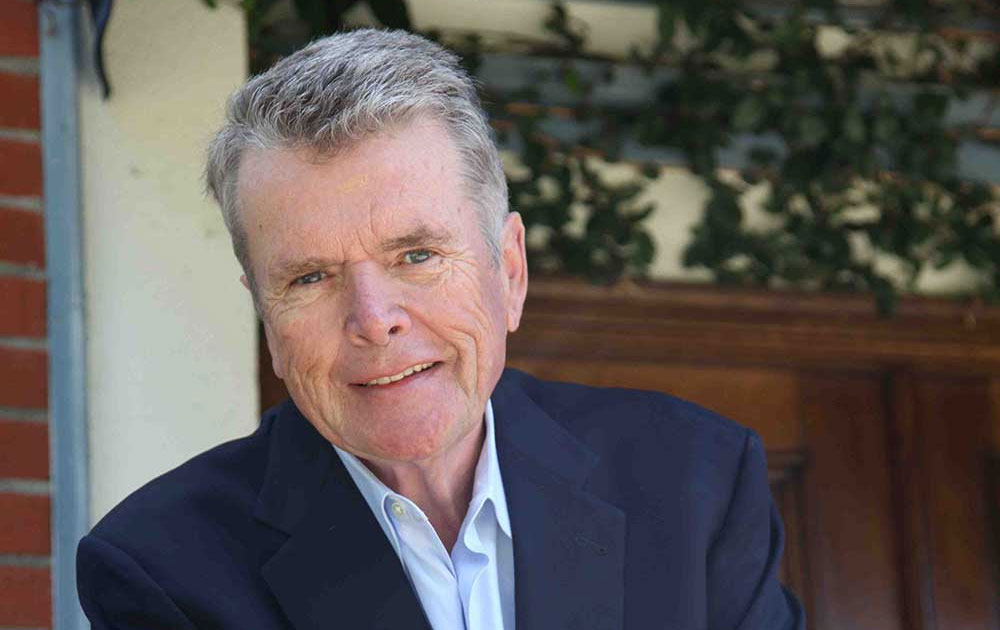 The reason that you should never say yes to the first offer (or counteroffer) is that it automatically triggers two thoughts in the other person’s mind. Let’s say that you’re thinking of buying a second car. The people down the street have one for sale, and they’re asking $10,000. That is such a terrific price on the perfect car for you that you can’t wait to get down there, and snap it up before somebody else beats you to it. On the way there you start thinking that it would be a mistake to offer them what they’re asking, so you decide to make a super-low offer of $8,000 just to see their reaction. You show up at their house, look the car over, take it for a short test drive, and then say to the owners, “It’s not what I’m looking for, but I’ll give you $8,000.”

You’re waiting for them to explode with rage at such a low offer, but what actually happens is that the husband looks at the wife and says, “What do you think, dear?”

The wife says, “Let’s go ahead and get rid of it.”

Does this exchange make you jump for joy? Does it leave you thinking, “Wow, I can’t believe what a deal I got. I couldn’t have gotten it for a penny less”?

I don’t think so—you’re probably thinking: “I could have done better. Something must be wrong.” Now let’s consider a more sophisticated example and put you in the other person’s shoes for a moment. Let’s say that you’re a buyer for a maker of aircraft engines and you’re about to meet with a salesperson who represents the manufacturer of engine bearings, something that’s a vital component for you.

Your regular supplier has let you down, and you need to make an emergency purchase from this new company. It is the only company that can supply within 30 days what you need to prevent a shutdown of your assembly line. If you can’t supply the engines on time, it will invalidate your contract with the aircraft manufacturer, who provides 85 percent of your business.

Under these circumstances, the price of the bearings you need is definitely not a high priority. As your secretary announces the arrival of the salesperson, however, you think to yourself, “I’ll be a good negotiator. Just to see what happens, I’ll make him a super-low offer.”

The salesperson makes his presentation and assures you that he can ship on time to your specifications. He quotes you a price of $250 each for the bearings. This surprises you because you have been paying $275 for them. You manage to mask your surprise and respond with, “We’ve been

paying only $175” (in business, we call this a lie, and it is done all the time), to which the salesperson responds, “Okay. We can match that.”

The second thought you’d have when the seller of that car said yes to your first offer is that something must be wrong. The second thought that the buyer of the bearings will have is, “Something must be wrong. Maybe something’s changed in the market since I last negotiated a bearing contract. Instead of going ahead, I think I’ll tell this salesperson that I’ve got to check with a committee and then talk to some other suppliers.”

These two reactions will go through anybody’s mind if you say yes to the first offer. Let’s say your son came to you and said, “Could I borrow the car tonight?” and you said, “Sure, Son, take it. Have a wonderful time.” Wouldn’t he automatically think, “I could have done better. I could have gotten $10 for the movie out of this”? And wouldn’t he automatically think, “What’s going on here? Why do they want me out of the house? What’s going on that I don’t understand”?

This is a very easy negotiating principle to understand, but it’s very hard to remember when you’re in the thick of a negotiation. You may have formed a mental picture of how you expect the other side to respond, and that’s a dangerous thing to do. Napoleon Bonaparte once said, “The unforgivable sin of a commander is to ‘form a picture’—to assume that the enemy will act a certain way in a given situation, when in fact his response may be altogether different.” You’re expecting them to counter at a ridiculously low figure, and to your surprise, the other person’s proposal is much more reasonable than you expected it to be.

Here’s an example: You have finally plucked up the courage to ask your boss for an increase. You’ve asked for a 15-percent increase in pay, but you think you’ll be lucky to get 10 percent. To your astonishment, your boss tells you that he or she thinks you’re doing a terrific job, and would love to give you the increase in pay. Do you find yourself thinking about what a wonderfully generous company you work for? I don’t think so. You’re probably wishing you’d asked for a 25-percent increase.

Your son asks you for $100 to take a weekend hiking trip. You say, “No way. I’ll give you $50 and not a penny more.” In reality, you have bracketed his proposal (see Chapter 1) and expect to settle for $75. To your surprise your son says, “That would be tight, Dad, but okay. $50 would be great.” Are you thinking how clever you were to get him down to $50? I don’t think so. You’re probably wondering how much less he would have settled for.

Power Negotiators are careful that they don’t fall into the trap of saying yes too quickly, which automatically triggers in the other person’s mind the following: “I could have done better, and next time I will.” A sophisticated person won’t tell you that he felt that he lost in the negotiation, but he will tuck it away in the back of his mind, thinking, “the next time I deal with this person, I’ll be a tougher negotiator. I won’t leave any money on the table next time.” 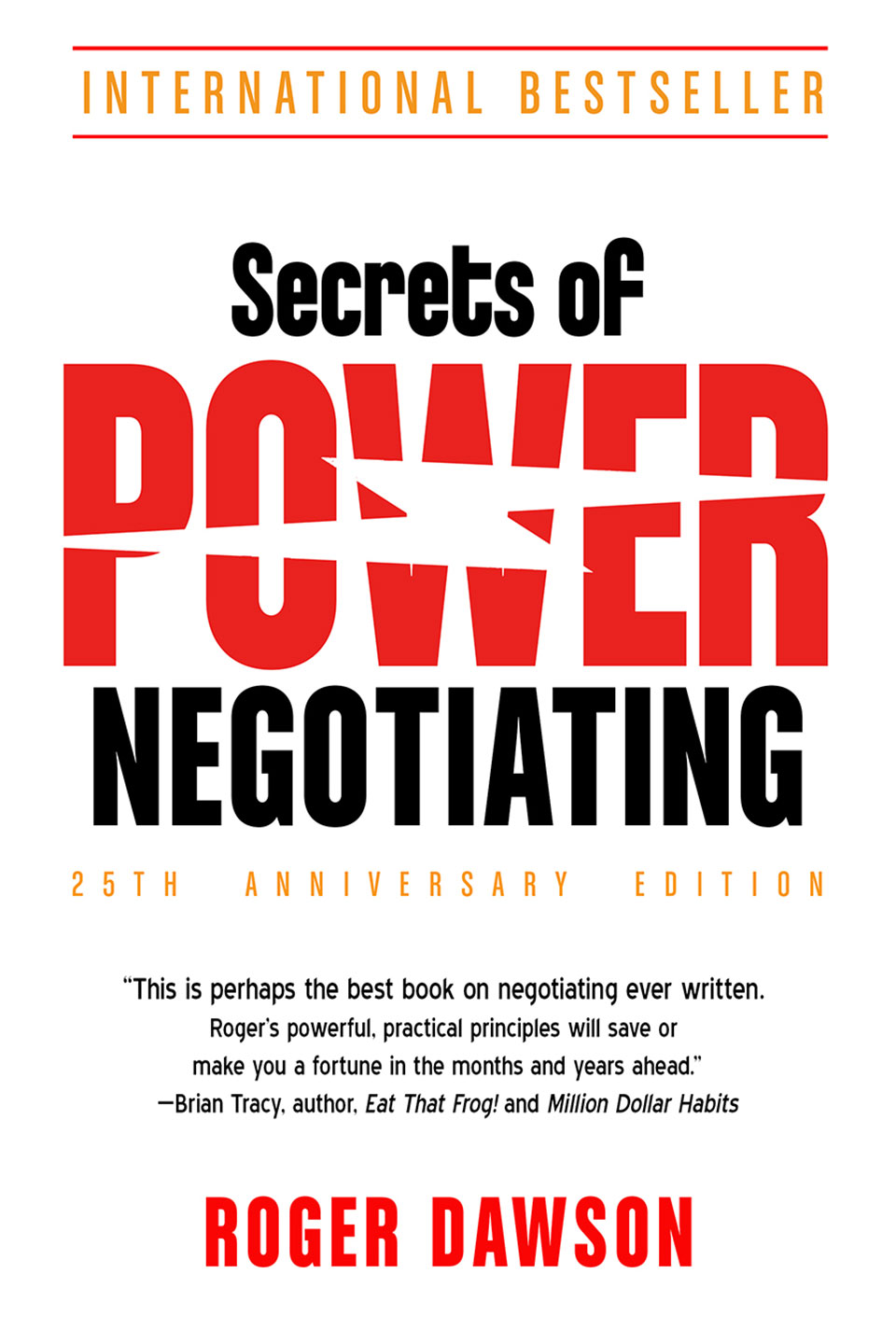 Something Must Be Wrong

Turning down the first offer may be tough to do, particularly if you’ve been calling on the person for months, and just as you’re about to give up, she comes through with a proposal. It will tempt you to grab what you can. When this happens, be a Power Negotiator—remember not to say yes too quickly.

Many years ago, I was president of a real estate company in southern California that had 28 offices and 540 sales associates. One day, a magazine salesman came in, trying to sell me advertising space in his magazine. I was familiar with the magazine, and knew it to be an excellent opportunity, so I wanted my company to be in it. He made me a very reasonable proposal that required a modest $2,000 investment.

Because I love to negotiate, I started using some Gambits on him and got him down to the incredibly low price of $800. You can imagine what I was thinking at that point. Right. I was thinking, “Holy cow. If I got him down from $2,000 to $800 in just a few minutes, I wonder how low I can get him to go if I keep on negotiating?” I used a Middle Gambit on him called Higher Authority (see Chapter 7). I said, “This looks fine. I do just have to run it by my board of directors. Fortunately, they’re meeting tonight. Let me run it by them and get back to you with the final okay.”

A couple of days later, I called him back and said, “You’ll never know how embarrassed I am about this. You know, I really felt that I wouldn’t have any problem at all selling the board of directors on that $800 price you quoted me, but they’re so difficult to deal with right now. The budget has been giving everyone headaches lately. They did come back with a counteroffer, but it’s so low that it embarrasses me to tell you what it is.”

There was a long pause, and he finally said, “How much did they agree to?”

There’s a postscript to this story. I’m always reluctant to tell stories such as this at my seminars, for fear that it may get back to the person with whom I was negotiating. However, several years later, I was speaking at the huge California Association of Realtors convention being held that year in San Diego. I told this story in my talk, never imagining that the magazine salesman was standing in the back of the room. As I finished my presentation, I saw him pushing his way through the crowd. I braced myself for what I expected to be a verbal assault. However, he shook my hand and said with a smile, “I can’t thank you enough for explaining that to me. I had no idea the impact that my tendency to jump at a quick deal was having on people. I’ll never do that again.”

Written by Roger Dawson. Adapted, and reprinted with permission from Career Press, Secrets of Power Negotiating, 25th Anniversary Edition by Roger Dawson is available wherever books and ebooks are sold or directly from the publisher at www.redwheelweiser.com

Tags :Founders Insider
tweet
share on Facebookshare on Twittershare on Pinterestshare on LinkedInshare on Redditshare on VKontakteshare on Email
Roger DawsonOctober 6, 2021

Roger Dawson is one of the country's top experts on the art of negotiating. As a full-time speaker since 1982, he has trained executives, managers, and salespeople throughout the U.S., Canada, Asia and Australia. He is one of only a few professionals in the world to have been awarded both the CSP and CPAE by the National Speakers Association, their two highest awards. He was inducted into the Speakers Hall of Fame in 1991. He is the author of Secrets of Power Negotiating. As founder of the Power of Negotiating Institute, he has a unique ability to translate lessons gained in international and corporate negotiations into skills that can be quickly learned and easily used by executives and salespeople.

Roger Dawson is an opinion columnist for the CEOWORLD magazine. You can follow him on LinkedIn. For more information, visit the author’s website.
view all posts