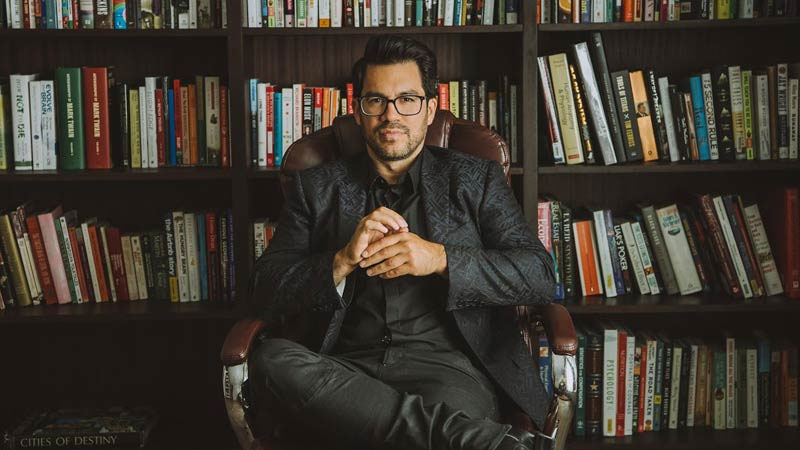 Which makes it seem strange that successful entrepreneur Tai Lopez is buying up these struggling brands, but there exists “a method to the madness.” We arranged a time to talk with Lopez and find out more about his latest endeavor, Retail Ecommerce Ventures, that he embarked upon with Alex Mehr.

Tell us about some of the companies that REV has rescued.

We’ve purchased a number of well-known brands, including Dressbarn, Pier 1 Imports, Modell’s Sporting Goods, and Radio Shack. All of these companies had been long-standing successes for many years, but the brick and mortar way of shopping has been dying out and unfortunately, these brands were suffering because of it.

Modell’s, for example, was a fourth-generation family-owned business. Mitch Modell told Fox News in 2017 that he believed people still wanted the value that comes with being able to physically touch merchandise. Unfortunately, this percentage of people just simply wasn’t enough at the end of the day.

Do you feel you have an advantage buying older brands, over investors who put money into newer companies?

Absolutely. I once met Kobe Bryant, and as he said, “Don’t try to recreate greatness. Go where greatness existed before.” Brands with high market penetration and great reputations are the way to go when investing. When you have a company that has an especially well-known name, you have customers who are loyal. As I mentioned to Forbes, by buying Modell’s, the real value we’re paying for is that little bit of trust where someone will feel comfortable entering credit card information, because they recognize the brand name and maybe even heard of it from a family member.

Brand loyalty is still really a big thing. Around 40% of consumers stay loyal to their beloved brands, even if they could find a cheaper deal elsewhere. It takes years, and maybe millions of dollars, to build the kind of name recognition and brand loyalty that Modell’s or Radio Shack already has in spades.

When we bought Modell’s, we weren’t after their chain of stores or their inventory — we wanted their logo and brand name, their email subscriber lists, and their loyal customer base. We can, and are, building them an effective ecommerce site and ramping up their social media marketing, but the trust that comes with the name was already there.

Did the collapse of brick-and-mortar stores really begin prior to COVID-19?

Oh, absolutely. I discussed in a Facebook video back in 2019 how Sears.com, which was “the Amazon of its day”, was going in and out of bankruptcy. That was a company that began in the late 1800’s, but they failed to change as the world changed. As I said in the video and I’ll say again, if you don’t change with the world, you disappear. And our world is going digital.

The data backs this up as well. CB Insights has what it calls the “Chart of the retail apocalypse” which begins in 2015, and Statista charts show that global ecommerce sales have been rising steadily since 2014. TIME magazine even ran a piece on the death of the mall in 2017, so this is a collapse that’s been a long time in coming.

How has COVID-19 affected your new endeavor of acquiring bankrupt companies and turning them into e-commerce successes?

The pandemic was the last straw for a number of brands that we all grew up with and probably thought would always be there. The bigger and more established the brand, it seems, the slower they were to get online and adapt to the new retail experience that consumers expect today. By 2020, when people had to shelter in place and loads of consumers wanted to avoid in-person shopping, they just couldn’t close the gap.

That means that there are more brands with huge audiences that are going under, giving us an opportunity to buy them, and at the same time, demand for online shopping has skyrocketed. McKinsey estimates that ecommerce grew 10 years within just 3 months in 2020, and that makes this an excellent time to launch or grow ecommerce businesses.  People are delighted to be able to buy from their favorite brands again, but this time online.

It seems like Lopez and his partner Mehr are onto a winner, at the same time as serving as knights in shining armor rescuing beloved brands from disappearing. Helping big retail names to pivot online makes sense, and consumers are showing their appreciation by shopping online at the new ecommerce stores.